Gurvinder Kaur is having a sleepless night ever since her 5-year-old child Aryan was taken away by the Norwegian Child Welfare Department (NCWD) from his kindergarten school in Oslo on charges of alleged child abuse case.

New Delhi: The mother of 5-year-old child Aryan who was taken away by the Norwegian Child Welfare Department (NCWD) from his kindergarten school in Oslo on charges of alleged child abuse case said that all charges levelled against them are false and fabricated.

Speaking to the CNN-News18, Aryan's mother Gurvinder Kaur claimed that they never abused their child.

"My son wants to return home and he is not eating properly. In last 10 days, we were allowed to meet our son only once. I am thankful to Union minister Sushma Swaraj for all her help," the heart-broken mother said.

"I was questioned by the police and I told them repeatedly that we never misbehaved with him. I would like to request the Norwegian authority to return our son soon. Please return my son," Kaur added.

ALSO READ: All You Need to Know About Child Protection Laws in Norway

Union Minister Sushma Swaraj on Friday sought a report from the authorities and said the government will represent the case on behalf of the child's mother who is an Indian national.

I have received the report. Father and son are Norwegian nationals. We will represent on request of the mother, who is an Indian national. https://t.co/zV6SIzpMpu— Sushma Swaraj (@SushmaSwaraj) December 23, 2016

Lawyer Svien Kjetil, who is representing the parents, said he is hopeful that the matter will be sorted out soon.

Aryan's father Anil kumar too spoke to CNN-News18 and claimed that the Norwegian authorities are pressurising his son to lie against them.

While refuting the charges, Kumar said, "They are coming up with new allegations everyday. We don’t know where my son is. They are pressurising my son to lie against us. We never indulged any child abuse case.”

He said, "Our lawyer is convinced and he said that the authorities have been wrong in the way this case has been handled. I just want my kid to be returned. The India ambassador has assured me that all help will be offered."

This is the third case since 2011 when children have been taken away from their Indian-origin parents by the authorities in Norway on the grounds of abuse. 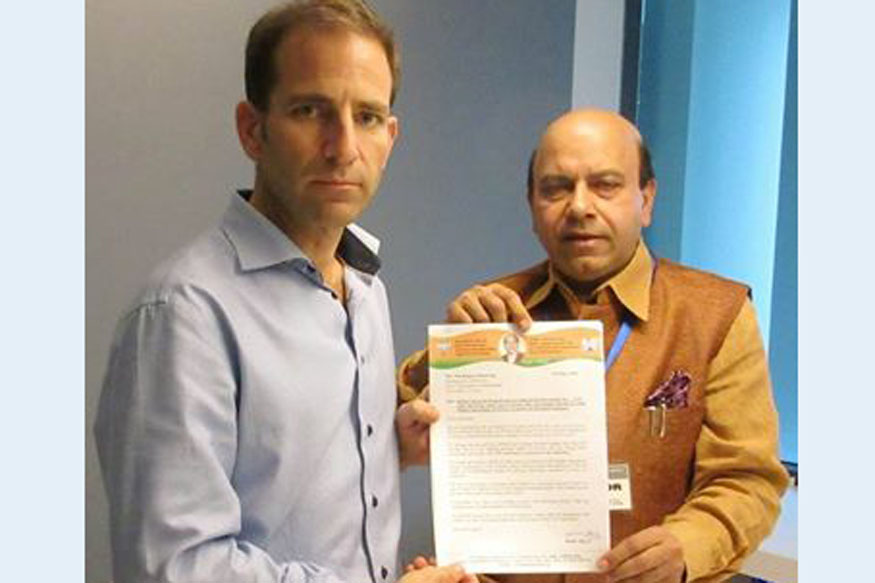 BJP leader Vijay Jolly raised concern over Aryan and gave a letter to Norway Counselor Baard Hjelde for his intervention in New Delhi.

In 2011, a three-year-old and a one-year-old were separated from their parents, prompting the then UPA government to take up the issue with Norway.

The Norwegian court later allowed the children to be reunited with their parents.

In December 2012, an Indian couple was jailed on charges of ill treatment of their children, 7 and 2 years. Later, they were sent to their grandparents in Hyderabad.