Not Just Mumbai & Assam, Rains Wreak Havoc Around the World as Over 10L Marooned in B’desh; Many Indonesians Killed Too

The IMD Mumbai centre issued an 'orange' alert for Mumbai region and other coastal districts of Raigad, Ratnagiri and Sindhudurg as well as Pune in western Maharashtra for Wednesday.

After Mumbai inched closer to its 100 per cent required rain mark for July on Tuesday, the India Meteorological Department (IMD) warned of 'heavy to very heavy' rainfall in isolated places in the city and other districts of Maharashtra including Thane and Palghar.

The IMD has issued warnings of heavy rains in Mumbai city and its suburbs on Wednesday. In its tweet, the Brihanmumbai Municipal Corporation (BMC) has requested citizens to follow all necessary precautions, stay away from the shore and not venture into water-logged areas. A 3.28-metre High Tide is also expected at 7:02 pm.

The weatherman's Mumbai centre issued an 'orange' alert for Mumbai region and other coastal districts of Raigad, Ratnagiri and Sindhudurg as well as Pune in western Maharashtra for Wednesday. A 'yellow' alert was issued for Kolhapur, Satara, Aurangabad and Jalna districts. 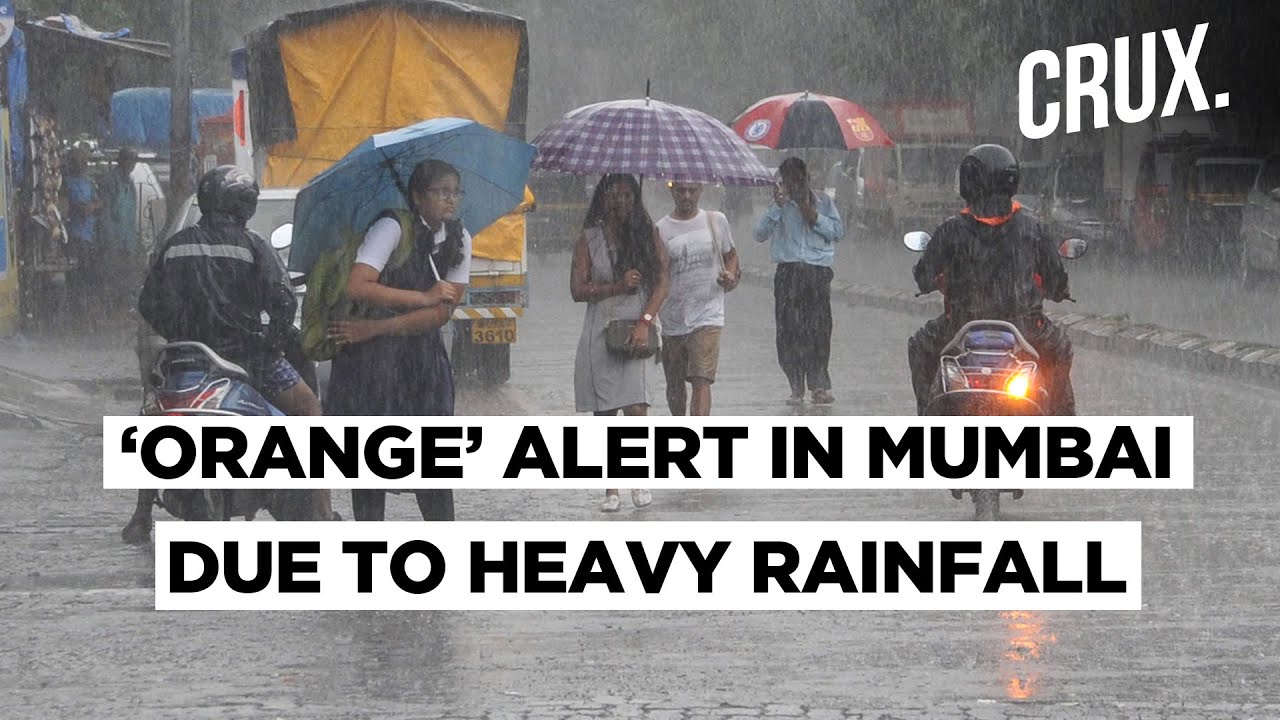 The Santacruz weather bureau in suburban Mumbai recorded 86.6 mm rainfall from 8.30 am to 8.30 pm on Tuesday, while the Colaba weather station reported 50.4 mm rainfall during the same period.

On Thursday, heavy rainfall is expected in some places in Konkan and the intensity will decrease later, an official from the weather department said.

Besides, nine more people died in flood-related incidents in Assam on Tuesday and 33 lakh people across 28 districts of the state are affected by the deluge, as per an official bulletin.

Three persons died in Dibrugarh district, two each in Tinsukia and Barpeta, while one each in Biswanath and Golaghat districts, according to the daily flood bulletin of the Assam State Disaster Management Authority (ASDMA).

So far, 85 people have lost their lives in the state in flood-related incidents.

Heavy flooding is also worsening in parts of Bangladesh, with over 10 lakh villagers marooned or leaving their homes for higher ground along with their cattle and other belongings, officials and volunteers said on Tuesday. Water levels at major rivers were rising at around two dozen points in 20 districts.

Many new areas in northern, northeastern and central Bangladesh have been affected over last 24 hours, Arifuzzman Bhuiyan, an executive engineer with the Water Development Board, said by phone. Bhuiyan said heavy rainfall and rushing waters from upstream India were the main reasons for the floods in the delta nation of 160 million people, which receives monsoon rains between June and October every year, often leading to flooding.

The flood affected more than 4,000 residents of six sub-districts in North Luwu.

Heavy rains cause frequent landslides and flash floods in Indonesia, where millions of people live in mountainous areas or near flood plains.