‘Not Our God’: How Tribals' Demand for a Separate Religion is Impacting Jharkhand Elections

In poll-bound Jharkhand, the key political parties are heavily banking on the Sarna religion code that relates to the demand for a separate identity in the Census for the tribal people who worship nature and are presently categorised as ‘Hindu’ or ‘Others’.

One has to cross eight signboards that read 'Sharan' in red, bold, capital letters to reach the tribal activist's house.

Ranchi/Gumla: Every sunrise is a moment of prayer for Sharan Oraon. The tribal writer, activist and musician lives in the capital city of Jharkhand, but the road to his house is almost like a puzzle. One has to cross eight signboards that read 'Sharan' in red, bold, capital letters in a yellow background tin-board.

A red and white stripped flag greets you at the door. It’s the Sarna flag.

“It is very different from the Hindu religion,” says Sharan when asked about the Sarna religion.

A long-pending demand of a separate religion code has been promised by both the Congress and Bharatiya Janata Party (BJP) in their election manifesto.

In poll-bound Jharkhand, the key political parties are heavily banking on the Sarna religion code that relates to the demand for a separate identity in the Census for the tribal people who worship nature and are presently categorised as ‘Hindu’ or ‘Others’.

“The Sun is our father, Sarna is our mother,” says Sharan as he explained how tribals worship the environment — the forests, land and the Sun. “Our lives are in the lap of Mother Nature, and that's who we worship,” he adds.

In April, tribal representatives from about 19 states gathered at Jantar Mantar in Delhi and held a silent protest for an entire day.

The tribals who took part in the protest were demanding the right to choose tribal or aboriginal religion as an option in the Census as well as other forms.

“It’s like we don’t have an identity at all,” says Vandana Tete, a writer, who has written extensively on tribals, adding. “Someone who is not Christian, Muslim or Sikh need not be Hindu. There's an idea that the Hindu religion is on top of the hierarchy.”

The tribals say that with no option for them to tick under the religion section on various forms has led them to be counted under different religions and this has caused great harm to their communities. 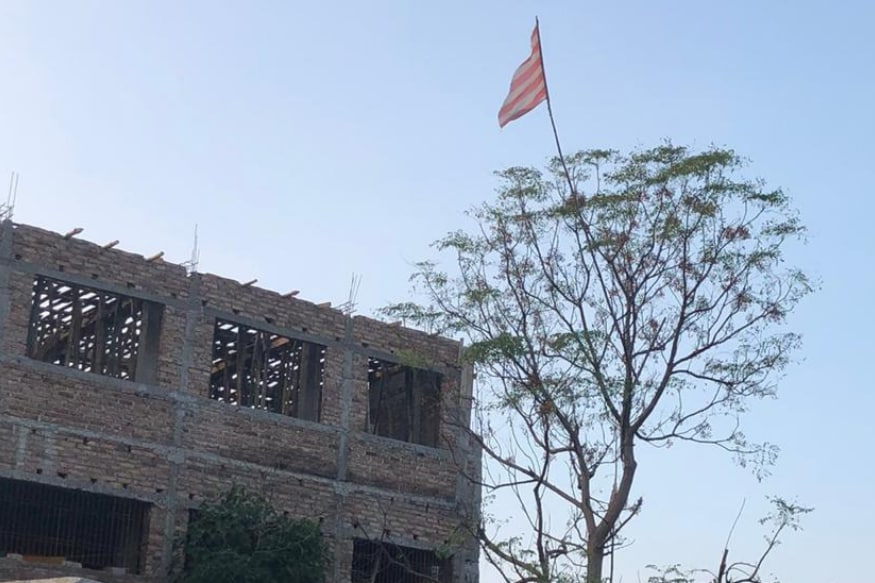 Demand For a Separate Religion Code and the Politics

While tribal communities follow different religious practices and traditions, in addition to speaking different languages, they are united in their demand — a specific religious identity at the national level so that they don't have to seek refuge in another religion.

At present, the Census form has only six options under the religion column — Hindu, Muslim, Christian, Buddhist, Jain, and Sikh.

“If we do not consider ourselves followers of any of these religions, which option should we choose?" asks Lakshmi Kumari, an activist who works with AALI (Association for Advocacy and Legal Initiatives).

Until 2011, there was a seventh option, “Others”, in most of forms and most of them used to opt for it. Even that has been done away with.

According to the Census of India 2001, as many as 45.1 per cent of the tribal population follow other religions and persuasion.

Lakshmi gets excited while talking about the two festivals that local tribals celebrate — Sahrul and Karma in April and September, respectively.

“It’s the forest we celebrate during the festivals. That's our sarna,” she explains.

“A lot of tribals have converted to different religions — Hinduism or Christianity. However, quite a few of them come back to our faith. All of them come and celebrate with us," she says. Historically, tribes in Jharkhand follow ‘Sarna Dharm’ and worship nature, particularly trees. However, with the advent of Christianity in the Nineteenth century, many of tribals embraced the new religion or were converted. The Christian population in Jharkhand is about 4.1 per cent (Census, 2001), of which a majority are tribals.

The election promise sounds like a ray of hope to Laskhmi. “It’s about time we have a separate religion code, we have an identity,” she says. After a pause, she adds, “But politicians don’t care about all this. This promise is just to win our votes.”

Why Tribals are Not Happy

Back in 2014, there was a huge controversy among Christian and non-Christian tribals over the portrayal of a statue of Mother Mary at Singpur village in Dhurwa near Ranchi.

The statue showed a dark-complexioned woman wearing a white sari with a red border, carrying infant Jesus in a sling.

Bandhan Tigga, the then ‘dharamguru’ (priest) of Sarna Society, representing 32 tribes, had said he considered it as a design of the Church to lure and confuse non-Christians tribals to establish Mother Mary as Maa Sarna.

“Anybody can wear a white sari with red border but making Mother Mary wear it seems to be a tactic to convert the Sarna tribals into Christianity. Mother Mary was a foreigner and showing her as a tribal woman is definitely not correct,” he had said.

Now, the tribals fear the ‘Sarna’ religion is becoming a reflection of the 'Sanatan Dharma', a term used in Hinduism to denote the “eternal” or absolute set of duties or religiously ordained practices incumbent upon all Hindus, regardless of class, caste, or sect.

“Hindus are taking away our demand for a separate religion — Sarna — and turning into Sanatan Dharma,” says Vandana.

Sharan says that over the last few years, tribals have now started doing Chhath Puja, a Hindu festival popular among the residents of Bihar, Jharkhand and Uttar Pradesh and the Madhesh region of Nepal. Sharan Oraon teaches tribal music. These are the musical instruments at his home

He also points out that a ‘Sarna maa’ (deity) was only formed in the last couple of years. "We didn't believe in deities, Sarna is the simple place we worship. But now we have a deity,” he adds.

“This is just a game, jhunjhuna dikhana (a distracting ploy)...,” Tete says.

The writer-activist says that despite the long-pending demand, successive governments have done nothing for the tribals.

“Just putting a tribal chief minister out there is not enough. They cannot take most of the decisions and becomes a puppet in the hands of the Delhi government,” she adds.

Vandana says the idea that tribals are ‘backward’ have always existed. "We used to eat makka, but we were told that's what animals eat. Gradually, tribals changed their food habits. Now, science shows that what we used to eat were good for our health. But we were demoralised and our food habits were forcibly changed. Now, the government is giving us the exact food and telling us this is nutritious for us.”

“This idea of who is better is also extended to religions… We are told that Raavan is evil, that he should be killed. But who are they to tell us who is evil and who is good?

“Tribals believe that every object of worship is good and evil — nature is good, but it can also kill you. And that's why we worship nature. This is our religion. Simple," Vandana says.

In Gumla’s Nagar Siskari village, a primary school teacher asks the mother of a student in her class to change her last name from Kumari to Oraon.

"My parents made the mistake of keeping my last name as Kumari, you shouldn't do that for your daughter," she says.

The tribals feel that a lot of them who dropped their native names and switched to Kumar and Kumari were counted in the Census as Hindus.

"That is why I insist that parents stick to the names that clearly reveal that their children are tribals," she says, adding, “Our names are the only way to assess our identity now.”