Delhi's average of 3,255 Covid-19 cases of the past three days is way higher than the corresponding average of Mumbai which stands at 1,234. If the trend continues the city may soon overtake Mumbai.

India’s three megacities – Mumbai, Chennai and Delhi (M-C-D) account for nearly 40 per cent of the country’s total Covid-19 cases. While the cases in the national capital have tripled since Unlock 1.0, the growth in Chennai is marginally slower and Mumbai’s rate of growth has significantly dipped. Delhi has witnessed three successive days of 3000-plus cases. Its average of 3,255 cases of the past three days is way higher than the corresponding average of Mumbai which stands at 1,234. The city is fast catching up with the financial capital and may soon overtake Mumbai if the current trend continues.

The national capital was reporting approximately half the cases of Mumbai till the end of Lockdown 4.0 but numbers have exponentially gone up post lifting of the restrictions since June 1. 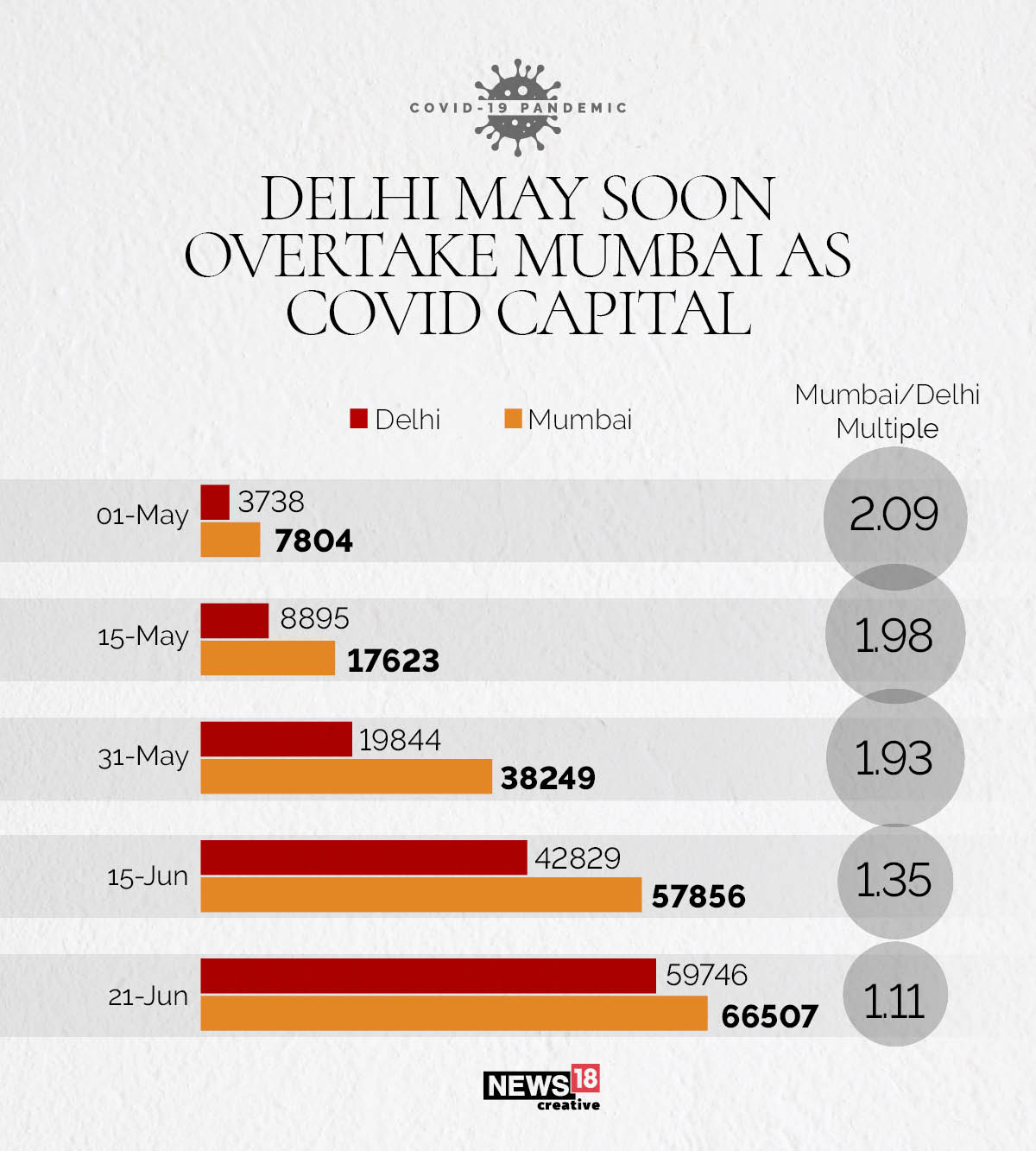 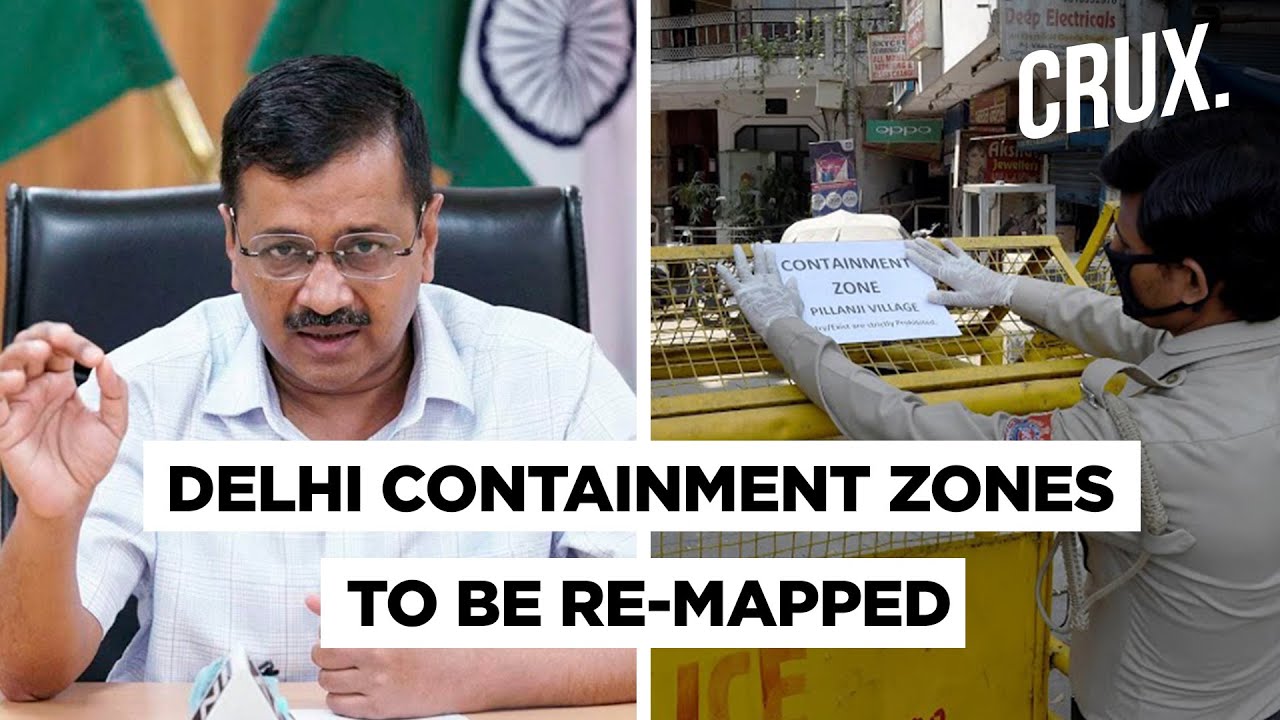 What has compounded the problem for Mumbai-Chennai-Delhi is the rise in the number of cases in their larger metropolitan areas and neighbouring districts. Gurugram reported an overall Positivity Rate of almost 19 per cent as on June 21 – ie, one in every five people tested in the city is positive. This, coupled with the rapid spike in cases, could lead to an exponential rise in the number of cases in the upcoming days.

While in Faridabad residents witnessed a massive surge in cases in June and more worryingly, also reported 52 deaths. Its Mortality Rate of 2.48 per cent is higher than the state average of 1.5%. Together, Gurugram and Faridabad account for 60% of the total number of cases in Haryana.

Sonipat and Baghpat (in Uttar Pradesh) have also seen the number of cases quadruple in June. Rohtak saw an alarming rise post-Unlock 1.0 which has largely gone unnoticed – the number has risen by more than 13 times.

And in Ghaziabad where 41 people died out of 818 positive cases means that the Mortality Rate is as high as 5.01 per cent.

Amid the spike in cases in Tamil Nadu, Chennai and its three neighbouring districts of Chengalpattu, Kancheepuram and Tiruvallur are in Lockdown till June 30. While the capital city accounts for two-thirds of the state’s cases, there has been a steeper rise in Chengalpattu and Kancheepuram districts.

Together, these 4 districts account for nearly 80 per cent of the total number of cases in Tamil Nadu. The three neighbouring districts of Mumbai – Thane, Palghar and Raigarh – all have reported a higher rate of growth than Mumbai post-June. Amid districts with more than 1000 cases, Palghar, located just north of Mumbai is one of the worst-affected with a three-time rise in the number of cases this month. Raigarh has reported a relatively higher Mortality Rate of 3.71 per cent though it remains lower than Mumbai which has seen its rate increase to 5.45 per cent.

Mumbai and its three neighbouring districts account for 71.29% of the total number of cases in Maharashtra.

While Mumbai-Chennai-Delhi fight their own battles with Covid-19, a rise in the number of cases (and deaths) in their larger metropolitan regions will only compound their problems and make containment that much tougher.

However, the administration has ramped up its efforts to control the spread of the virus in these megacities. But with open borders and free movement of thousands of daily commuters, municipal authorities could face a fresh set of challenges.