The prime minister said his government has taken an integrated and holistic approach to deal with the challenge of malnutrition.

PM Modi made these remarks on the eve of India taking a seat at the UN Security Council as an elected non-permanent member for a two year term that starts on January 1, 2021.

Prime Minister Narendra Modi on Monday said that The United Nations faced a “crisis of confidence without comprehensive reforms,” and added that the world required a reformed multilateralism that bespeaks the realities of today, gives voice to all stakeholders and engages with contemporary challenges.

PM Modi made these remarks on the eve of India taking a seat at the UN Security Council as an elected non-permanent member for a two-year term that starts on January 1, 2021. “We cannot fight today’s challenges with outdated structures. Without comprehensive reforms, the UN faces a crisis of confidence,” Modi said on Monday during his video address to the High-Level meeting of the General Assembly to begin the 75th anniversary of the United Nations.

He pointed out that the declaration, too, took cognisance for the need of reform of the United Nations itself. Modi said, “While much has been achieved, the original mission remains incomplete. The declaration we are adopting today acknowledges that work still needs to be done in preventing conflict, ensuring development, addressing climate change, reducing inequality.”

In the Declaration, the Heads of State and Government had reaffirmed their commitment to leave no one behind, preserve the planet, promote peace and prevent conflicts, abide by international law and ensure justice, place women and girls at the center, build trust, improve digital cooperation, upgrade the United Nations, among other issues. 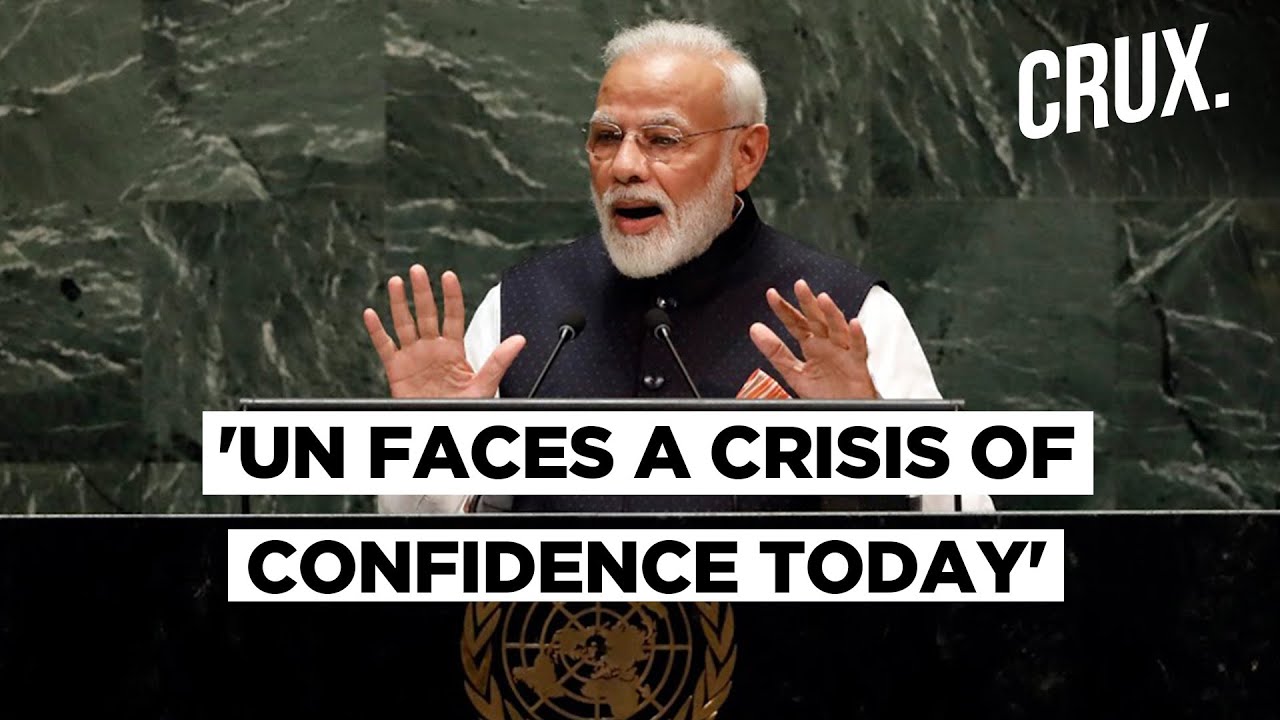 This year’s high-level UN General Assembly is being organised in a virtual mode as world leaders did not travel to New York for the annual meeting due to the coronavirus pandemic. Heads of State and Government and Ministers submitted their pre-recorded video statements for the high-level week, including the special commemoration of the UN’s 75 years and the General Debate. India’s Permanent Representative to the UN Ambassador TS Tirumurti introduced Prime Minister Modi’s pre-recorded statement from the UN General Assembly Hall.

Notably, in the Declaration, the Heads of State and Government also observed that today’s world is very different from what it was when the United Nations was established 75 years ago.

“We support the ongoing reforms by the Secretary-General, we reiterate our call for reforms of three of the principal organs of the United Nations. We commit to instill new life in the discussions on the reform of the Security Council and continue the work to revitalise the General Assembly and strengthen the Economic and Social Council,” PM Modi said.

He added that India has been leading decades-long efforts to reform the Security Council, saying a structure established in 1945 does not fully show the contemporary realities of the 21st century and is not adequately-equipped to take on current challenges. PM Modi underscored on the fact that as a founding signatory of the UN charter, India shared values, which showed India’s own tenets of ‘Vasudhaiva Kutumbakam’, which views all creation as a family.

“Our world today is a better place because of the United Nations, the prime minister added.