The campus of Institute of Information Technology and Management (IITM) in Silani village of Sohna, Haryana now lies deserted.

The number of vacant engineering seats has risen by approximately 35 percent in the last 5 years. Almost all colleges promise 100 percent campus placements but only four out of ten engineering graduates find jobs.

Sohna, Gurugram: Multi-acre, sprawling campuses with lush green fields, intimidating buildings and state-of-the-art equipment. This would have been a perfect fit for a marketing brochure, but these ideal modern-day colleges have the most essential parameter missing — students.

Once bustling with activity, the Institute of Information Technology and Management (IITM), spread across 12 acres, now stands lonely in Silani village of Sohna, Haryana. Forces of nature have broken window panes, owners have brought down air-conditioners, leaving enough space for birds to weave their homes and street dogs to find shelter. The deserted campus is now survived by three guards and unfulfilled aspirations. 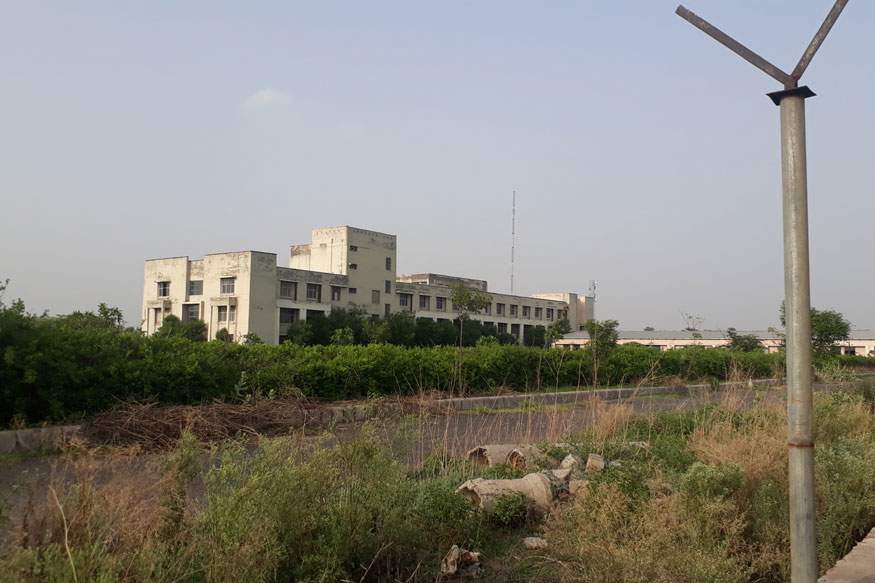 All India Council for Technical Education (AICTE), the regulatory body for technical education in India, approved closure of the college in the academic year 2017-18, merely two years after it was opened. The BTech courses require four years for completion. However, the owners decided to pull the plug, leaving several students in a limbo. The college is part of a larger chain of IITM institutes spread across the national capital region (NCR).

Once a security guard, now a guide for those looking to buy the college property, the 46-year-old man on the vigil has strict instructions from his masters to not let journalists inside. Talking from the other side of the large iron gate that leads into the eerie campus, he refuses to divulge his name and says, "the college was up and running in 2015 and closed down due to financial constraints. That's all I know and I will not let you inside unless you have official permission from the owners."

Three kilometres away from the college, Rajesh Batla, 21, is having his morning tea at a shop close to his house in Silani. He used to study electrical engineering in the very college, he is now looking for a way to somehow garner a degree.

"I was part of the first batch in the college. I was going to be the first engineer in my family. After the college closed, we obviously had no options left. I am now applying for a degree in bachelors in science from a local college to become a graduate and start working," he says, sipping into his half-filled glass of tea, evidently frustrated at how things transpired.

Rajesh has a humble background. His father drives a rented car and ferries passengers from Sohna to Gurugram and on better days drives to Delhi. His mother takes care of household chores. The monthly expenditure of the family inflated once he made it to the engineering college but the sole bread-earner never complained because he hoped for a brighter future for his son. Rajesh also has a sister who attends a nearby school and wants to become a doctor when she grows up.

The quest for engineering is Rajesh's only shot at matching up to his urban counterparts. "Engineering colleges in these semi-urban or partially rural areas are all the more important. They give us a chance to find jobs in cities and compete with English-speaking people," he says.

Unoccupied seats is the leading reason for colleges like these calling it quits. IITM is one of 95 other colleges in India approved for closure in the academic year 2017-18. In the same year, technical colleges saw 46.66 percent vacant seats resulting in over 16 lakh vacant seats.

The numbers were higher in the academic year 2016-17 with 47.22 percent seats remaining vacant.

The number of vacant engineering seats has risen by approximately 35 percent in the last 5 years. However, new engineering colleges do not cease to mushroom. As a lure for parents and students, almost all colleges promise 100 percent campus placements but only four out of ten engineering graduates find jobs.

One needs to remember that AICTE approves for progressive closure, meaning the college is barred from taking in fresh students but may allow the existing ones to complete their graduation. However, that was not the case in IITM, Sohna. Meanwhile, Rajesh is soon joined by his former classmate, 21-year-old Prakash. The two meet every morning to discuss future course of action while they walk to the shop right opposite their former college. With the institute closing down, the shop has suffered a dent in customers as well.

"All of us used to assemble here (the shop opposite the college) every morning before classes. Now it's all empty," says Prakash, who is holding a list of colleges they can apply to.

Neighbours and friends of the two studying in other colleges are off to summer-internships. Prakash's family has been pressurising him to join the family business and quit studies. His father along with his uncle run a meagre iron-welding shop in the nearby area. Prakash has no plans of working in the shop and leading a life like his father's. However, situations demand otherwise.

Meanwhile, News18 reached out to Hitesh Yadav, claiming to be the owner of the college and former associate professor Dr. Prasenjit Paul but both denied to talk citing reasons of prior engagements keeping them busy.

AICTE had in February 2018, revealed that they had floated a total of 800 notices to engineering institutes all over the country for closure including 80 government-run institutions. The regulatory body maps and sends notices to those colleges who are unable to fill 30 percent of their stipulated seats providing them a recoup time of five years after which closure is mandated.

Back in Silani, the local food stall is more of a hide-out spot for the boys. Neighbours and friends in other colleges head for their summer internships every morning, leaving doubtful stares and questioning expressions on their parents' faces.

Much like the other days, the glass of tea is near empty. Another morning of discussion with no results is over. Rajesh and Prakash are yet to find a college to study in.

(This story is part of News18 series #onthejob. The next story delves into how fresh graduates from premier colleges are grappling with joblessness)