The best-case scenario for the BJP in Odisha would be to cash in on the fear factor and use pressure tactics to bring Patnaik back into the NDA.

New Delhi: After the BJP’s dramatic return to power in Bihar that brought Nitish Kumar back into the NDA fold, now Delhi’s political circles are abuzz with talk of its plans for Odisha. Will an even stronger BJP go for the kill or woo old ally Naveen Patnaik back in its camp? Many believe that time is ripe for the BJP to strike it hot in Odisha.

BJP president Amit Shah has been criss-crossing Odisha and during one such visit in the first week of July, he said time has come to throw out the Naveen Patnaik government and went on to claim that the BJP would win 120 out of 147 assembly seats in 2019.

Can the BJP win 120 seats in Odisha? In the current House, the party has only 10 members as against the Biju Janata Dal (BJD)’s 117 seats. Only 74 seats are required to form the government in Odisha. Amit Shah’s claim of 120 seats is certainly an exaggeration and could be aimed at invigorating the party workers.

Unmissable are the BJP flags fluttering across the thoroughfares of major towns in Odisha and those coordinated hoardings of PM Modi-Shah-Dharmendra Pradhan greeting Odias on the occasion of Rath Yatra. The BJP workers are definitely enthused and trying very hard to secure the state.

But the question is will this be enough to win. Can the BJP indeed oust Patnaik who has not lost an election since 2000 and has never been in the opposition? 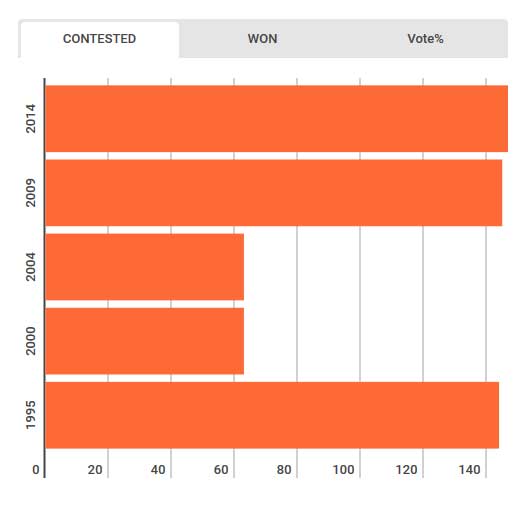 If one follows Kendrapada MP Baijayant Jay Panda’s Twitter timeline then it may seem that all may not be well within the BJD ranks. But that’s far from the truth. Panda is a darling of the Delhi media circle, but certainly not a force in the BJD. Truth told, almost all BJD leaders have been winning their seats in the name of Patnaik.

Ever since the BJD lost some ground in panchayat polls last January, Naveen Patnaik has gone into overdrive. The state government has launched an advertisement blitzkrieg. Patnaik has been aggressively selling his government’s development schemes on social media, newspaper and TV ads and huge billboards. He has been more active than he was before the panchayat polls.

It’s another matter that images of people carrying dead bodies and pregnant women on their own shoulders for lack of ambulances continue to haunt his government. A heavy downpour for a couple of hours in July had brought the capital city Bhubaneswar to its knees. Even some of the posh areas were totally inundated, exposing the tall claims of the state government. Luckily for the BJD government, the much-touted Asian athletic meet had concluded just a day before. 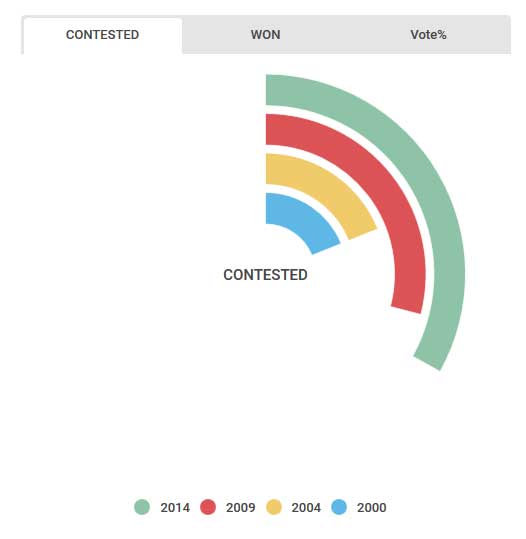 Despite all these, Naveen Patnaik still continues to be the most popular leader in Odisha and on the ground there’s no indication that he could lose ground to the all-powerful BJP. Even the talk of his illness has died down. Besides, there is no big personal corruption charge against the chief minister.

One important reason of Patnaik’s success can be attributed to the death of the Congress in Odisha. The party is much hated and its slide in the state has still not been arrested.

The BJP also has its own set of problems. The average voter is yet to warm up to the BJP. He/she may continue to punish the Congress but it’s still the opposition party in his/her eyes. Modi surely is the towering leader at the Centre, but many in Odisha say the party doesn’t have any tall leader who can match up to Patnaik’s stature. There is no guarantee if the grand celebration of Paika Bidroh (sepoy mutiny) will fetch BJP any political dividend.

Also working in Naveen Patnaik’s favour is what a sociologist had once said - people of Odisha and Madhya Pradesh have low expectations from their governments. People are generally content with the little development that has taken place.

The best-case scenario for the BJP in Odisha would be to cash in on the fear factor and use pressure tactics to bring Patnaik back into the NDA and be a junior partner to the BJD. But as one senior BJD office-bearer put it, “allying with the BJP means playing second fiddle to PM Modi and Amit Shah. Why will Naveen Patnaik do that when the party is confident of increasing its own tally from 117 to a minimum of 125 seats?”

The BJP in its desperation to dig out corruption charges like in other states has so far found nothing against Patnaik that would stick.

Patnaik has supported the BJP on demonetisation, GST and recently its presidential nominee Ram Nath Kovind, giving rise to speculation of him leaning towards the BJP. But that can be best read as playing it safe and nothing more.

Armed with a slew of populist measures and a very strong cadre base, the Odisha CM is clearly sitting pretty. Riding only on the Modi wave and development agenda, how much of a dent the BJP can make in Odisha in 2019 still remains a big question.

So, now Odisha? Maybe not yet. Odisha is still not Bihar and Naveen Patnaik is certainly not a Nitish Kumar.