The army of volunteers, including ministers, electricians, plumbers, snake catchers, bureaucrats and others, will camp for the next three days in Kuttanad, the first area to be hit by the floods that have killed more than 300 people.

Achyuth Punnekat
Alapuzha: It’s not often that one sees Kerala’s khadar-clad ministers rack up their mundus, roll up their sleeves and get down to some thorough scrubbing. But the flood-ravaged state has forced every resident, including political leaders, to hit the streets.

In one of the biggest cleaning missions following a natural calamity in India, more than 60,000 volunteers from all walks of life have descended on Kuttanand in Alappuzha district.

When Chief Minister Pinarayi Vijayan was asked how he would tackle the massive challenge of rebuilding the state, he had said, “We will all simply get down to it. Home owners can’t do it themselves, can they?”

When residents on Tuesday saw PWD minister G Sudhakaran cleaning soiled floors, they knew the state administration had delivered its promise. In fact, ministers from other states have also arrived in Kuttanad for the drive. 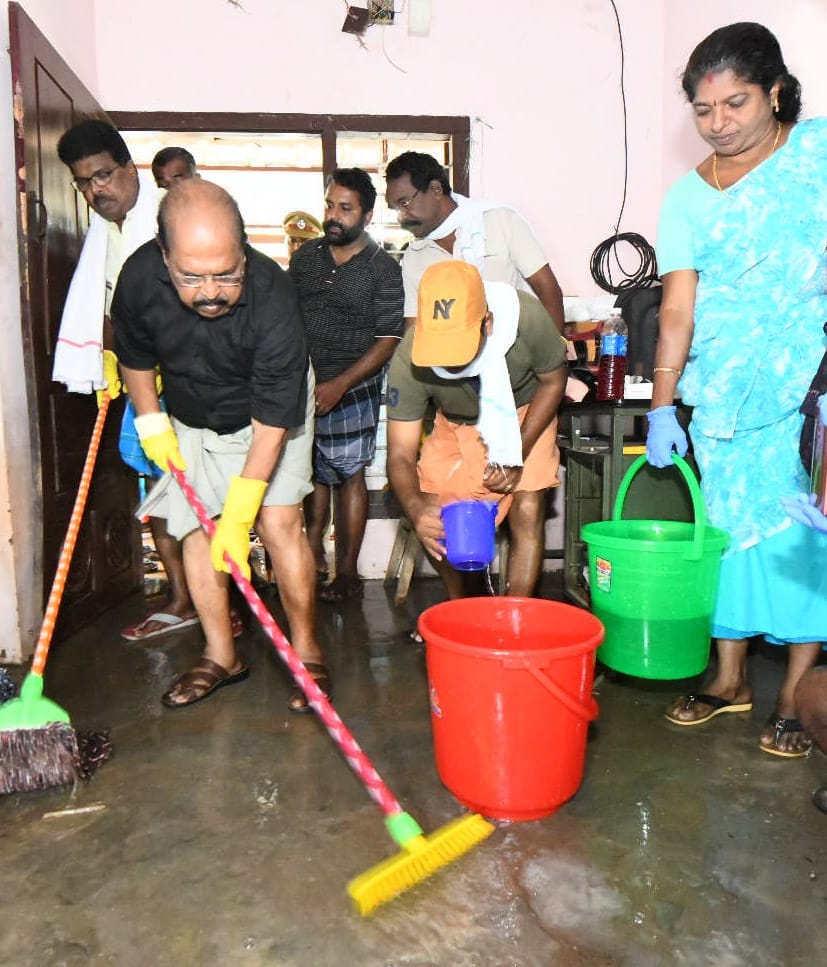 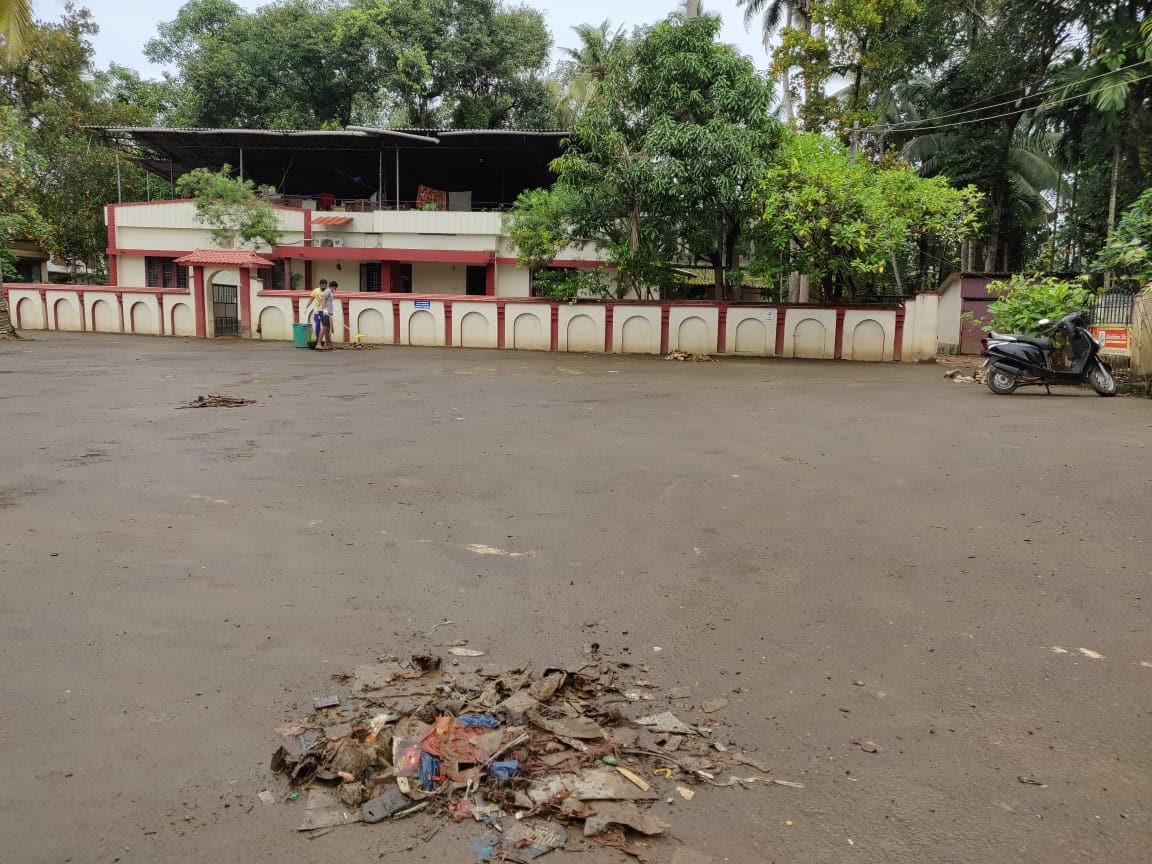 A road near Chakkulath Temple after the clean-up. (Aishwarya Kumar/News18.com)

The army of volunteers, including ministers, electricians, plumbers, snake catchers, bureaucrats and others, will camp for the next three days in the town, the first area to be hit by the floods that have killed more than 300 people.

Although, volunteers have been working round the clock in places like Ernakulam to clean homes, the focus turned to South only when the Kuttanad clean-up campaign kicked off. SUCI and PICCOS volunteers during the clean-up at Neeretapuram in Kuttanad on Tuesday. (Aishwarya Kumar/News18.com)

The operation is being controlled from SDV School in Alappuzha, where district officials are busy directing teams of volunteers. An action plan had been put in place on Monday evening when the administration had convened a meeting under collector S Suhas.

Sudhakaran, the tough talking, poetry writing and former lawyer, took the lead in directing the clean-up operations at the home of a farmer.

We asked him how it felt to get down to brass tacks. Pat came the reply, “Am I not an ordinary person? I am from this land. I know every field, every path in this place. I am not like some central ministers who talk about Kerala sitting in Delhi. If you are a minister, you have to get your hands dirty… help the people.”

At the finishing point of the Nehru Trophy Boat Race on Punnamada lake, a massive operation is also on simultaneously to send relief material to areas which are still inaccessible by road.

Hundreds of boats are being loaded under the supervision of Kerala Finance Minister Thomas Isaac. Isaac told News18, “90 per cent of volunteers who had registered online for this campaign, have now reached Kuttanad. Most of them are students and young professionals. We are hoping to bring in more volunteers from across the state and outside.”

Tipper lorries, once seen as bane of Kerala roads, played a heroic role in rescue work last week as flood victims were bundled into these tall behemoths and rushed out of inundated areas.

Today, they have been pressed into service to ferry volunteers back to the same areas to do the cleaning work. The Kerala Fire Force is actively at work with their high pressure water jets to do the initial cleaning. Cleaning activities in each area is being supervised by panchayats secretaries or officials.

Once the cleaning teams are done with their work, engineering students roped in by the Kerala State Electricity Board visit the houses to check wiring and connections. Health department volunteers are on roving duty to identify areas which could pose epidemic hazards.

The district administration has arranged accommodation for these volunteers, many of them on houseboats which usually accommodate tourists. They are also being issued with preventive medicines, to ensure that small cuts and bruises don’t turn infectious.

The cleaning operation has been given an impetus by the August 30 deadline for relief camps to move out of schools which re-open the next day. The state government is hoping that it can send home at least 1.5 lakh of the 2 lakh camp residents in this timeframe. The challenge is huge, as people of 226 wards in 16 panchayats need to be rehabilitated. Many still don’t have road access.


The state government says that it will take at least two weeks to bring Kuttanad back to its feet. Therefore, the 3-day operation is just a tip of the iceberg. Finance Minister Isaac has revised the estimated investment needed to rebuild Kerala to at least Rs 1 lakh crore.

A sizable chunk of this (if the state is ever able to raise such a huge amount) will need to be earmarked for Kuttanad where the Haritha Keralam Mission for wetland revival is already pending. The challenge is no longer to revive agriculture, but to rebuild roads and buildings too.
Achyuth Punnekat