News18» News»India»Painted With Blood, 100 Portraits of Freedom Fighters Likely To Be Put Up in Jallianwala Bagh and Red Fort
2-MIN READ

Painted With Blood, 100 Portraits of Freedom Fighters Likely To Be Put Up in Jallianwala Bagh and Red Fort

"We have already made 70 of these portraits. Our NGO members and I have donated blood for this. I have myself donated two units of blood. We are going to meet tourism minister of Punjab, Navjot Singh Sidhu regarding this. We have already spoken to other officials in the ministry. Central ministry has asked us to wait until renovation work is done in Red Fort," said Prem Kumar Shukla, President, Shaheed Smriti Chetna Samiti. 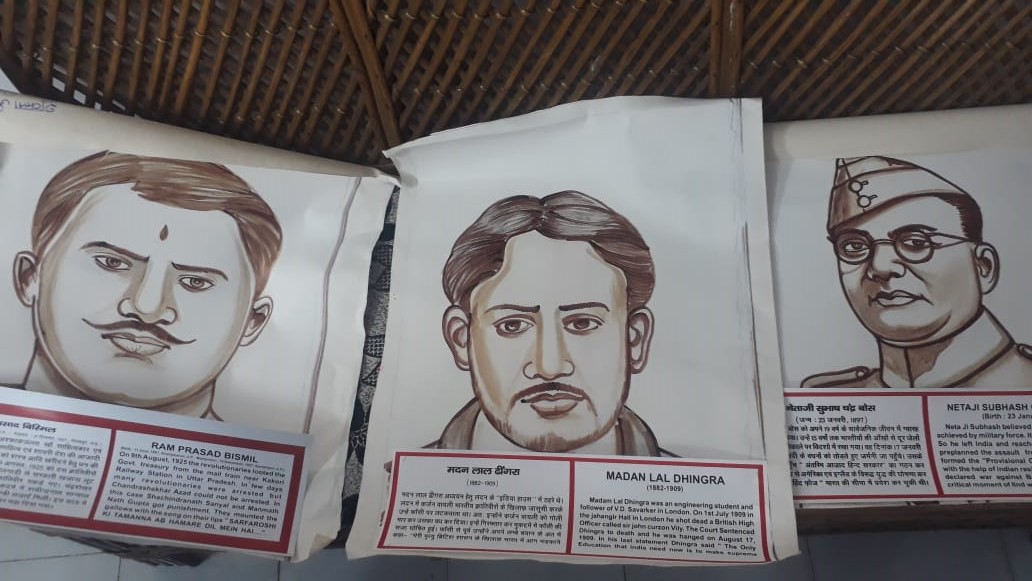 The organisation's idea of painting portraits of freedom fighters in blood dates back to 1997 when their founder late Ravi Chandra Gupta for the first time got Subhash Chandra Bose's portrait made with his own blood. Since then, the 'samiti' donates blood for the cause.

The organisation requests the city's top painters to help them with the task. The collected blood is mixed with anti-clotting material to keep them in a fluid state. After this, canvases are specially prepared to hold blood as paint. The blood usually takes longer to dry.

"We do this only as a mark of respect for the people who shed blood for us. It is our own way of giving back something," added Shukla.

This is the same organsation, which put up portraits of 70 individuals at Delhi's legislative assembly who were key figures in the struggle for Independence at.

Portraits include those of freedom fighters Ashfaqulla Khan and Bhagat Singh, Birsa Munda, Rani Chennamma and Subhas Chandra Bose. Officials said each portrait is representative of one assembly constituency.

However, one portrait in particular — that of Tipu Sultan — became a point of contention.

Manjinder Singh Sirsa, BJP-SAD MLA from Rajouri Garden, had then said, “I asked them (AAP), why include someone who is this controversial? Why not include people who are from Delhi? Why put someone’s portrait in the Delhi Assembly, who has not contributed in any way to Delhi or its history?”