Home » News » India » Pangong Tso Disengagement to be Over in the Next 24 Hours, China Receding at 'Surprising' Speed
2-MIN READ

Pangong Tso Disengagement to be Over in the Next 24 Hours, China Receding at 'Surprising' Speed

Exclusive images accessed by CNN-News18 show Chinese troops and tanks disengaging from the banks of Pangong Tso where they had been deployed opposite India for almost ten months now.

Fast-tracking disengagement with India on the banks of Pangong Lake in Eastern Ladakh, 200 Chinese tanks have receded more than 100 kilometres in a span of merely eight hours. The PLA has dismantled its jetty, helipad, tents and observation points and everything it had constructed after April 2020 between Finger 4 and Finger 8.

The 134km of Pangong Lake’s northern bank protrudes out like a palm, and the various extensions are identified as “fingers” to demarcate territory.

“It is surprising to see that speed of disengagement," top government officials told CNN-News18 on condition of anonymity.

Exclusive images accessed by CNN-News18 show Chinese troops and tanks disengaging from the banks of Pangong Tso where they had been deployed opposite India for almost ten months now.

The Pullback at Pangong Tso.Full Video of Chinese Disengagement at the LAC.

The images and videos also reveal that Chinese troops using cranes to deconstruct everything that was built in the last 10 months as part of their military exercise along with that of trucks carrying back their infantry.

The dismantling of all structures created after April 2020 — when Chinese aggression in Ladakh triggered a stand-off at the border — was one of the conditions of the disengagement process, which was initiated last week in the southern and northern banks of the Pangong Tso. 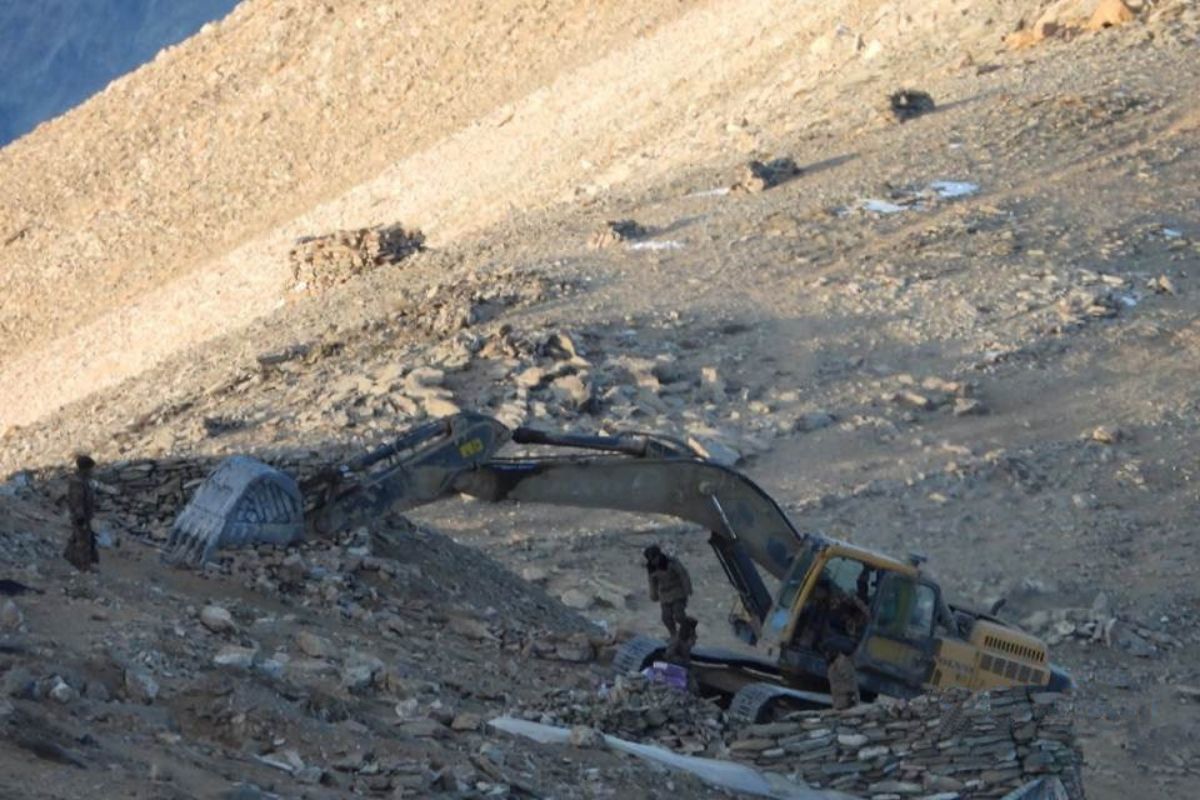 Speaking about the impact of this long standoff, political analyst Pathikrit Payne said, “Disengagement is happening but the distrust with China will remains rock solid."

The agreement inked by the two countries, under which the disengagement kicked off on February 10, specifies that China will begin to move its troops to Finger 8 and India will move back towards Finger 3. India will retain its troops at Dhan Singh Thapa administration camp.

Sources in the government earlier told CNN-News18 that the first phase of disengagement will be complete in 15-20 days. The strategic heights India has occupied in the south bank will be the last to be vacated in this phase, they added.

India has been closely monitoring the disengagement process at the northern bank. The verification process through Unmanned Aerial Vehicles and satellites is on. “There is an agreement. A mutual verification will happen at every step. The Kailash range will see disengagement once we are satisfied with the way things progress in other parts of Pangong Tso," a senior officer told CNN-News18.

The disengagement of tanks and armoured vehicles in south bank was completed by last week; there were more than 100 tanks on both sides.

The 10th Corps Commander meeting will be held 48 hours after the disengagement in Pangong Tso is complete. This is when other friction points like Depsang and Gogra Hotsprings and Demchok will be discussed, sources said. Up next, there is disengagement at other friction points planned: Gogra, Hotsprings, Depsang and Demchok. In Galwa, a 1.5km buffer zone between the two armies has helped maintain peace after the bloody clashes that left 20 Indian soldiers and atleast 48 Chinese soldiers dead on 15 June, 2020.

“There should be no doubt that it is a battle won but the war continues," said Lt Gen (Retd) Vinod Bhatia.