Activist lawyer Prashant Bhushan, who has been leading the campaign against the CJI, said the decision was "unconstitutional" and "political" to protect the CJI.

New Delhi: It was a war of words between lawyers affiliated with different political parties after Rajya Sabha Chairman Venkaiah Naidu rejected the impeachment notice against CJI Dipak Misra. While some said the decision was “perfect”, some said it was “unconstitutional”.

There was a political divide among the lawyers on Monday, while senior advocate and Congress MP KTS Tulsi criticised the Vice President's decision saying it was a serious matter and corruption could not be allowed to grow in the judiciary, senior lawyer and BJP leader Aman Sinha said the notice was rightly rejected with "sound legal reasoning".

Activist lawyer Prashant Bhushan, who has been leading the campaign against the CJI, said the decision was "unconstitutional" and "political" to protect the CJI.

"After dealing with all five charges individually, the Rajya Sabha chairman has come to a conclusion that they hold no legal merit. They are unsustainable and unjustifiable and therefore the notice for impeachment has been rightly rejected by him on very sound legal reasoning and cogent legal grounds," Sinha said and blamed the Congress for trying to "intimidate the judiciary" by moving the notice.

"As far as impeachment motion is concerned, it was known that it would be defeated. The only aim of the Congress was to intimidate the judiciary and put the integrity of the Supreme Court under cloud," he said.

Bar Council of India chairman, Manan Kumar Mishra, lauded the decision saying it was the "most perfect" decision that has made all "sensitive people" in the country happy. 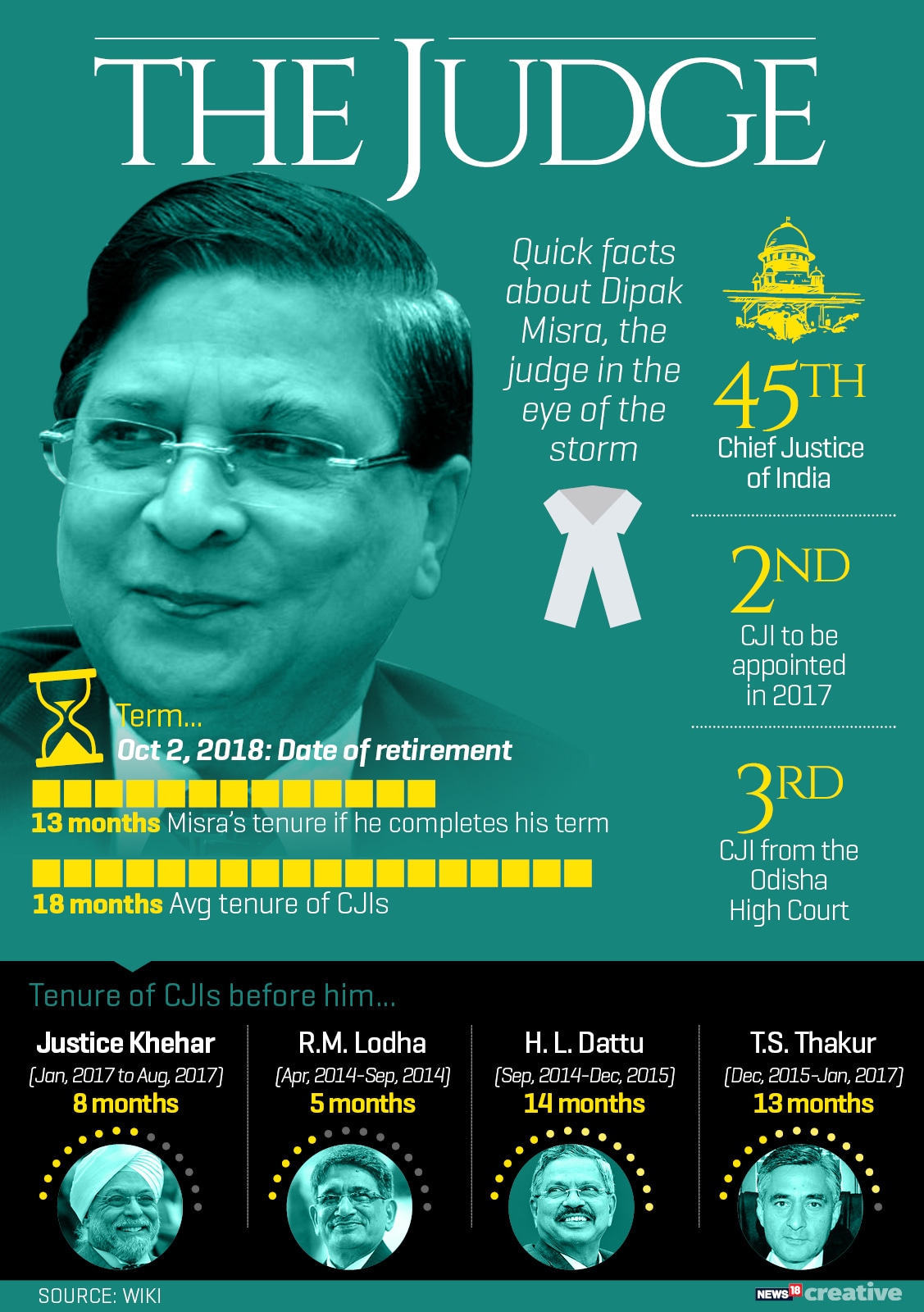 "The RS chairman only has to see if the notice was signed by requisite number of people and whether these charges on the face of it amount to misbehaviour or not. He has no business to go into the merits of the charges. That's for the enquiry committee to decide. This has clearly been done at the behest of the government and totally illegal and unconstitutional and malafide and hope it will be challenged by the MPs. It is a political decision to protect the CJI," Bhushan said.

Mishra, however, said there could not be any other decision on this issue as only after applying his mind, Naidu took the decision not to advance the motion. "All sensitive people in this country are happy with this decision," he said.

On the contrary, Tulsi said Naidu has wrongly decided the motion at the stage where he should have only examined the admissibility.

"To apply the requirement of proved misbehaviour at the stage of examining the admissibility of the motion is erroneous and I regret to say that this is a very serious matter. We cannot allow the cancer of corruption to grow in the body of judiciary," he said.

On the issue of the powers of the RS chairman, Sinha said Naidu exercised his power and responsibility under section 3 of Judges Inquiry Act, 1968, but Tulsi said under section 3 1(B) of the Act, the chairman only has the power to examine whether the requirements of the minimum numbers of signatories in either of the two Houses is present or not.

"Naidu was entitled to adjudicate on admissibility of notice of impeachment under section 3 of Judges Inquiry Act 1968. He has exercised his power and responsibility in pursuance to this section. He has perused all the documents on record before arriving at the decision," Sinha said.

Tulsi, on the other hand, said, "under 3 1(B) of the The Judges (Inquiry) Act, the Chairman only has the power to examine as to whether the requirements of minimum numbers of signatories in either of the two houses is present or not.

"The wisdom of over 50 members of Parliament is required because they will understand the gravity . If there is an allegation of corruption, in which there maybe evidence that the CJI maybe part of the conspiracy. That has to be examined as per procedure."