Veena Thayikkandiyil and Mohammed Riyas exchange garlands during the wedding ceremony in Thiruvananthapuram.

While the marriage has been registered under the Special Marriage Act, a simple wedding function is being held at the CM’s residence with close friends and family as attendees.

While the marriage has been registered under the Special Marriage Act, a simple wedding function is being held at the CM’s residence with close friends and family as attendees.

Veena is the director of a small IT firm, headquartered in Bengaluru. She had started her career at the Oracle firm. After working there for eight years, she became the CEO of RP Techsoft in Thiruvananthapuram, owned by Ravi Pillai, an NRI based in Gulf. 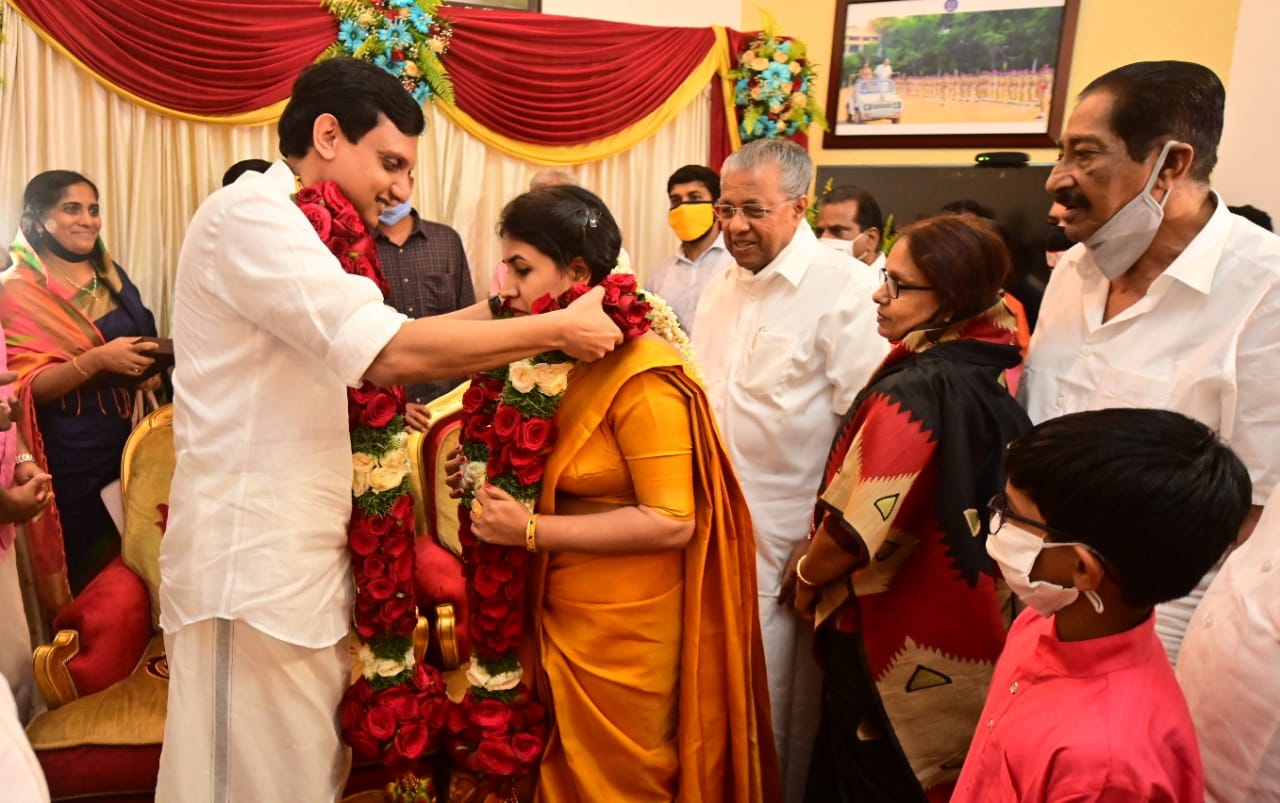 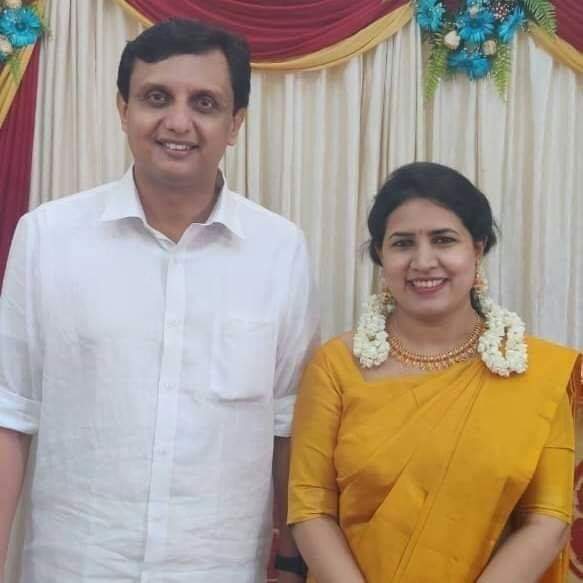 Now, she is heading Exalogic Solutions Private Limited, a venture she started in 2015, which is based in Bengaluru.

Riyas, son of PM Abdulkhader, a retired IPS officer, had entered the field of politics during his school days. He was formerly the national joint secretary of DYFI and was appointed the President in February 2017.

In the 2009 Lok Sabha elections, Riyas had contested from the Kozhikode constituency as a CPM candidate, but lost to MK Raghavan of the Congress party by a slender margin of 838 votes. There was a controversy over the candidature of Riyas and Pinarayi Vijayan, the then state secretary of CPM had rebuffed it as "an opportunity given to youth and minorities".

This is the second marriage of both 43-year-old Riyas and Veena. Riyas' first marriage took place in 2002 and he got a divorce in 2015. He is the father of two children. Veena, who is also the mother of a child, had gone through a divorce in 2015.