Rao, who is visiting Andhra Pradesh for the second time since the bifurcation, had a darshan of Lord Venkateswara Swamy on Wednesday morning and made the offering on behalf of the Telangana government. 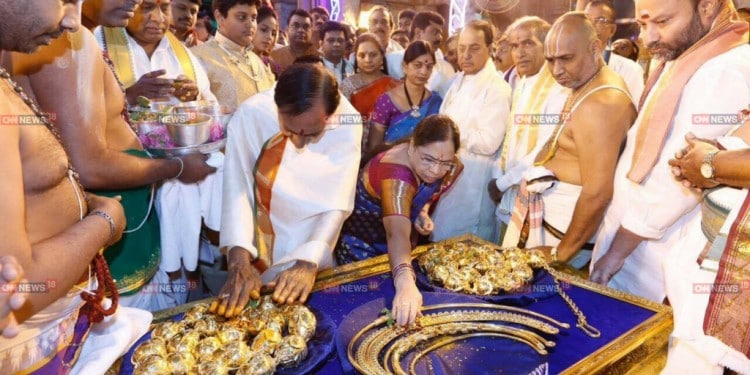 The chief minister was fulfilling a vow he had made earlier that he would present gold ornaments to various deities if a separate state of Telangana was formed. Andhra Pradesh was bifurcated in 2014. 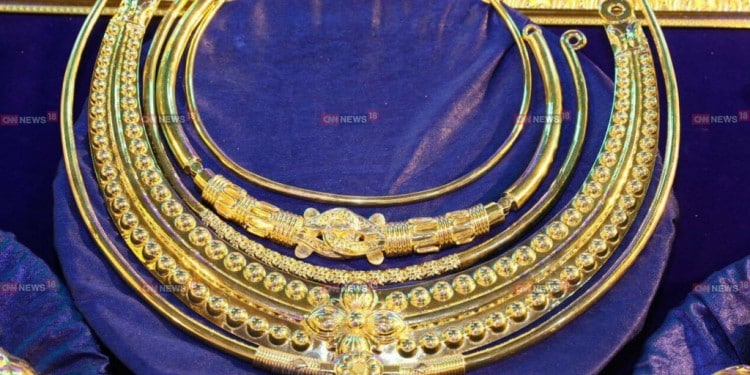 The chief minister and his wife also visited Tiruchanur and presented a nose stud to the presiding deity Sri Padmavathy Ammavaru.

On his arrival at Tirupati on Tuesday night, Rao, who is not usually viewed favourably in Andhra Pradesh for his role in dividing the state, was given a hero's welcome amid Vedic chants. 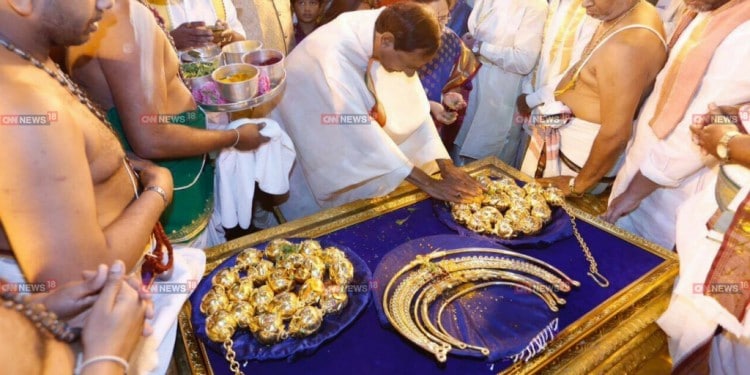 Tirumala Tirupati Devasthanams (TTD) CEO Sambhasiva Rao said, "Only emperors and kings like Sri Krishnadeveraya and Mysore Maharaja donated ornaments to the Lord in the past. A new era has begun with Telangana government offering gifts to Lord". 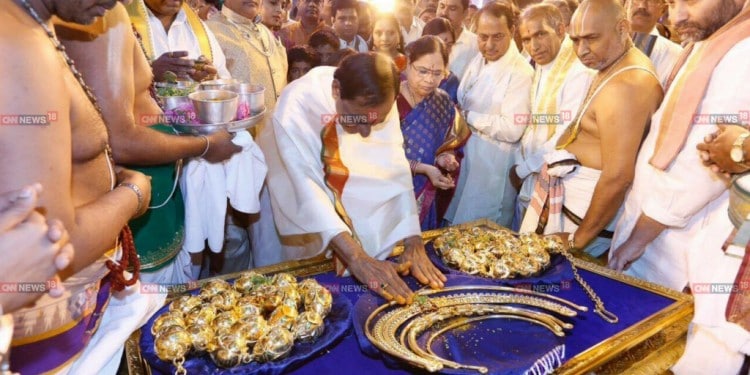 In coming days, he is expected to visit Veerabhadra Swamy temple in Warangal to present "golden moustaches" to the Lord.

The opposition has been criticising, saying a CM cannot spend crores from the state exchequer for the fulfilling personal pledge.

Congress spokesperson Madhu Yashki Goud said it was a misuse of public money and that the Opposition would file a complaint against the CM.

"The CM said he will make Telangana a golden state, but so far he has not even built a single hospital," said Goud underlining how the chief minister has been focussing on wrong priorities.

A massive rally called by the Telangana Joint action Committee to highlight increasing unemployment in the state was denied permission by authorities and activists detained.

KCR has been in the thick of such controversies, the last one being when he shifted to a new 9-acre palatial house costing about Rs 50 crores.