File photo of the library

The books burnt included thousands of copies of Bhagavad Gita, Quran in Kannada and Bible, said Issaq adding that there were attempts to destroy the library multiple times before.

A public library run by a daily wage labourer in Mysuru was torched on Friday morning by miscreants leaving around 11,000 books to ashes. The incident took place at Rajiv Nagar in Udayagiri police station limits where Syed Issaq had set up a library in a tent like structure.

“The incident took place at around 2:45 am. It looks like the work of some miscreants. We have registered a FIR against unknown persons based on Syed Issaq’s complaint and investigation is on,” a police official who was not authorised to speak on record said.

The FIR has been registered under section 436 of IPC – mischief by fire or explosive substance with intent to destroy house, etc.

62-year-old Syed who is not formally educated, works as a daily wage labourer cleaning drainage pipes. He set up the library in 2011 to encourage reading habits among people and for his love for Kannada language. 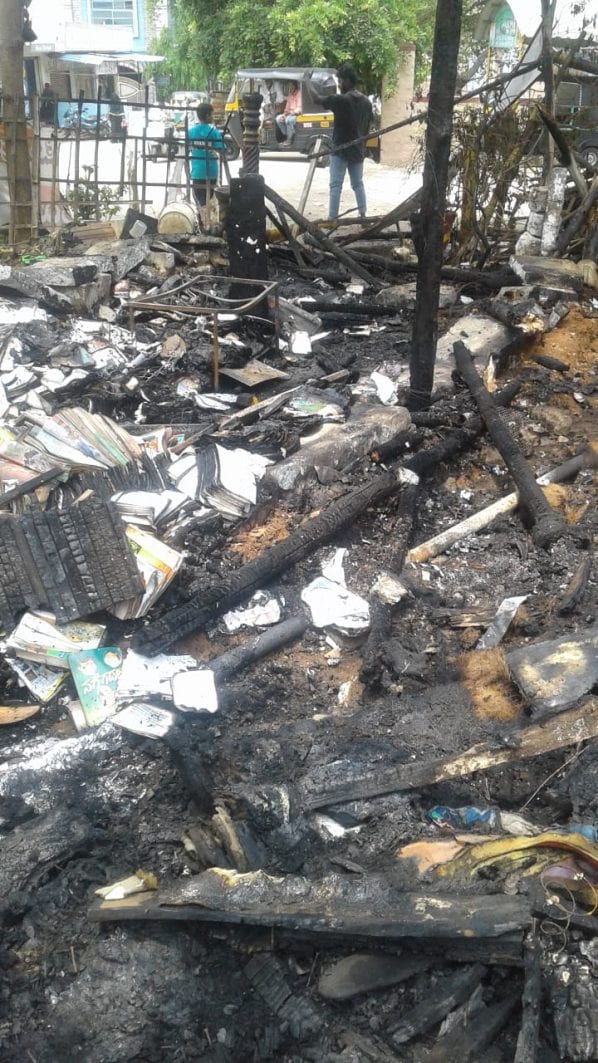 The books burnt included those on freedom fighters like Bhagat Singh, Subhash Chandra Bose, Mahatma Gandhi, poets like Kuvempu, Da Ra Bendre, copies of Bhagavad Gita, Quran and Bible, newspapers and periodicals, said Issaq adding that there were attempts to destroy the library multiple times before by throwing ink on the placards placed outside or tearing the books.

“I also subscribe to 18 newspapers at the library here. I spend around 8000 Rs every month. I will not give up. I will build this from the scratch,” he said.