Quad Moving Ahead with a Constructive Agenda for Indo-Pacific: PM Modi

The prime minister also called for finding common and creative solutions to tackle the economic challenges of the Indo-Pacific region.

Though US President Joe Biden and Japanese Prime Minister Fumio Kishida spoke strongly against the Russian attack on Ukraine, Modi did not touch upon the issue.

The mutual trust and determination among the Quad member countries is giving new energy to democratic forces and the work of the grouping is encouraging a free, open and inclusive Indo-Pacific, Prime Minister Narendra Modi said here on Tuesday at the second in-person summit of the four-nation coalition.

“Quad is pursuing a constructive agenda for the Indo-Pacific region. With this, the image of Quad as a ‘force for good’ will be strengthened even more,” he said.

The leaders of the Quad, comprising India, Australia, the US and Japan, met in the Japanese capital in the midst of the geopolitical flux triggered by the Russian invasion of Ukraine and the steady decline in each member country’s bilateral ties with China.

Though US President Joe Biden and Japanese Prime Minister Fumio Kishida spoke strongly against the Russian attack on Ukraine, Modi did not touch upon the issue.

Leading the world… a picture is worth a thousand words. pic.twitter.com/T4lJ8rFt1u

“In such a short span of time, the Quad has made an important place on the world stage. Today the scope of Quad has become wider and the form has become effective,” Modi said. “Our mutual trust, our determination, is giving new energy and enthusiasm to the democratic forces. Our mutual cooperation at the level of Quad is promoting a free, open and inclusive Indo-Pacific region, which is a common objective of all of us,” he added.

Also Read: Quad is ‘Not Just a Passing Fad, We Mean Business’: Biden at Quad Summit in Japan

The prime minister also referred to increasing cooperation among the Quad nations notwithstanding the COVID-19 pandemic. “Despite the adverse conditions of COVID-19, we have increased mutual coordination in many areas like vaccine delivery, climate action, supply chain resilience, disaster response and economic cooperation. This is ensuring peace, prosperity and stability in the Indo-Pacific,” he said.

In his remarks, Modi also complimented his newly elected Australian counterpart Anthony Albanese saying his presence at the summit after 24 hours of taking the oath showed his commitment to Quad.

Biden spoke about the importance of the Quad in responding to Covid-19, partnering on supply chains among others, But much of his remarks focused on the war in Ukraine.

“We are navigating a dark hour in our shared history,” Biden said. “Russia’s brutal and unprovoked war against Ukraine has triggered a humanitarian catastrophe. And innocent civilians are put into the streets and millions of refugees are internally displaced as well as exiled.” The US President said the situation in Ukraine is more than just a European issue.

“It’s a global issue. The fact is that when you turn on the television and see what Russia’s doing now, it appears to me that (President Vladimir) Putin is trying to extinguish a culture. He is not trying to hit military targets anymore, he is taking out every school, every culture, every natural history museum,” Biden said. “As long as Russia continues this war we are going to be partners and lead a global response,” he said.

Kishida opened the summit by welcoming the participants and thanking Albanese for coming to the meeting so soon after his election. The Japanese prime minister said it was important for the Quad leaders to get together to make a “firm commitment” to “a free and open Indo-Pacific”.

Albanese said it was an honour that one of his first acts as prime minister was to attend the Quad meetings The Quad has been focusing primarily on ensuring a free and open Indo-Pacific in the backdrop of China’s increasing muscle-flexing in the region. In line with its long-term vision for the region, Biden on Monday launched the ambitious Indo-Pacific Economic Framework for Prosperity (IPEF), which is an initiative aimed at deeper cooperation among like-minded countries in areas like clean energy, supply-chain resilience and digital trade.

The rollout of the IPEF is expected to send across a signal that the US is focused on pushing forward a strong economic policy for the region to counter China’s aggressive strategy on trade in the region. Attending the event to launch the IPEF, Modi said that the announcement of IPEF is a declaration of a collective desire to make the Indo-Pacific region an engine of global economic growth. 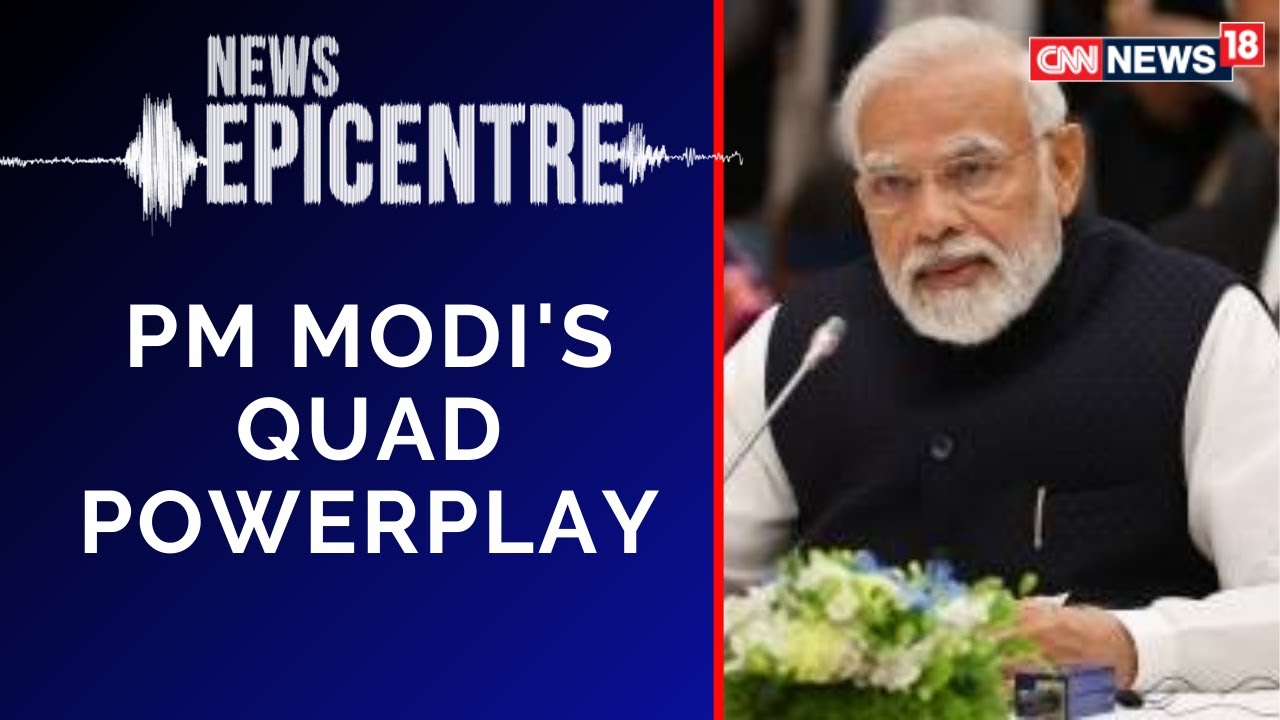 The prime minister also called for finding common and creative solutions to tackle the economic challenges of the Indo-Pacific region.