Rafale LIVE: Setback to Govt on Election Eve as SC Allows Classified Documents to be Used in Review Petition

Rafale LIVE: In a setback to the government, the Supreme Court today rejected the Centre’s objections to petitions seeking review of the earlier judgment giving it a clean chit on the Rafale deal. The court has decided to rely upon the classified documents to decide review petitions. All three judges are unanimous in their views.

A bench of Chief Justice Rajan Gogoi, Justice Sanjay Kishan Kaul and Justice KM Joseph pronounced the judgment. The Defence Ministry had earlier filed an affidavit in the apex court in connection with the Rafale fighter jet case, claiming that the documents submitted in the review petition are sensitive to national security.

Modiji, you can run and lie as much as you want,

But sooner or later the truth comes out.

The skeletons in #RafaleScam are tumbling out one by one.

And now there is ‘no official secrets act’ to hide behind.
1/2

A rattled Modiji had threatened to invoke Official Secrets Act against independent Journalists for exposing his corruption on #Rafale.

Don’t worry Modiji, an investigation is going to take place now, whether you like it or not
2/2

Sitaram Yechury on the Supreme Court's Rafale Decision | CPI(M) general secretary Sitaram Yechury said, "Modi and his govt have compromised on the national security for corruption and cronyism in an important defence deal. They tried to evade accountability, denied a JPC, hid price from CAG, tried to first mislead, then stall any hearing in Supreme Court. Important that culprits are booked."

Supreme Court has said that as far as the question of hearing of the review plea on Rafale judgment is concerned, it will give a detailed hearing later on.

After the Supreme Court's order on Rafale, Arun Shourie said, "We are delighted at unanimous verdict dismissing Centre's argument on admissibility of documents."

Soon after the Supreme Court dismissed the Centre's objections on using the classified documents of Rafale fighter jet deal, Arun Shourie said, "Modi has been saying that his government believes in the Supreme Court. Now, the Court has given its decision. The Supreme Court will see that whether the government was truthful or not and that is what the CJI has indicated."

Supreme Court to Fix a Date of Detailed Hearing on Review Petition | The CJI-led bench said it will fix a date for commencing detailed hearing on the review petitions which question not only the pricing of Rafale fighter jets but appointment of Anil Ambani owned company as offset partner of Dassault, the French manufacturer of Rafale.

The Centre had pleaded that the documents attached to the review petition of Prashant Bhushan, Arun Shourie and Yashwant Sinha were unauthorisedly photocopied from defence files on Rafale and that these would have inimical impact on the national security and friendly relations with France.

Unanimous Decision on the Rafale Documents | A three-judge bench of CJI Ranjan Gogoi and Justices S K Kaul and K M Joseph said it would now go ahead with the hearing of review petitions in the light of new documents cited by petitioners alleging wrong doing in Rafale deal.

Setback for Modi Govt on Rafale Deal |  As the Supreme Court decided to rely upon the classified documents to decide review petitions, the Narendra Modi government's objections to it stand dismissed. All three judges are unanimous in their views.

Judges are expected to arrive at the Court room at 10:30 am and the judgment will pronounced by the bench headed by Chief Justice of India shortly after that.

Rafale verdict Shortly | The Rafale judgment will be pronounced by the Supreme Court shortly. The cause list for the day shows that there may be two separate judgments, one by Chief Justice of India Ranjan Gogoi and the other by Justice K M Joseph.

Bhushan had submitted why the government didn't lodge any FIR when these documents started coming out in November 2018. He had further said that the government has itself filed a detailed CAG report regarding as many as 10 defence purchases and it is untenable on their part to now claim privilege.

RTI Act Says Public Interest Outweighs Other Things | Petitioner Prashant Bhushan had also said that provisions of the RTI Act say public interest outweighs other things and no privilege can be claimed except for documents which pertain to intelligence agencies. He also said that there is no government-to-government contract in purchasing Rafale jets as there is no sovereign guarantee extended to India by France in the Rs 58,000 crore deal. 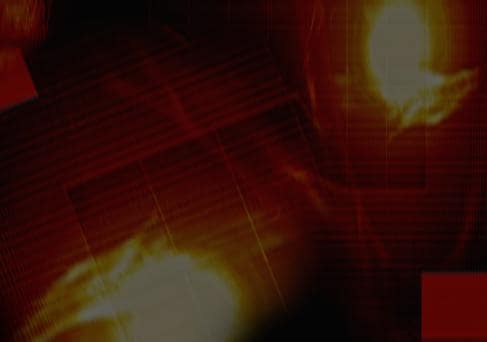 Congress spokesperson Pawan Khera said PM Modi, who has taken himself to be the guardian against corruption, must open his mouth on the 28 economic offenders during his tenure.

Congress Manifesto Promises Rafale Probe | The Congress manifesto has promised an investigation into the Rafale fighter jet deal if voted to power in the Lok Sabha elections, set to take place in seven phases through April 11 to May 19.

Besides, Prashant Bhushan had said government cannot claim privilege over the documents which are already published and is in public domain. Bhushan had said that Section 123 Indian Evidence Act only protected "unpublished documents".

The Supreme Court had noted that according to the AG's submissions "there are three Rafale documents whose publication comes under Official Secrets Act, 1923. These documents were unauthorisedly published. You claim privilege under section 123 of Evidence Act. You want us to adjudicate and strike down the review on this basis".

Centre Claims Privilege Over Rafale Documents | The Narendra Modi government had claimed privilege over documents pertaining to the Rafale fighter jet deal with France and said those documents cannot be considered in evidence as per Section 123 of the Indian Evidence Act. Attorney General K K Venugopal, appearing for the Centre had contended that no one can produce them in the court without the permission of the department concerned as those documents are also protected under the Official Secrets Act and their disclosure is exempted under the Right to Information Act as per Section 8(1)(a).

Alleging that there were several anomalies in the defence deal, Yechury said the government had not only acquired less number of fighter jets than what IAF required, but also did favours to its cronies in the deal. "Lesser fighter aircraft than what IAF required, favours to a crony who had set up a company weeks ago and now this: after dubious procedures with NSA negotiating directly in violation of processes. The corrupt Modi government will be held to account for playing with national security.


In its December verdict, the apex court gave the Narendra Modi government a clean chit over the Rafale deal despite the Opposition’s allegations of corruption.

On March 14, the apex court had reserved verdict on the preliminary objections raised by the Centre on the admissibility of privileged documents annexed by former Union ministers Yashwant Sinha and Arun Shourie as also activist lawyer Prashant Bhushan in their review petition against the top court's December 14 judgment. In its affidavit, the government said, the petitioners are guilty of leaking the sensitive information on the Rafale fighter jet deal which has been widely circulated and is available to the country's enemy and adversaries.

Earlier, the Defence Ministry had filed an affidavit in the Supreme Court in connection with the Rafale fighter jet case, claiming that the documents submitted in the review petition are sensitive to national security.

Appearing for the government of India, Attorney General KK Venugopal had informed the Chief Justice Ranjan Gogoi-led bench on March 6 that documents cited by The Hindu newspaper in its reports on the controversial Rafale deal were stolen and cannot be shown in court as it would affect national security.

The government had also warned The Hindu with a case under the Official Secrets Act for publishing articles on the Rafale deal with France based on these documents.

The Central government had also claimed privilege over documents pertaining to Rafale deal and asserted that no one can produce them in the court without the permission of the department concerned.