Rainfall resumed in Mumbai and its suburbs Monday morning as the monsoon strengthened over the Arabian Sea. The intensity will increase in the metropolis and other areas of Maharashtra during the next two days, weather forecasting agencies said.

The India Meteorology Department has issued a red alert for extremely heavy rainfall in Mumbai and its suburbs for Tuesday and advised fishermen to not sail deep into sea on the east coast as a low-pressure area was developing over the the Bay of Bengal.

Rainfall resumed in Mumbai and its suburbs Monday morning as the monsoon strengthened over the Arabian Sea. The intensity will increase in the metropolis and other areas of Maharashtra during the next two days, weather forecasting agencies said.

Mumbaikars are advised to avoid going out on August 4 and 5, said Skymet Weather, adding the intensity will start decreasing from August 6. The private forecaster said this would be the second spell of heavy rainfall in Mumbai, after mid-July. The IMD's Odisha centre said a low-pressure area is likely to develop over north Bay of Bengal on Tuesday under the influence of a cyclonic circulation over Gangetic West Bengal and another one over northeast Bay of Bengal. It will bring heavy rainfall to the coastal state, including Balasore, Bhadrak and Dhenkanal districts, until Thursday. 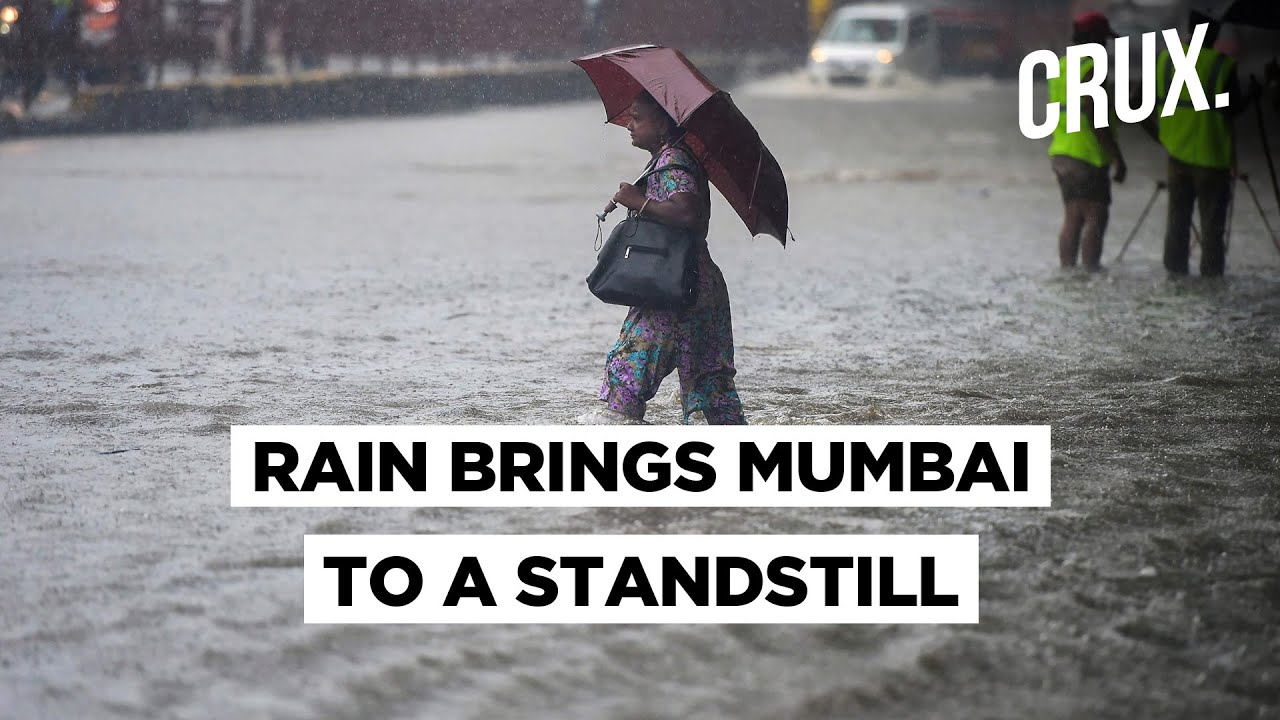 The meteorology centre advised fishermen to not venture into deep sea till August 6 as surface winds with speeds up to 50 kmph will make the condition very rough. Heavy-to-very heavy rainfall and thunderstorms are likely to lash many parts of Madhya Pradesh, too, where the monsoon activity has remained subdued so far.

In north India, a sultry weather prevailed in Delhi, Punjab and Haryana as the monsoon trough, which was active over the region last week, shifted southwards. The trough is now passing from Ganganagar and Pilani in Rajasthan, through Gwalior in Madhya Pradesh and Banda in Uttar Pradesh, towards Beharampur in West Bengal and Mizoram and Meghalaya.

Under its influence, several areas in Rajasthan were lashed by monsoon rains since Sunday. Jaipur, Tonk, Bhilwara and Pilani recorded 34.8, 7, 2 and 3.1 mm rainfall in the past 24 hours till Monday evening, according to the local meteorology centre. Several areas in the state reported waterlogging. In Jaipur, a car got stuck on a flooded road over a nullah. Locals rescued him and the other occupants of the car.

More than 800 villages in 15 districts of Uttar Pradesh have been inundated in Uttar Pradesh due to swelling of Sarayu and Rapti rivers, state minister Anil Rajbhar said. Rajbhar said embankments had been breached in Gonda, Azamgarh and efforts were on to seal them. As many as 188 medical teams and 16 disaster response and provincial constabulary teams have been deployed for rescue operations.

The flood situation in Assam improved considerably on Monday as the water receded from many areas, though one more person lost his life in the deluge. The number of flood-hit people decreased by 4.65 lakh since Sunday but around 3.89 lakh people in 17 districts are still affected, the Assam government said in a bulletin.

The Brahmaputra river is flowing above the danger mark at Dhubri town, Nimatighat in Jorhat and Tezpur in Sonitpur districts. Its tributaries Dhansiri, Jia Bharali and Kopili are also flowing above the danger level. This year's flood and landslides have damaged roads and other infrastructure at several places and claimed 136 lives in Assam, according to official estimates.