Rajnath Singh and US Defence Minister Talk Cooperation in Indo-pacific Region, BECA Ahead of 2+2 Dialogue

US Secretary of State Mike Pompeo and Esper arrived here on Monday on a two-day visit for the third edition of Indo US 2+2 ministerial dialogue which will take place on Tuesday during which the two sides will focus on further boosting overall defence and security ties as well as cooperation in the Indo-Pacific region.

The two finalised BECA (Basic Exchange and Cooperation Agreement) to further boost bilateral defence ties, News18 reports. The BECA, which will provide for sharing of high-end military technology, logistics and geospatial maps between the two countries, is expected to be signed tomorrow by both sides.

Singh made a pitch for Make in India, and asked Esper to assure US defence firms of India's capability in producing weapons system. Meanwhile, the United States also welcomed the invite to Australia for the Malabar exercise. 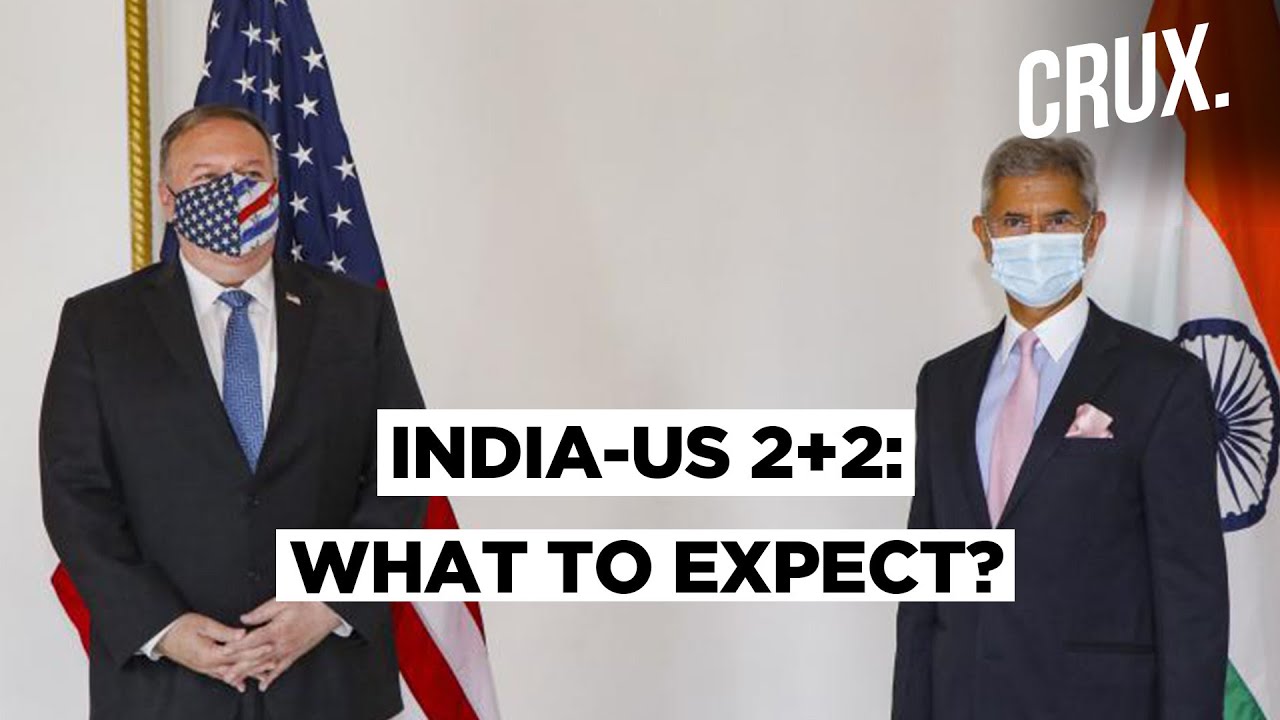 US Secretary of State Mike Pompeo and Esper arrived here on Monday on a two-day visit for the third edition of Indo-US 2+2 ministerial dialogue which will take place on Tuesday during which the two sides will focus on further boosting overall defence and security ties as well as maritime cooperation in the Indo-Pacific region.

The Indian side at the 2+2 dialogue would be led by External Affairs Minister S Jaishankar and Defence Minister Singh. The talks are taking place at a time India is engaged in a bitter border row with China, and the issue is expected to figure in the deliberations.

The two key officials of the Trump administration will also call on Prime Minister Narendra Modi and meet National Security Adviser Ajit Doval. The US Defence Secretary was given a tri-services guard of honour outside the South Block in the Raisina Hills ahead of his talks with Singh.

In the last few months, the US has been very critical of China over a range of contentious issues including the border row with India, its military assertiveness in the South China Sea and the way Beijing handled the anti-government protests in Hong Kong. Ahead of Pompeo's visit, the US State Department said the US welcomes India's emergence as a leading regional and global power.

"The United States welcomes India's emergence as a leading regional and global power. The United States looks forward to collaborating closely with India during its upcoming term on the UN Security Council," the State Department said.

In June 2016, the US had designated India a "Major Defence Partner" intending to elevate defence trade and technology sharing with India to a level commensurate with its closest allies and partners. The two countries inked the Logistics Exchange Memorandum of Agreement (LEMOA) in 2016 that allows their militaries use each other's bases for repair and replenishment of supplies as well as provides for deeper cooperation.

The two countries signed another pact called COMCASA (Communications Compatibility and Security Agreement) in 2018 that provides for interoperability between the two militaries and provides for sale of high end technology from the US to India. According to the US government, India maintains the largest fleets of C-17 and P-8 aircraft outside of the US, and as of 2020, Washington has authorised more than USD 20 billion in defence sales to India.

The first edition of the two-plus-two dialogue was held in Delhi in September 2018 after the mechanism was approved by Prime Minister Narendra Modi and President Donald Trump. The second edition of the dialogue took place in Washington in December last year.

The new framework of the ministerial dialogue was initiated in order to provide a forward-looking vision for the strategic partnership between the two countries.