Screenshot of the image that Subramanian shared on Twitter.

In a series of tweets along with the pictures of the moon surface, Subramanian said: "Chandrayaan-2's Pragyan "ROVER" intact on Moon's surface and has rolled out few metres from the skeleton Vikram lander whose payloads got disintegrated due to rough landing."

Space enthusiast and techie Shanmuga Subramanian has claimed that rover Pragyan of Chandrayaan-2, the Indian Space Research Organisation’s moon mission, is intact on the lunar surface and had rolled out a few metres from the lander.

He had previously found the debris of India's moonlander Vikram. NASA had given credit to Subramanian, while sending him an e-mail on how his discovery had assisted its Lunar Reconnaissance Orbiter Camera team to find the site of the primary impact, along with other debris at the impact location.

In a series of tweets along with the pictures of the moon surface, Subramanian said, "Chandrayaan-2's Pragyan "ROVER" intact on Moon's surface and has rolled out few metres from the skeleton Vikram lander whose payloads got disintegrated due to rough landing." 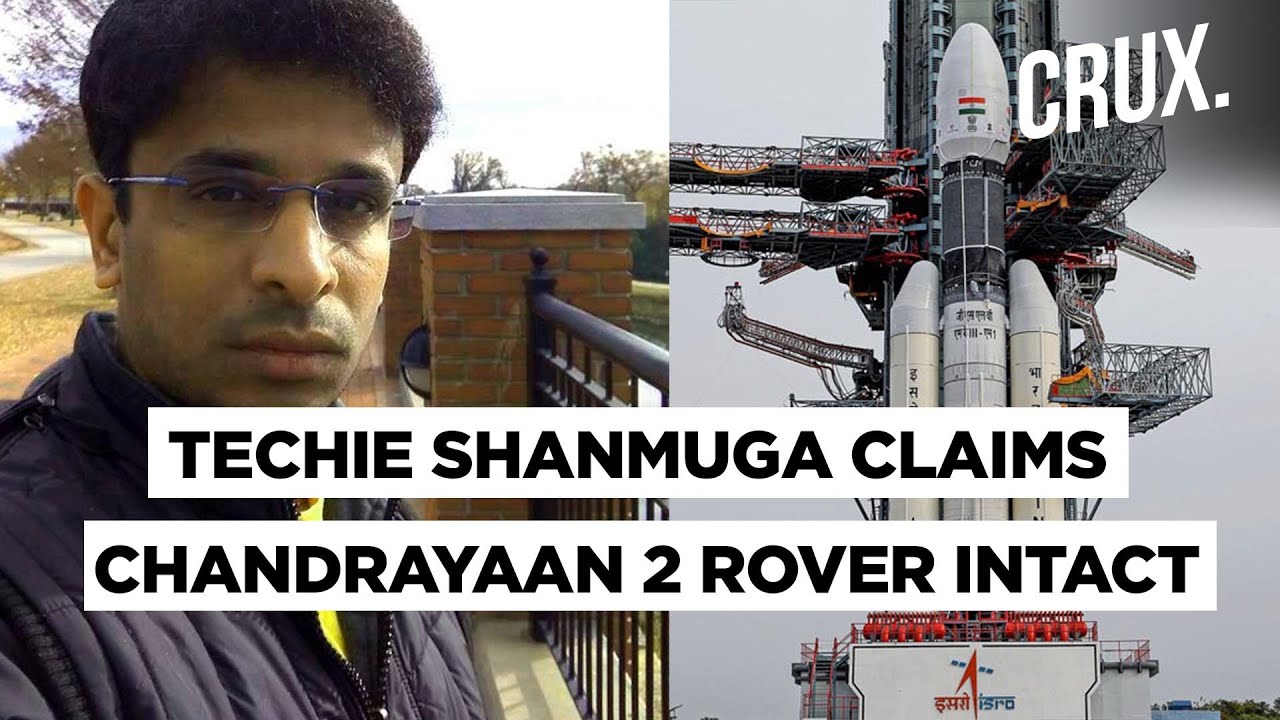 "We have received communication from him (Subramanian). Our experts are analysing the same," K. Sivan, Chairman, Indian Space Research Organisation (ISRO), said.

Chandrayaan2's Pragyan "ROVER" intact on Moon's surface & has rolled out few metres from the skeleton Vikram lander whose payloads got disintegrated due to rough landing | More details in below tweets @isro #Chandrayaan2 #VikramLander #PragyanRover (1/4) pic.twitter.com/iKSHntsK1f

"It seems the commands were sent to the lander blindly for days & there is a distinct possibility that the lander could have received commands and relayed it to the rover... but the lander was not able to communicate it back to the earth," Subramanian said.

Tweeting a picture taken by NASA's Lunar Reconnaissance Orbital (LRO), Shanmugam said the white dot might be the skeleton lander devoid of other payloads and the black dot might be the rover.

According to him, the rover may be still intact on the moon's surface. Latest pictures from LRO (Jan 4, 2020) showed rover tracks on the moon from the lander. He said the debris he had found earlier might be from one of the payloads. The debris found by NASA might be of other payloads, transmitting antenna and thrusters.

Speaking to CNN-News18, Subramanian speculated about the chances of the Pragyan rover remaining intact: "There are many possibilities on how it could have been intact, as it was bolted to the Lander, and could have survived the harsh rough landing."

He also clarified that he was still waiting for a confirmation from ISRO.

Asked specifically if he was saying that the rover was functioning optimally, he said he had not said anything on that aspect. Speaking about his method of finding the tracks of the rover, he said :"I downloaded EDR images from NASA's LRO quickmap site and used USGS ISIS3 open source software and processed it further to enlarge these images. And in the enlarged image we can find tracks of the rover​."

Vikram lost contact with ISRO following its launch from Chandrayaan-2 moon orbiter on September 6 last year when it tried to make a soft landing near the moon's south pole.

July 21, 2020 marked a year of the launch of India's second moon mission by a Geosynchronous Satellite Launch Vehicle (GSLV)-MkIII-M1.

It was on July 22, 2019, when the GSLV rocket, nicknamed 'Bahubali', blasted off from the second launch pad at India's rocket port in Sriharikota in Andhra Pradesh carrying Chandrayaan-2 Orbiter Vikram (lander) and Pragyan (rover).
Tags: