Pompeo also praised India's decision to ban 59 Chinese apps, including TikTok, which he said are "security risks" to the Indian people.

US Secretary of State Mike Pompeo on Wednesday said the recent clashes "initiated" by the Chinese military against India in eastern Ladakh are the latest examples of the "unacceptable behaviour" of the Chinese Communist Party.

He also praised India's decision to ban 59 Chinese apps, including TikTok, which he said are "security risks" to the Indian people.

"It's important that democracies like ours work together, especially as we see more clear than ever the true scope of the challenge posed by the Chinese communist party.

"Our infrastructure projects, our supply chains, our sovereignty, and our people's health and safety are all at risk. If we get it wrong," Pompeo said in his virtual keynote address to the annual 'India Ideas Summit' of the US India Business Council. 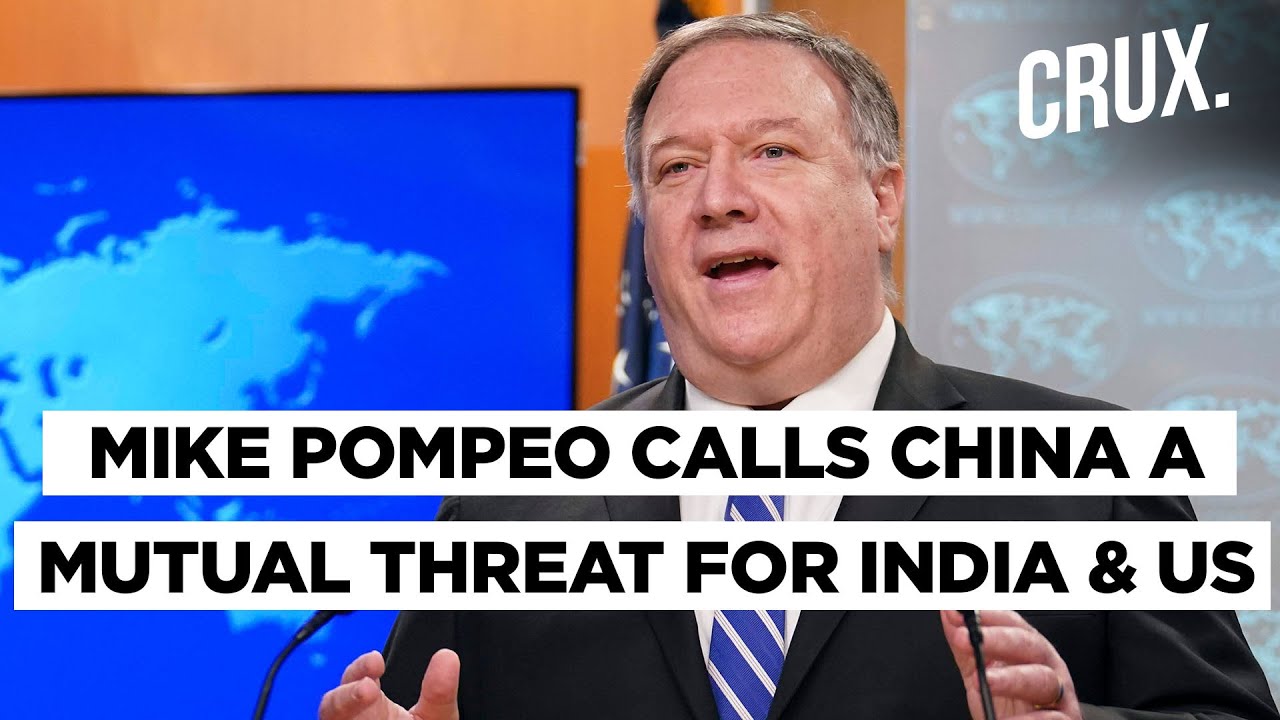 "The recent clashes initiated by the PLA are just the latest examples of the CCPs unacceptable behaviour. We were deeply saddened by the deaths of 20 Indian service members. I'm confident that with our concerted efforts, we can protect our interests," he said.

The troops of India and China are locked in a standoff in several areas along the Line of Actual Control in eastern Ladakh since May 5. The situation deteriorated last month following the Galwan Valley clashes that left 20 Indian Army personnel dead.

Pompeo commended India's recent decision to ban 59 Chinese mobile apps, including TikTok that present serious security risks for the Indian people. "We will also look to reduce Chinese dependence in areas such as medicine," US Secretary of State added.

He said he was happy to report that India is a "rising US defense and security partner, in the Indo-Pacific and globally," he said. Asserting that the United States has never been more supportive of India's a security, he said New Delhi too, is an important partner and a key pillar of President Donald Trump's foreign policy.

Here's the full transcript of his speech

My trip to Delhi last year deepened the relationship between the two countries immensely. I know you are used to listening that India is the oldest and the most populous democracy in the world. That is true and it is important to be reiterated. We together have reverence for freedom, rule of law, human rights and other things.

We don't just interact on a bilateral basis, we see each other for who we are. We are two great democracies, global powers and really good friends. India's one of a few trusted and like-minded countries whose leaders I call on a regular basis for counsel and collaboration.

I am thankful in particular to Minister Jaishankar for his sage advice. It is important that democracies like us work together especially at the time when we see the true scope of the challenges posed by the Chinese Communist Party. Our infrastructure project, our supply chain, our sovereignty and our people’s health and safety is all at risk if we get it wrong.

The recent clashes initiated by the PLA are just the latest examples of CCP’s unacceptable behaviour. We were deeply saddened by the death of 20 Indian soldiers. The United States commends ban of 59 Chinese apps including Tiktok that pose serious security risk for the Indian people and I’m happy to say that India is the rising security partner in Indo-pacific and globally.

In December last year former Defence secretary Esper hosted the second ever two plus two dialogue with Indian counterparts. The US has never been more supportive of India’s security. India is an important partner and the key pillar of present Trump’s foreign policy.

Multilateralists that actually works. We are closer to make sure that world intellectual property organisation election was won by someone who respects property rights. We’ve revived the so called quad comprised of US, Japan, India and Australia. We’ve also invited PM Modi to next G7 meet.

India has a chance to check global supply chains and reduce its reliance on Chinese companies like telecommunications, medical equipment etc. India has earned the trust of many nations around the world.

We are also working to promote high quality transparent infrastructure development. Free markets is the best way to lift people out of poverty. The private sector will be indispensable and overcoming economic damage caused by the pandemic. To achieve these goals India will need to encourage an environment which is open to increase trade and investment.

I know that’s possible because Indians and Americans share a spirit of hard work and entrepreneurship. I’m confident that this partnership is only getting stronger. Let’s sieze this moment to deepen cooperation between two of the world’s greatest democracies.