India flaunted its military prowess and cultural diversity at the 69th Republic Day parade at the Rajpath in the presence of 10 ASEAN leaders. The highlight of the iconic parade was a team of Border Security Force (BSF) women who performed daredevil stunts on motorcycle, receiving a standing ovation from the spectators. President Ram Nath Kovind took his first Republic Day salute from various wings of the armed forces. In yet another first, a tableau of All India Radio led a series of 23 tableaux at the parade and featured Prime Minister Narendra Modi's monthly address 'Mann Ki Baat'. An Income Tax Department tableau about special anti-black money drive launched post-demonetisation was also on the list of many firsts.

Congress president Rahul Gandhi attended the Republic Day Parade at the Rajpath today, a day after the party complained that its leader was relegated to a seat in the fourth row. Gandhi was seen sitting in the middle rows and chatting with senior Congressman and Leader of Opposition in the Rajya Sabha Ghulam Nabi Azad.

Punjab, Haryana and Union Territory Chandigarh today joined the nation in celebrating the 69th Republic Day amid tight security arrangements. Police, home guards and NCC contingents were among other participants in the parades taken out in district headquarters in the two states and their joint capital Chandigarh. School students presented colourful programmes and tableaux exhibited development of the states at the parades held under foggy conditions at a few places in the region.

Prime Minister Narendra Modi waves to the crowd as he departs.

The Republic Day Parade is coming to a close, with colours of the national flag in the sky, representing the hopes and aspirations of the citizens of India. Here come 46 bodyguards on Bay and Dark Bay coloured mounts, they will escort the President back to Rashtrapati Bhavan.

The National Anthem is played at the end to mark the closure of Republic Day parade. A motorcycle contingent of women personnel of the BSF showcases their skills for the first time at the parade. Here are some glimpses of the stunts and acrobatics of the 'Daredevils'. The contingent from South Central Zone Cultural Centre, Nagpur presenting Baredi Folk dance at Republic Day parade. 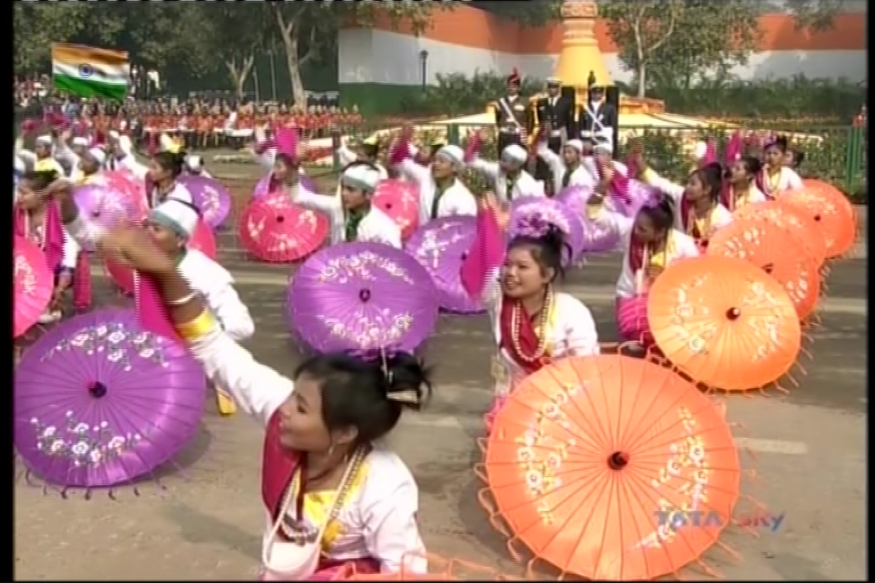 To mark 25th anniversary of ASEAN-India Dialogue Partnership, students from Mount Abu Public School recalls it through their dance performance on the theme One Vision One Identity and One Community 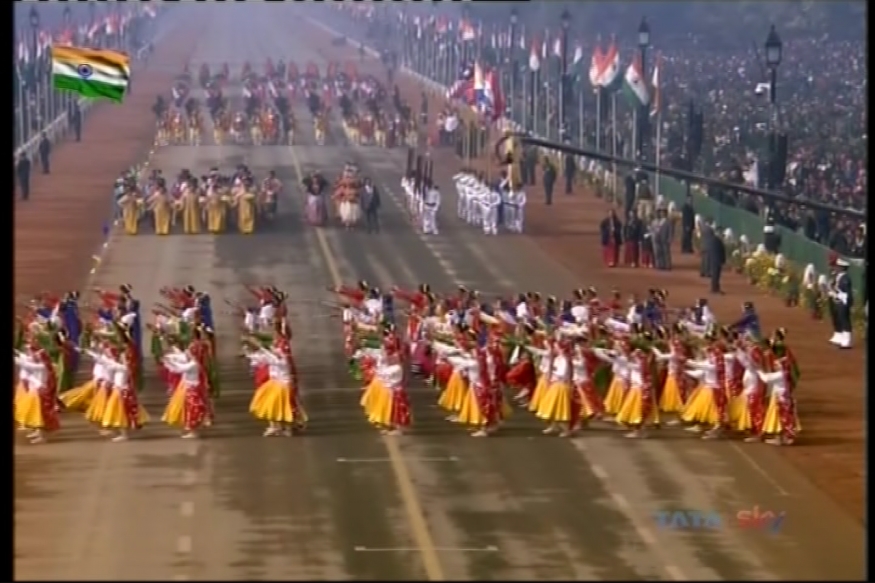 Let's welcome the National Bravery Awards winners. PM Modi on Thursday presented the award to 18 children, seven of them being girls. Three of these awards were presented posthumously. Interacting with the awardees, Modi said their deeds of bravery inspire other children and often engender a sense of self-confidence among other children. He remarked that most of the awardees are from rural and humble backgrounds. He said that perhaps their daily struggles had helped instill resilience in them to deal courageously in adverse situations, an official statement said. 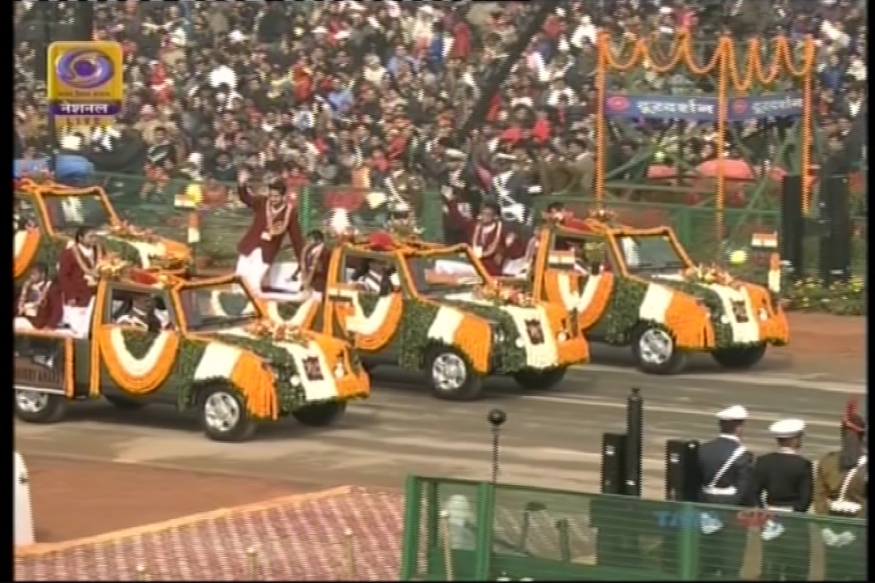 The CPWD's tableau depicts one of India's biggest festivals - Deepavali, symbolically signifying the victory of light over darkness, good over evil, knowledge over ignorance and hope over despair. 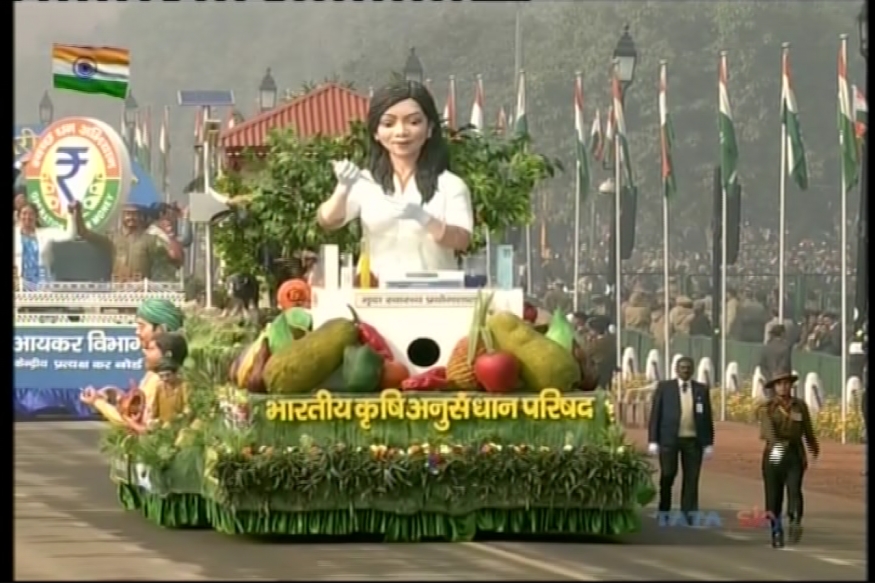 An Income Tax Department tableau about special anti-black money drive launched post-demonetisation is also on the list of many firsts. 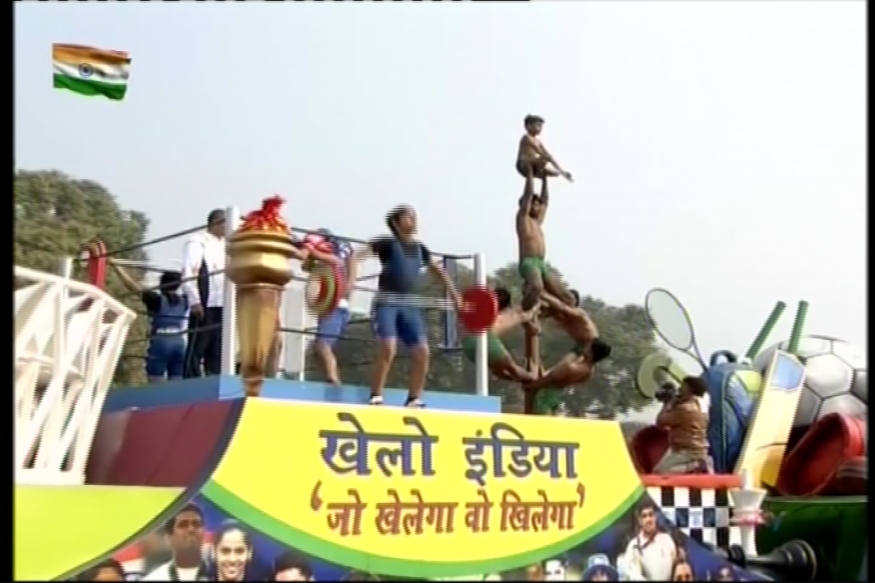 2017 marked the completion of 100 years of Sabarmati Ashram. Catch a glimpse of Gujarat's tableau

Twenty years after its tableau rolled down the Rajpath, the Indo-Tibetan Border Police (ITBP) returns with its float in the Republic Day parade showing troops patrolling the China border on their newly-inducted snow scooters. The Indo-Tibetan Border Police (ITBP) is the only one among the multiple paramilitary and border guarding forces that will have a tableau in the parade. Armed troops riding snow scooters, provided by the government to the ITBP last year as part of modernising the force, troops patrolling on foot and snow bunkers of the ITBP personnel deployed in the icy heights of the frontier have been showcased on the float. It will also be accompanied by a small marching contingent of personnel wearing winter clothing. Catch a glimpse of one of the most popular folklores of Manipur - the story of Khamba and Thoibi - a tale of youthful love, through the tableau of Manipur 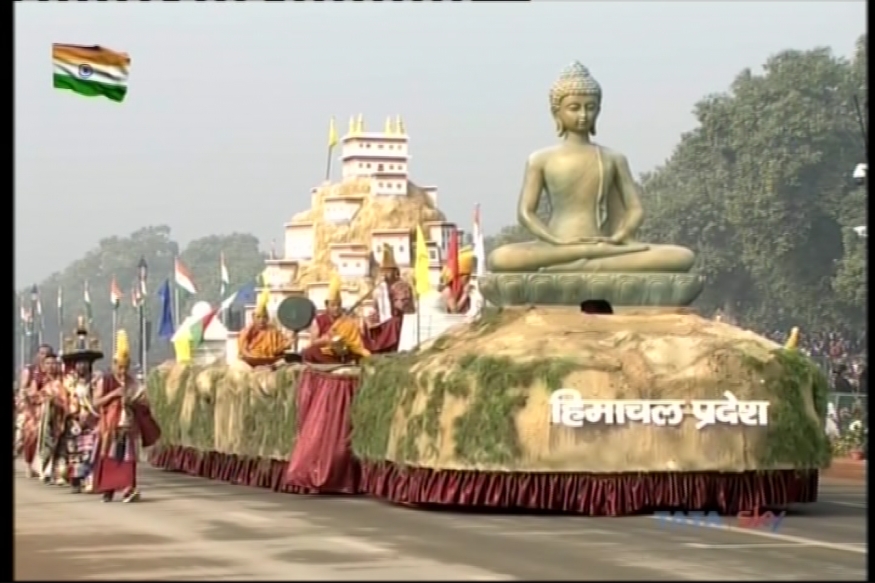 LIVE: A creative depiction of Sangat and Pangat - a common mode of obeisance and community social service - is offered in the Punjab tableau https://t.co/N2TSVZzKUL #RepublicDay Witness the traditional masks of the Satras, in this tableau from Assam Ramgarh's ancient amphitheatre in this tableau of Chhattisgarh 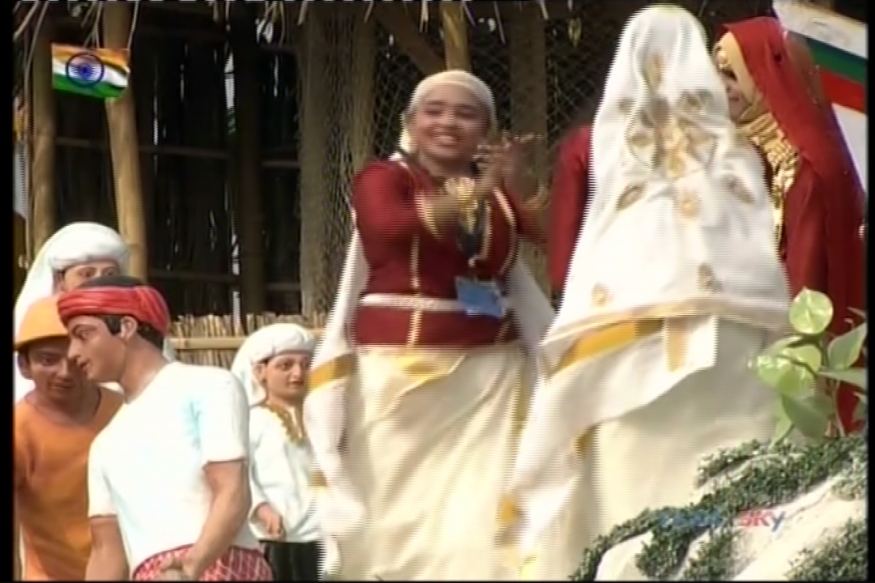 Visuals from the 69th Republic Day parade at Rajpath on Thursday.