Sabarimala Temple Case in Supreme Court LIVE Updates: The Supreme Court on Friday opened doors of Sabrimala Temple to women of all age groups, while ruling that 'biological or physiological reasons cannot be accepted in freedom for faith'. Travancore Devaswom Board has also decided to accept the verdict and said that they won't file a review petition against the order.

Of the five judges in the constitution bench headed by Chief Justice Dipak Misra, Justices R F Nariman, A M Khanwilkar and D Y Chandrachud concurred with Misra, while Justice Indu Malhotra presented her dissenting opinion. Thus, passing the judgment with a 4:1 majority.

Women activists have hailed the Supreme Court judgment allowing women into the Ayyappa temple at Sabarimala , but expressed concern over its acceptance at the ground level by people. Chhavi Methi, a women rights activist welcomed the judgment, but said its acceptance remains to be seen. "I am doubtful the temple authorities would take it in the right spirit. Women would  accept it but its implementation might pose a problem," she said.  Mariam Dhawale, General Secretary of the The All India Democratic Women's Association, called it another step that would help in bringing equality. "We welcome the judgment. Women have a constitutional right to be able to visit the temple and whoever wishes must be allowed to visit it," she said. 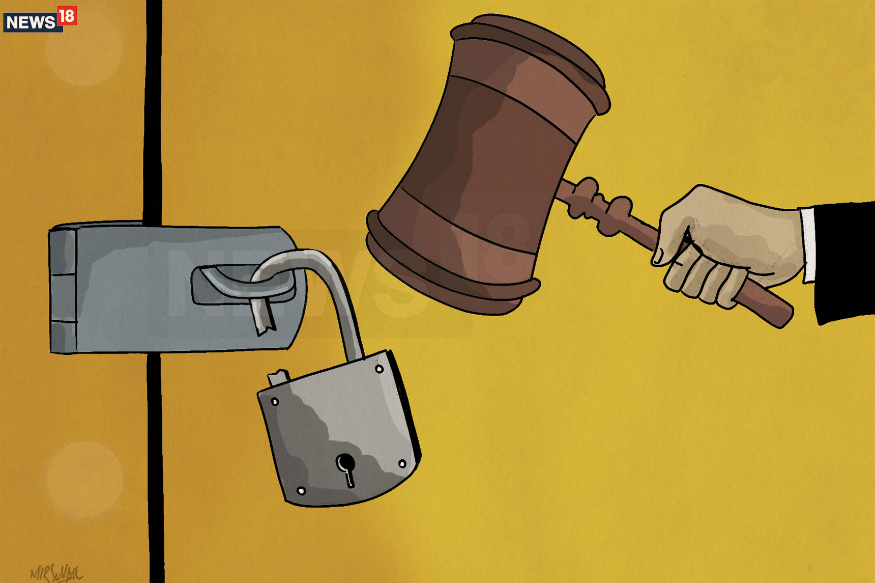 Akhila Bharathiya Ayyappa Seva Sangham, a body of the Ayyappa devotees across the country, which opposed women’s entry into Sabarimala said that they will explore the possibility of filing a review petition against the verdict, the Firstpost reported. “We will meet tomorrow and take a final decision on the next course of action,” said Sangham president Mohan K Nair. He told Firstpost that the their considered opinion on the issue was that the entry of women of the menstruating age will lead to dilution of the sanctity of the temple

The five-judge constitution bench headed by Chief Justice Dipak Misra, in its 4:1 verdict, said that banning the entry of women into the shrine is gender discrimination and the practice violates rights of Hindu women. The CJI said religion is a way of life basically to link life with divinity.While Justices R F Nariman and D Y Chandrachud concurred with the CJI and Justice A M Khanwilkar, Justice Indu Malhotra gave a dissenting verdict.

So glad to see that the doctrine of fundamental rights creating a minimum standard in religious practise is gaining traction in the jurisprudence. #Sabarimala. Not glad at all for the dissenting judge to be targetted as a 'woman judge'.

The court has pronounced its verdict on a clutch of pleas challenging ban on the entry of women of menstrual age in Kerala's Sabrimala temple saying law and society are tasked with the task to act as levellers. The bench passed four set of separate judgements.

"India has diverse religious practices and constitutional morality would allow anyone to profess a religion they believe"Justice Malhotra has said. Notions of rationality cannot be brought into matters of religion, she added.


Voicing her dissent, Justice Indu Malhotra has marked that it is not for the court to interfere in the religious matters. "Equality doctrine cannot override fundamental right to worship under Article 25," Justice malhotra said. She added that lord Ayyappa devotees form a separate religious denomination worthy of protection. 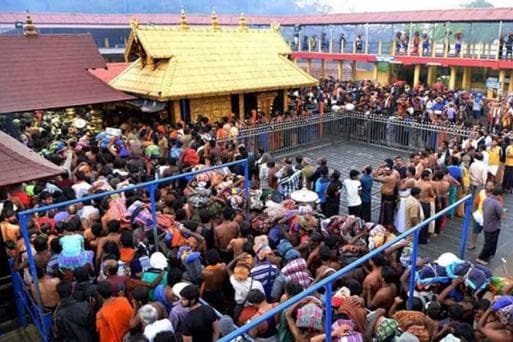 The court called the practice as a form of discrimination, smacking of gender bias and prejudice against a natural biological process that every woman has to go through.

The Court called the practice as a form of discrimination, smacking of gender bias and prejudice against a natural biological process that every woman has to go through. The Bench also emphasised that it is the constitutional morality that should guide the courts in deciding the validity of a practice. Upholding the equal right to pray for women, the Court said that the practice was in breach of their fundamental rights under Article 14, 15 and 21 of the Constitution. A bunch of petitions had challenged the practice as being unconstitutional, excluding women solely on the ground of their biological process.

Issue in this case not limited to Sabarimala only, Justice Malhotra has said.  "It'll have far reaching implications for other places of worships," dissenting judge has said.  Right to equality conflicts with right to worship of devotees of Lord Ayyappa, says Justice Malhotra.

CLICK TO READ | Sabarimala: From Key Issues to Kerala Govt's Stand, Here's All You Need to Know 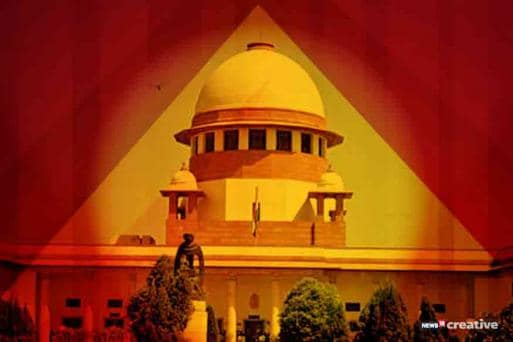 The Supreme Court will pronounce on Friday its verdict on a clutch of pleas challenging the ban on entry of women between 10 and 50 years of age into the Sabarimala temple in Kerala.

The dissenting justice on the five judge bench, Justice Indu Malhotra, has said that it  is not for the courts to determine which religious practices are to be struck down except in issues of social evil like 'Sati'. Issues which have deep religious connotation should not be tinkered with to maintain secular atmosphere in the country, says Indu Malhotra.

Prohibition on women is due to non-religious reasons and it is a grim shadow of discrimination going on for centuries: Justice Chandrachud. He also said devotees of lord Ayyappa do not form separate religious denominations and any custom or religious practice if violates dignity of women by denying them entry due to her physiology is unconstitutional. Exclusion of women is violative of right to liberty, dignity and equality, Justice Chandrachud marked.

"Since women who believe in Lord Ayyappa will be coming, we have no choice but to welcome them. We are happy that all controversies related to Sabarimala are settled," the Devoswom board has said after the Supreme court delivered the verdict on women's entry in Sabarimala temple.

Justice Rohinton F Nariman says Sabarimala temple custom barring women of 10-50 age is not backed by Article 25 and 26 of the Constitution.

While pronouncing the verdict on entry of women in Sabarimala temple, the CJI said that law and society are tasked with the task to act as levellers. "Banning entry of women to shrine is gender discrimination and devotion cannot be subjected to discrimination." CJI Misra has said.  He added that patriarchal notion cannot be allowed to trump equality in devotion and religion is a way of life basically to link life with divinity. "Devotees of Lord Ayyappa do not constitute separate denomination," CJI marked.

Devaswom Board that manages the Sabarimala temple says they will accept the verdict.  They won't be filing review petition in the Supreme Court.

Justice D Y Chandrachud too agrees with CJI Dipak Misra's view to allow women of all ages to enter Sabarimala Temple and said popular notions about morality can be offensive to dignity of others.

Travancore Devaswom Board had contended that they have legal authority to manage the Sabarimala temple's administration. The board has heavily relied on Article 26 of the Constitution, which guarantees a religious denomination of right to manage its own internal religious affairs. Now, the court in 4:1 has ruled that devotees of Lord Ayappa temple do not constitute a separate religious denomination.

The Supreme Court while delivering the verdict on entry of women in Sabarimala temple said that the rules of the temple violate Article 14 and 25 of the Constitution.

In a landmark judgment, the Supreme Court  has finally thrown open the doors of Sabrimala temple for women of all age groups.  "It is constitutional morality that is supreme. Prohibition can't be regarded as an essential component of religion," the bench has observed.

Any physiological and biological factor can't be given legitimacy if they don't pass the Muster of conditionality, the CJI has said.

Justice Nariman and Chandarchud have concurred.

Women can't be treated as lesser or weaker, CJI Dipak Misra has said during the verdict of Sabarimala case. He said that in this country the women are worshipped like goddesses.

The hearing on Sabarimala case has begun. It is a 4:1 verdict, wherein Justice Indu Malhotra has delivered a dissenting opinion.

The Travancore Devasom Board, which manages the temple, had estimated a loss of Rs 100 crore caused to the temple because of the flooding. The devotees have been blaming the entry of women as the cause of the damages 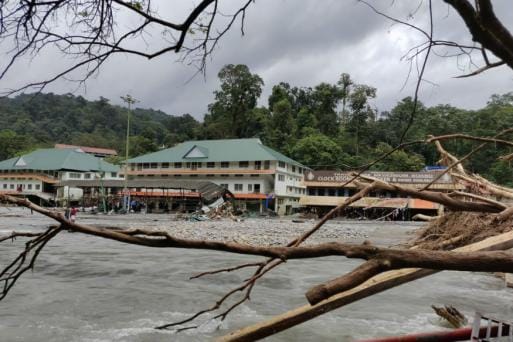 The Sabarimala temple, dedicated to Lord Ayyappa, was cut off last month after a turbulent Pamba river destroyed the two bridges that led to the shrine and many other structures along the bed.


"Prohibition can't be regarded as an essential component of religion. Women are not lesser or inferior to man. Patriarchy of religion cannot be permitted to trump over faith," Misra said while reading out judgement for himself and Justice Khanwilkar. The apex court was hearing a clutch of pleas challenging the ban on entry of women between 10 and 50 years of age into the Sabarimala temple in Kerala.

Accepting the judgment, the temple board said, "Since women who believe in Lord Ayyappa will be coming, we have no choice but to welcome them. We are happy that all controversies related to Sabarimala are settled."

A five-judge constitution bench headed by Chief Justice Dipak Misra had reserved its judgement on August 1 after hearing the matter for eight days. The Kerala government, which has been changing its stand on the contentious issue of women of the menstrual age group entering the Sabarimala temple, had on July 18 told the Supreme Court that it now favoured their entry.

The apex court had on October 13 last year referred the issue to a constitution bench after framing five "significant" questions including whether the practice of banning entry of women into the temple amounted to discrimination and violated their fundamental rights under the Constitution.

The bench, which also comprised Justices R F Nariman, A M Khanwilkar, D Y Chandrachud and Indu Malhotra, had earlier said that the constitutional scheme prohibiting exclusion has "some value" in a "vibrant democracy". The top court's verdict would deal with the petitions filed by petitioners Indian Young Lawyers Association and others.

The Kerala government, which has been changing its stand on the contentious issue of women of the menstrual age group entering the Sabarimala temple, had on July 18 told the Supreme Court that it now favoured their entry.

The Sabarimala Temple, considered the abode of Lord Ayyappa, is located in the Periyar Tiger Reserve in the Western Ghat mountain ranges of Pathanamthitta District, Kerala. It is believed that Lord Ayyappa was born out of the union between Lord Shiva and the mythical Mohini, who is also regarded as an avatar of Lord Vishnu. The temple prohibits the entry of women in their ‘menstruating years’ (between the ages of 10 to 50), on the grounds that it is a place of worship.

Travancore Devaswom Board is said to have the legal authority to manage the Sabarimala temple's administration. The board has heavily relied on Article 26 of the Constitution, which guarantees a religious denomination of right to manage its own internal religious affairs.

Furthermore, the Sabarimala custom of not allowing entry to women is protected by Rule 3(b) of the Kerala Hindu Places of Public Worship (Authorization of Entry) Rules, 1965 '"Public Worship Rules'). The rule allows the exclusion of women from public places of worship, if the exclusion is based on 'custom'.