When News18 reached out to Namo Foods, the food shop said that they did not supply any packets.

Noida: As voters lined up at polling stations to cast their vote in the Lok Sabha elections, saffron coloured food packets from ‘Namo Foods’ were distributed at the booth in Gautam Buddh Nagar.

Uttar Pradesh’s Chief Electoral Officer has asked for the report of this incident from the District Magistrate of Gautam Buddh Nagar to check whether it violates the model code of conduct. 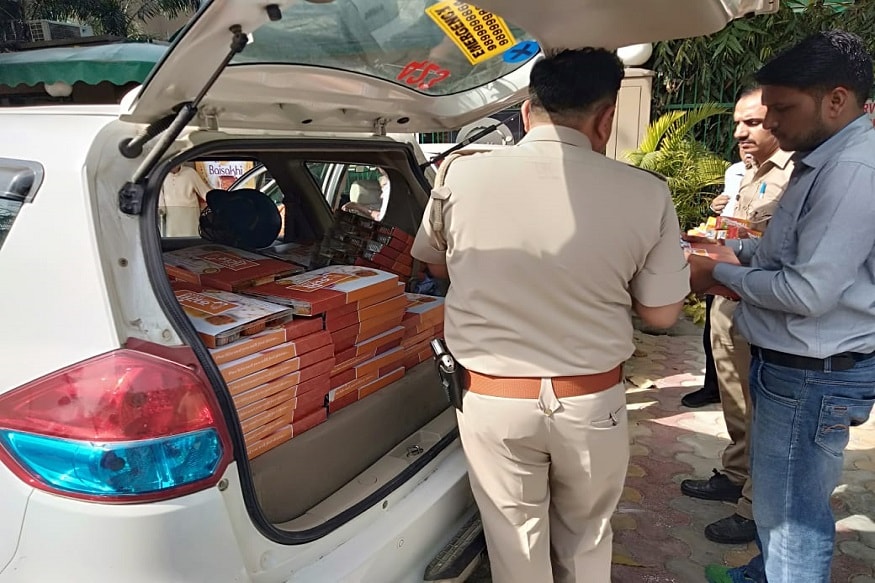 Namo food packets were being distributed at a booth in Gautam Buddh Nagar.

However, Gautam Buddh Nagar’s SSP dismissed suggestions that the food packets had any link to the Bharatiya Janata Party, as Prime Minister Narendra Modi is also referred to as NaMo in several campaign and advertisements.

“There is some misinformation being spread that some policemen have been distributed food from a political party. This is absolutely wrong. At local level some food packets were procured from Namo Food Shop and not from any political party. Some people are spreading wrong and politically motivated rumours. And there is no official order to procure food from any particular food outlet,” said SSP Vaibhav Krishna.

The District Magistrate also told News18 that it was “not a big issue.”

“Will officials have food or not? Possibly the name of the shop was written over it. No other intention should be read into it," said the DM.

Interestingly, when News18 reached out to Namo Foods, the food shop said that they did not supply any packets.

“We did not supply any food packets. Our shop is closed since Wednesday evening. We don’t know about any order,” said a staffer of Namo Foods.

The Election Commission, which was being criticised for its “weak-kneed” responses to poll code violations, has since Wednesday cracked the whip and taken major steps to prevent attempts to exert undue influence on voters.

The poll panel stopped the release of ‘PM Narendra Modi’, a biopic, till the end of the Lok Sabha elections as it banned the screening of all biopics that serve the interests of any political party during the polls.

In its order, the poll panel said that allowing the film to be displayed could disturb the level playing field. It said that the order also applies to NaMo TV, a 24-hour channel that exclusively airs campaign speeches of PM Modi and the BJP, but had surreptitiously landed on DTH platforms without seeking a government licence.

The Election Commission also reprimanded the department of revenue over the tone and tenor of its April 8 advisory seeking to remind the poll panel of its responsibility to eliminate use of unaccounted money in elections.


Objecting to the "counter-advisory" to EC's April 7 advisory asking revenue department to keep enforcement actions during polls "neutral, impartial and non-discriminatory", EC said the tone and tenor used to address a constitutional authority was totally against established protocol.
Tags: