Retired IAS officer Vinay Kumar was appointed the probe chief after prison official D Roopa had made revelations about Sasikala's special treatment in the overcrowded Parappana Agrahara prison near Bengaluru.

Chennai: An investigation team tasked with probing into special facilities provided to former Tamil Nadu Chief Minister J Jayalalithaa’s aide has found out that VK Sasikala had enjoyed the privacy of an entire corridor, cooking facilities and other arrangements in violation of prison rules.

Retired IAS officer Vinay Kumar was appointed the probe chief after prison official D Roopa had made revelations about Sasikala's special treatment in the overcrowded Parappana Agrahara prison near Bengaluru.

According to Kumar's probe report, accessed by CNN News 18, it was stated: "In her visit on 15.07.2017, the then DIG, Prisons found that the corridor was barricaded on both sides and was being used by Sasikala and Ilavarasi, as private space. All five cells in the corridor were still under her possession and her things were scattered in different cells. There were some items kept in the corridor which were about to be transported out." 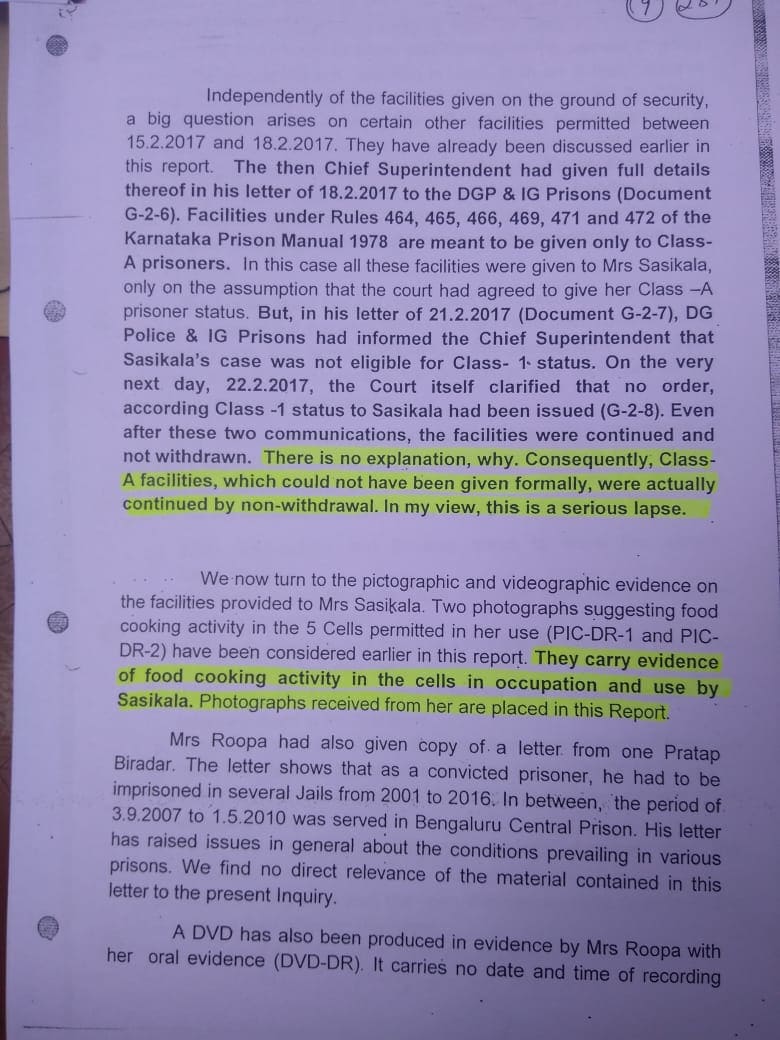 The report also stated that Sasikala was allowed to cook in prison. The then DIG Prisons Roopa had exposed the special treatment given to Sasikala and released pictures of pressure cooker and vessels in Sasikala's cell.

"The reaction of the then DIG to the photograph was at its best, and ambiguous. He did not categorically deny any cooking activity and even suggested that these vessels could have been used for storing food bought from the jail kitchen. It needs to be observed here that a pressure cooker (seen in the picture) is primarily used for cooking food and not for storing it. Further, in our visit of 19.07.2017, we had found that the shelves have been emptied out.But one of the members of our team passed his hand on the shelf and found unmistakable traces of turmeric powder. This further raises strong suspicion of food cooking in the cell," said the report. In the section titled 'The whole corridor and five cells for Sasikala', the report stated that: "We place on record the documentary evidence, in the form of extracts of the Lock-in-Lock out register of the prison for 14.02.2017 and 15.02.2017 for cell numbers C1 to C5 in the female barrack. They show that on the morning of 14.02.2017, four out of five cells had four prisoners each and the fifth was vacant. In the evening, all five cells were vacant." The report said five cells were emptied before the arrival of VK Sasikala.

The probe panel also highlighted that there was no evidence produced to show that Sasikala faced a degree of threat between February 2017 and July 2017: "However, the fact remains that there is nothing to show that the Class-A facilities already given were withdrawn subsequently. On the contrary, the video recordings and the the photographs appended to this report, show that the special facility of wearing her personal clothing and of interview with her visitors in the first floor room of the administrative block had been continued for Mrs. Sasikala." 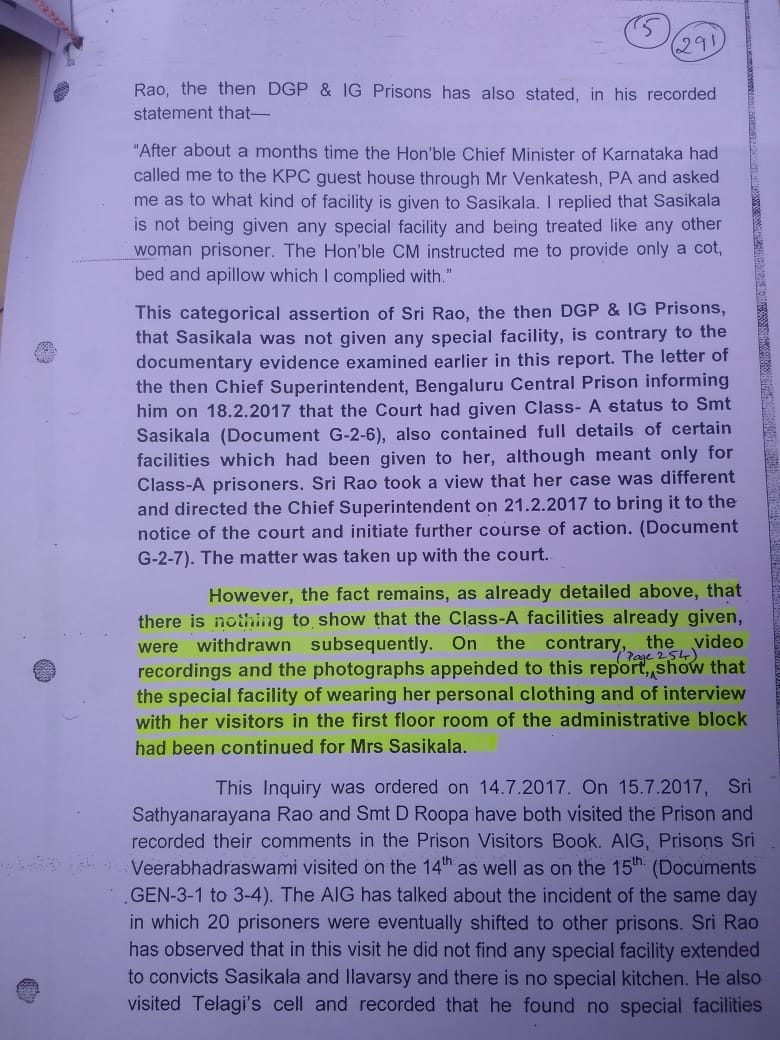 Retired IAS Officer Kumar, in the report, added: "There is no explanation, why, consequently, Class A facilities, which could not have been given formally were actually continued by non-withdrawal. In my view, this is a serious lapse."​

Sasikala had arrived at the prison mid-February in 2017 after her conviction in the disproportionate assets case that dogged herself and Jayalalithaa for decades.