A man walks past replicas of animals and traditional dancers installed at a road crossing to create awareness about wearing masks, in Chennai. (Reuters)

Domestic and international (under the Vande Bharat mission) flights and passenger trains, already operational in a limited manner, will be further expanded in a calibrated manner, said the Ministry of Home Affairs in a statement.

Adopting a cautious approach, the Union government in its ‘Unlock Phase 2’ has refused to give further relaxations in major sectors that remain closed.

The detailed guidelines will be applicable from July 1 after the 'Unlock 1' phase ends on June 30. 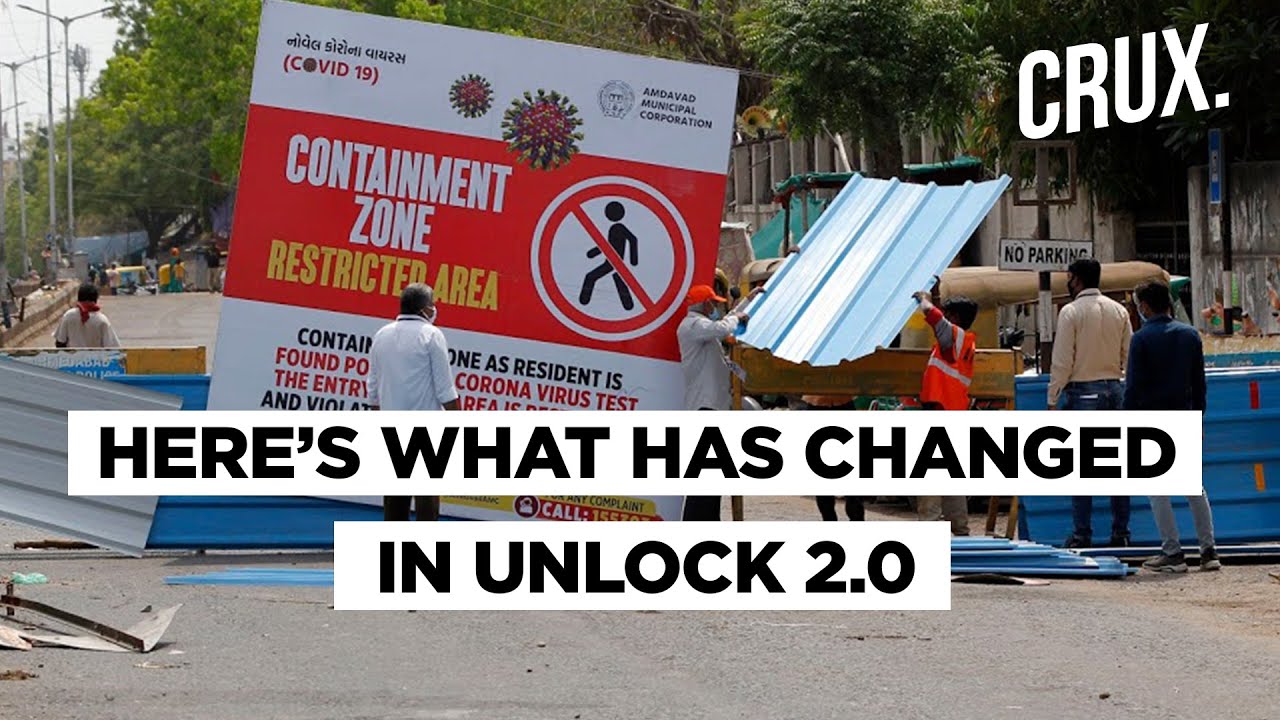 “Dates for opening of these will be decided separately, based on the assessment of the situation,” said the MHA.

“Lockdown shall continue to be implemented strictly in the containment zones till July 31. These zones are required to be carefully demarcated by the state, UT governments with a view to contain the spread of COVID-19, after taking into consideration the guidelines issued by the Ministry of Health & Family Welfare," it said, adding that within the containment zones, strict perimeter control shall be maintained and only essential activities allowed.

Domestic and international (under the Vande Bharat mission) flights and passenger trains, already operational in a limited manner, will be further expanded in a calibrated manner, it said.

Citing the rising numbers of coronavirus cases, the MHA said these activities will be allowed later. “The date for opening up these services will be decided separately and necessary SOPs shall be issued,” said the guidelines.

An attempt has been made, however, to make it easier for economic units like industries and shops. Night curfew timings have also been relaxed and will now be imposed only from 10 pm to 5 am. This is expected to allow the shift system in manufacturing units.

“Further relaxation in night curfew has been given for seamless operation of industrial units in multiple shifts, movement of persons and goods on state and national highways, loading and unloading of cargo and movement of persons to their destinations after disembarking from buses, trains and airplanes,” said the MHA statement.

Restrictions on customers in shops have also been relaxed. Now more than five people can be present in a shop as long as they follow social distancing norms.

Officials said that in the wake of USA and UAE alleging monopoly by Air India under the Vande Bharat Mission, some relaxations could be given on these routes. The SOPs for those are likely to be issued later.

The training institutes run by the central and state governments will be allowed to function, but after consulting states and Union Territories, it was decided to keep the educational institutions closed till the end of July. West Bengal is in favour of opening up the metro but central government officials said it is not feasible yet to allow those services in the country given the air-conditioning inside metro coaches, which could aid the spread of the virus further.

However, state governments will still have the freedom to impose restrictions as they deem fit in the interest of public health. The Chennai and Guwahati city administrations, for instance, have announced a 14-day lockdown that will remain unaffected.

However, there will be no restriction on inter-state and intra-state movement of people and goods. No separate permission in or approval or e-permit will be required for such movements.

National directives for COVID-19 management will continue to be followed throughout the country with a view to ensure social distancing.

Shops will need to maintain adequate physical distancing among customers. The MHA will monitor the effective implementation of national directives.

Vulnerable people like those above 65 years of age, people with co-morbidities, pregnant women, and children below the age of 10 years, are advised to stay indoors, except for meeting essential requirements and for health purposes.

The use of Aarogya Setu mobile application will be encouraged, the MHA said.

Movement by passenger and 'Shramik Special' trains, domestic passenger air travel, movement of Indian nationals stranded outside the country and of specified people to travel abroad, evacuation of foreign nationals and sign-on and sign-off of Indian seafarers will continue to be regulated as per SOPs issued.

Spitting in public places will be punishable with fine as may be prescribed by a state or UT or local authorities in accordance with its laws, rules or regulations. The MHA said consumption of liquor, paan, gutka, tobacco in public places is prohibited.

As far as possible, the practice of work from home should be followed. Staggering of work or business hours will be followed in offices, workplaces, shops, markets and industrial and commercial establishments.