Science-wise | An Unusual Winter is Not Cool: Impact of ‘Rare’ Triple-dip La Nina on Global Weather

A latest forecast by the WMO suggests that the ongoing La Nina is likely to continue through the winter of 2022. (PTI)

It is only the third time in the past 70 years that surface temperatures over the equatorial Pacific Ocean have been cooler than normal for 3 years – 2020, 2021, 2022. Despite that, the past two years ended up among the hottest years on record. How? 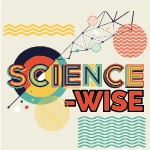 Feeling unusually warm this November? It’s already the start of December and the mercury is yet to touch the levels that it normally would across several parts of North India at this time of the year. While this may have a lot to do with seasonal variations, say meteorologists, they are certain about one thing – the imprint of global warming which is making the weather hotter every passing year.

“There are always seasonal variations. For north India, it is more to do with the impact of western disturbances which bring winter rains and drop in temperatures. But climate change seems to be overriding all of that and ensuring that we live in an unusually warmer world year after year,” says Dr K J Ramesh, former head of the India Meteorological Department (IMD).

The impact of global warming has been so dominant that despite a “prolonged and stubborn La Nina” – an ocean phenomenon that has a cooling effect on global temperatures – 2021 remained one of the seven warmest years on record. 2022 is on its way to be on the list too. Amid all this, the ‘rare triple-dip La Nina’ continued to impact the weather globally, especially India, and triggered a host of weather extremes since 2020.

2022 marked the third time since 1950 that there has been a triple-dip La Nina event. In fact, it was the 21st century’s first such “rare” event, triggering floods in one part and severe drought in another, with varying impacts across each country.

For the unversed, La Nina is when the surface temperatures across the equatorial Pacific Ocean are cooler than average. A ‘triple-dip’ occurs when such conditions persist for three consecutive years. In the present case, the ocean surface temperatures have been lower than average since September 2020, when the world was bearing the onslaught of the pandemic’s first wave.

Now, a latest forecast by the World Meteorological Organization (WMO) suggests that the ongoing La Nina, a bit ‘sudden and protracted’, is likely to continue through the winter of 2022 as well, and weaken only post February next year. There is a strong chance that the conditions will become neutral (neither El Niño or La Niña) February onwards and continue at least till May, when the monsoon arrives.

HOW DID IT IMPACT INDIA?

The Pacific basin itself covers one-third of the planet, so surface temperatures over the ocean influence have a huge impact on the global weather patterns. These variations trigger weather extremes in the most unusual way, floods in some parts and droughts in others. So meteorologists keep a very close watch, especially when the cause of their existence still remains a scientific mystery.

In case of India, El Nino, the warm phase, and La Nina, the cooling phase of the central and eastern Pacific Ocean, plays a signficant role in how much rain we get during the wettest period of the year – the southwest monsoon. The two phenomena influence the changes in the atmospheric circulation – winds, pressure and rainfall.

El Nino negatively impacts the monsoon. It diminishes the rainfall during the four-month period. Remember the severe drought in India in 2015 – the year that saw the strongest El Nino on record. La Nina, on the other hand, cools down the surface temperatures over equatorial Pacific and favors a good monsoon over India.

For India, the impact of La Nina on monsoon’s evolution is believed to be the most important. La Nina augurs well for the monsoon and keeps it active and vigorous. “The seasonal rains have been good this year, which was good for agricultural production. The monsoon was so strong that even a negative IOD, which negatively affects the monsoon, could not impact it,” say scientists.

Both the key events are tightly linked to the country’s agricultural production and food security, which get impacted by how the monsoon eventually turns out.

Although quite impactful, El Niño Southern Oscillation (ENSO), as the El-Nino-La Nina phenomenon is called, is not the only natural factor that impacts the weather globally or over India alone. There, are of course, other natural weather patterns – the Indian Ocean Dipole, Madden Julian Oscillation, Arctic Oscillation, variability of the monsoon and melting of the Polar ice.

But now all these natural phenomena are happening in the backdrop of a continuously warming world – a world that is 1.1 degree Celsius warmer than before 1900. The global temperatures are at an all-time high, triggering weather extremes and altering seasonal rainfall patterns. The past eight years were hottest on record.

According to the WMO, the impact of cooler La Nina on atmospheric temperatures was also “limited and temporary” in 2022 due to warmer-than-average sea surface temperatures elsewhere.

To recall, India had the hottest March on record this year, with one of the most intense heatwaves that struck earlier than usual and devastated crops.