Shakoor Ahmad Dar was killed in an encounter along with another militant, who is believed to be a Pakistani national, according to the police.

Srinagar: Two Lashkar-e-Taiba militants, including the terror outfit's divisional commander Shakoor Ahmad Dar, were killed in an encounter with security forces, while another surrendered, in Kulgam district of south Kashmir on Sunday.

Dar was one of the 21 militants on the hit list of the security forces that has been prepared as part of a fresh military offensive aimed at destroying the leadership and organizing capabilities of terror outfits all across Kashmir.

Officials said that Dar, a resident of Tengpora in Kulgam, was an A+ category militant who joined Lashkar in September 2016.

The police said that a tip-off had been received about the presence of some militants at Cheddar village in Qaimoh of Kulgam district this afternoon, after which a crack team of the Jammu and Kashmir Police, along with the Army and the CRPF, cordoned off the suspect house. Appeals were made to the terrorists to surrender but they opened fire at the security forces, triggering a gunfight, the police said.

"We followed the standard operating procedure during which two terrorists were killed and one, who had joined militancy recently, surrendered. He has been taken into custody," Inspector General of Police (Kashmir Range) Swayam Prakash Pani said. 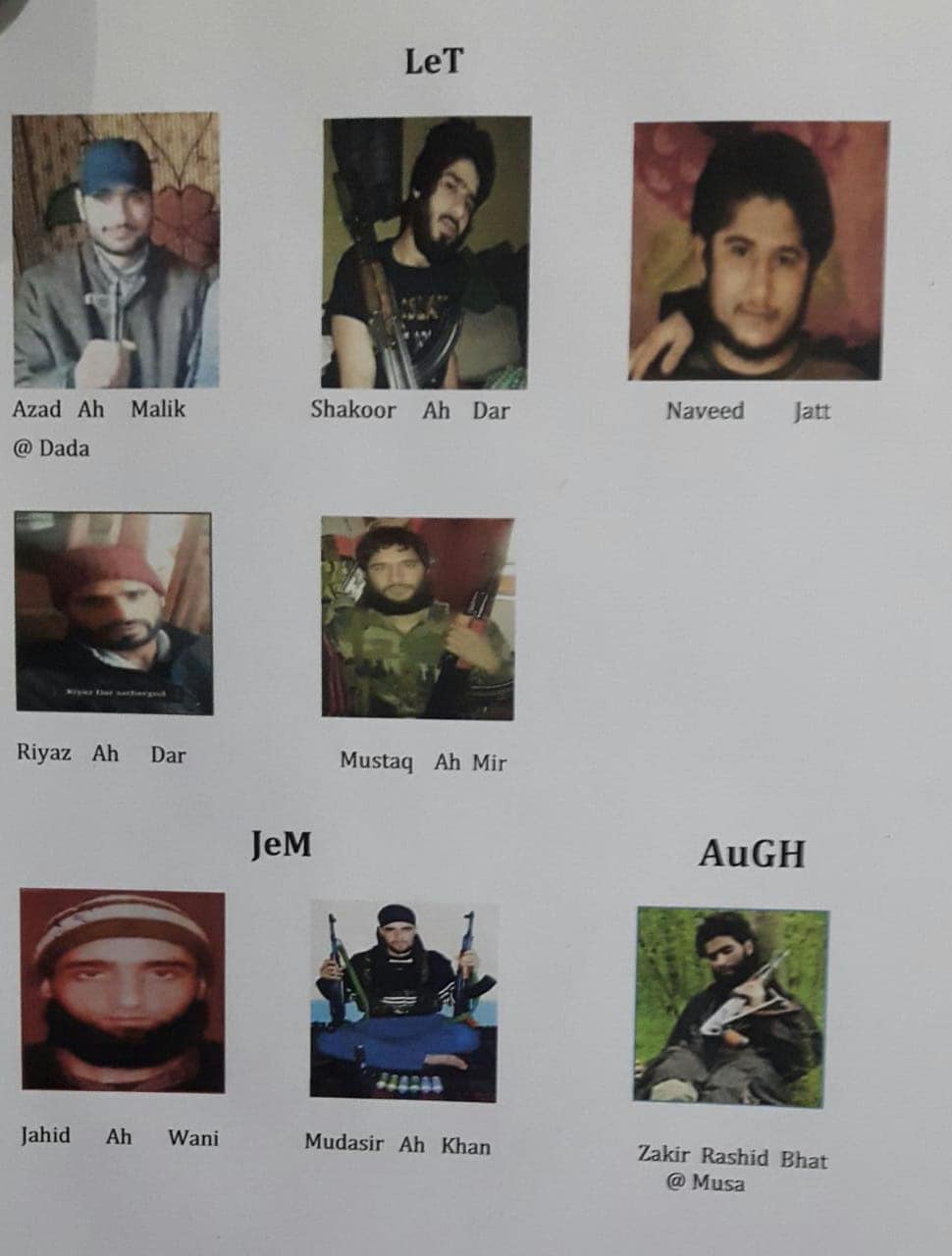 The 21 top militants on the hit-list of the security forces.

Police said that another encounter broke out in Laam village of Tral in Awantipora area of Pulwama after the militants fired upon a search party of security forces.

The encounters come just two days after four militants affiliated to the Islamic State Jammu and Kashmir (ISJK) were killed on Friday during an encounter between the terrorists and security forces in Anantnag district of Jammu and Kashmir.

Among those killed in the encounter was Dawood Sofi, resident of HMT, Srinagar. As per the army, Sofi, an A++ category militant, was the chief of ISJK and had joined militancy in August 2016.

He was also on the list of 21 top militants prepared by the security forces.

The list, prepared jointly by various security agencies, contains the names of 11 Hizbul Mujahideen militants, seven from the Lashkar-e-Taiba, two from the Jaish-e-Mohammed, one from the Ansar Ghazwatul-Hind and Dawood.

These militants have been listed under different categories- from A++ (being the highest) to A+, A and B. An A++ category militant is considered first on the hit list released by the security agencies.

The list, officials said, is part of a fresh offensive after the completion of Ramzan ceasefire and with the imposition of Governor’s rule in the state. The operations will also help sanitise the Jammu-Srinagar national highway ahead of the annual Amarnath pilgrimage, beginning June 28, a senior police official said.

Some time back, the Army had prepared a similar hit-list. All those terrorists, whose names figured in the list, were eliminated by the Army.