In prevalence of anxiety, depression, trauma-related disorders- the risk is more prevalent in women than men. (Shutterstock)

Several studies have proven that gender-based differences in day-to-day lives contribute significantly to the higher prevalence of depression and anxiety disorders in girls and women. 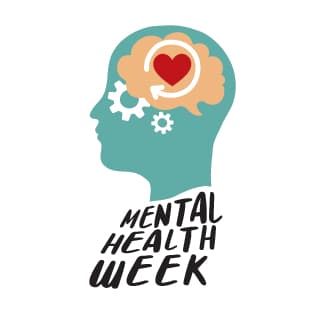 While millions suffer from defined mental disorders, there is a significant other half who, because of extreme conditions or circumstances of life, are at special risk of being affected by mental health problems. Socially constructed differences between women and men in roles and responsibilities, status, and power interact with biological differences to contribute to the nature of mental health problems suffered by men and women, a research conducted by the World Health Organisation (WHO) on ‘Gender and Mental Health’ stated.

Several studies have proven with strong evidence that gender-based differences men and women face in their day-to-day lives contribute significantly to the higher prevalence of depression and anxiety disorders in girls and women when compared to boys and men. Experts cite how lower self-esteem was much more prevalent in adolescent girls compared to boys in the same age group. And girls’ anxiety over their body image is known to result in a higher prevalence of depression and eating disorders as compared to boys of similar age.

“In Indian society, gender-based violence and male dominance is an accepted norm. As a result, it has always kept women at the receiving end, and dependent on men. Oppression and dominance result in aggressive and physical abuse, and women have been victimised often. This affects one’s mental health to a large extent and is contributor to mental illness. Women’s psyche often gets bruised repeatedly without anyone to heal the hurt and trauma experienced from early years,” said Mumbai-based clinical therapist, Anureet Sethi.

Most women remain silent for years until their mental health exhibits serious repercussions and they are often discouraged to express their feelings for fear of getting stigmatised, she added.

Around 35% women globally suffer violence in their lifetime. In a study done in India on around 10,000 women, 26% reported having experienced physical violence from spouses. The prevalence could be as high as 45% as indicated by data from Uttar Pradesh.

Data from the National Crime Records Bureau (NCRB) reveals that in India a crime is committed against a woman every three minutes. And shockingly, 28.4% of the pregnant women suffer domestic violence across India.

A major problem in mental healthcare is the ‘treatment gap’ or the number of individuals (expressed as a percentage) with an illness who need treatment but do not receive it. Along with lack of awareness, scarcity of resources, unequal distribution, and availability of healthcare service, stigma and discrimination play a significant role too.

An Economic and Political Weekly (EPW) report stated that men and women seeking psychiatric services at healthcare clinics in India report similar levels of depression, but women report more perceived stigma. This tendency to perceive and report distress in psychological or somatic terms is influenced by social and cultural factors, including the degree of stigma associated with particular symptoms.

In the case of women, the stigma revolves around the fear that a diagnosed mental illness would reduce one’s prospects of marriage. Fear of rejection and the need to hide illnesses from others are some of the most prevalent experiences of the stigma that Indian women report.

“Despite all efforts to stand up to the stigma of mental health, till date, if women are diagnosed with mental illness, it is considered a shame for the family. As women play the role of nurturer and child-bearer, mental illness is seen as an obstacle in her contribution to the family as a good caregiver,” psychologist Anureet Sethi said.

Women suffering from any mental illness are not reported for treatment unless very serious, she added.

Experts state that potential risk factors among women that act as catalyst are women’s blunted hypothalamic–pituitary–adrenal axis response to stress, lower self-esteem and a higher tendency for body shame and rumination, higher rates of interpersonal stressors, experienced violence, and childhood sexual abuse. And on a societal level, risk factors include lack of gender equality and discrimination.

A Lancet study says that in the prevalence of anxiety, depression, trauma-related disorders, the risk is more prevalent in women than men, therefore, contributing to more depression rates among women.

“Body-shaming and fat-shaming were one of the several reasons for my anxiety and eating disorder. I developed it when I was nearly 13 and it was clinically diagnosed after 10 years. For a decade of my life, I was battling fat-shaming, fighting stigma on ‘how a woman should look’, and constant stress of stereotypes,” said 23-year-old Z, a student. Her identity has been withheld on request.

The pandemic has pushed the Indian healthcare infrastructure to the brink. And the already existing treatment gap has widened. A research study by Dr Getha Deasai and other experts from the National Institute of Mental Health and Neurosciences, Bengaluru, titled ‘Perinatal Mental Health Care for Women With Severe Mental Illness During the Covid-19 Pandemic in India’, stated that the psychological impact of Covid-19 pandemic on women during pregnancy and the postpartum period has been relatively high.

Evidence revealed a massive spurt in anxiety, depression and thoughts of self-harm among women in the perinatal period. The study also talked about how during the pandemic, fear of isolation, catching the infection and foetal transmission are a few factors related to the high psychological morbidity. It also mentioned that most data during the Covid-19 period related to perinatal mental health problems focused on common mental disorders such as anxiety and depression among women.

However, the data and literature on challenges faced by women with severe mental illness during pregnancy or postpartum during the pandemic are still scarce. Additionally, several surveys and studies have shown a rise in intimate partner violence during the lockdown, emphasising the need for adequate and appropriate services for women.