The Hathras victim's body was cremated in the dead of the night. (File photo)

The Lucknow bench has taken suo moto cognisance in the case of alleged gangrape and death of a Dalit girl in Hathras by four upper caste men.

The Allahabad High Court on Tuesday said the victim of the Hathras gang-rape and murder was entitled to a decent cremation in accordance with her religious customs, which "essentially are to be performed by her family". The Lucknow bench has taken suo moto cognisance in the case of the alleged gangrape and death of the Dalit woman in Hathras by four upper caste men.

The Uttar Pradesh Police had "cremated" the body of the victim in the dead of the night, in the family's absence, leading to outrage and protests across several states.

"Action of state authorities, in name of law and order situation, is prima facie an infringement upon human rights of victim and her family. She was entitled to decent cremation in accordance with her religious customs which essentially are to be performed by her family," observed the bench. 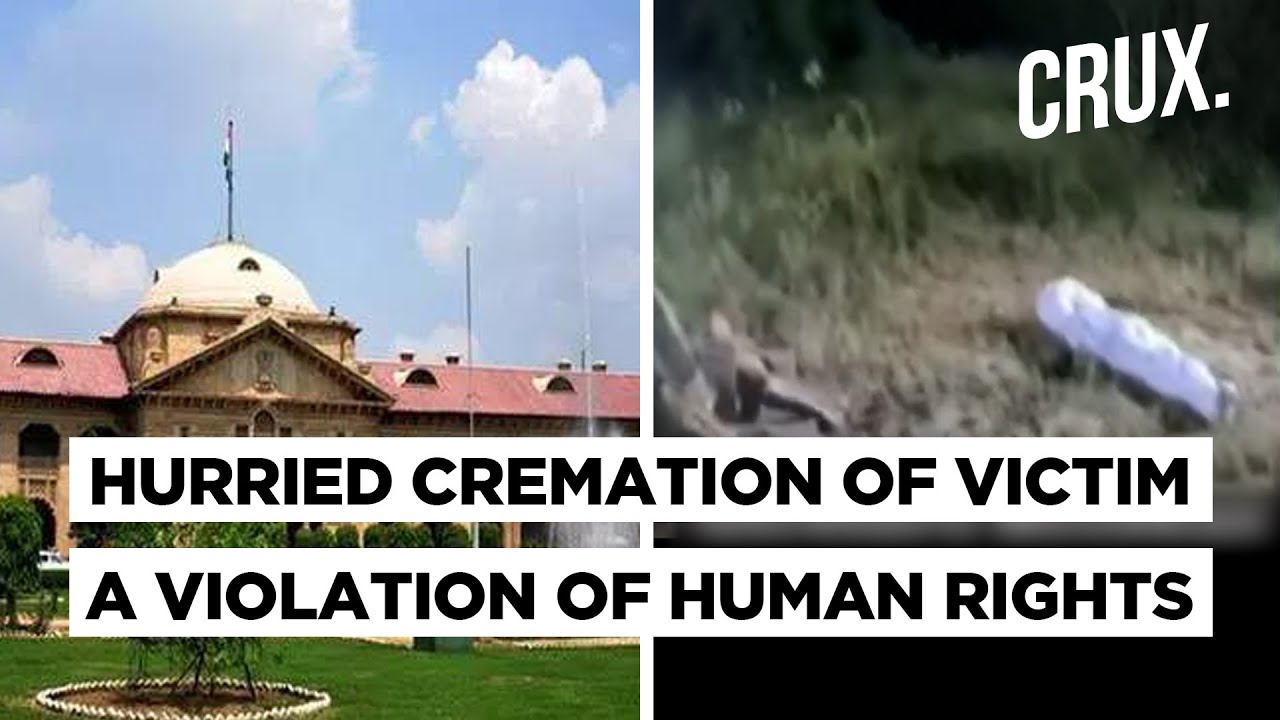 The court, in its detailed order issued on Tuesday after the hearing on Monday, said the larger issue which this incident raises impacts such rights of other residents of the entire state. The court, referring to precedents, observed that the right to dignity and fair treatment enshrined under Article 21 of the Constitution is not only available to a living person, but also to his/her body after death.

The court order said that "no one should indulge in character assassination of the victim just as the accused should not be pronounced guilty before a fair trial".

Additional Director General (Law and Order) Prashant Kumar was pulled up for his comments where he suggested that the rape did not happen. The court questioned him on this, and asked whether the investigation was concluded and if Kumar had read through the new rape law of 2013.

The court had earlier reminded the police about the rape laws, which accept a dying declaration from an assaulted woman as a fact.

"Facts, as of now, ex facie, reveal that decision to cremate the victim in the night without handing over the body to the family or their consent was taken jointly by administration at the local level and was implemented on the orders of DM, Hathras," added the bench.

The bench has ordered for the suspended Hathras SP Vikrant Veer to appear before the bench in the next hearing, scheduled for November 2.

The court has also directed the state administration to ensure security of the victim's family. It also said that any investigation or inquiry, being carried on either by an SIT or any other agency, should be kept confidential and no report is leaked to the public.