Fauji was one of most-wanted JeM commanders in south Kashmir since the killing of Abu Qasim, Abu Dujana and Abu Ismail as he possessed skills in deception, hit-and-run tactics and fabricating explosives.

Security forces got one of the biggest catches of the year by killing Fauji Bhai, a pseudonym used by Mohammed Idrees, in an encounter at Kangan near Pulwama on Wednesday morning. Two local militant associates were also killed, while a soldier suffered injuries.

Police said Fauji was one of most-wanted JeM commanders in south Kashmir since the killing of Abu Qasim, Abu Dujana and Abu Ismail as he possessed skills in deception, hit-and-run tactics and fabricating explosives.

“The slain commander has been identified as Fauji Bhai or Fouji Baba, who had participated in Afghan war and was active since 2017 in Kashmir. He was an IED expert and was the mastermind of May 28 Car bomb plan which was averted on time by police, Army and CRPF,” IGP Kashmir Vijay Kumar told reporters. 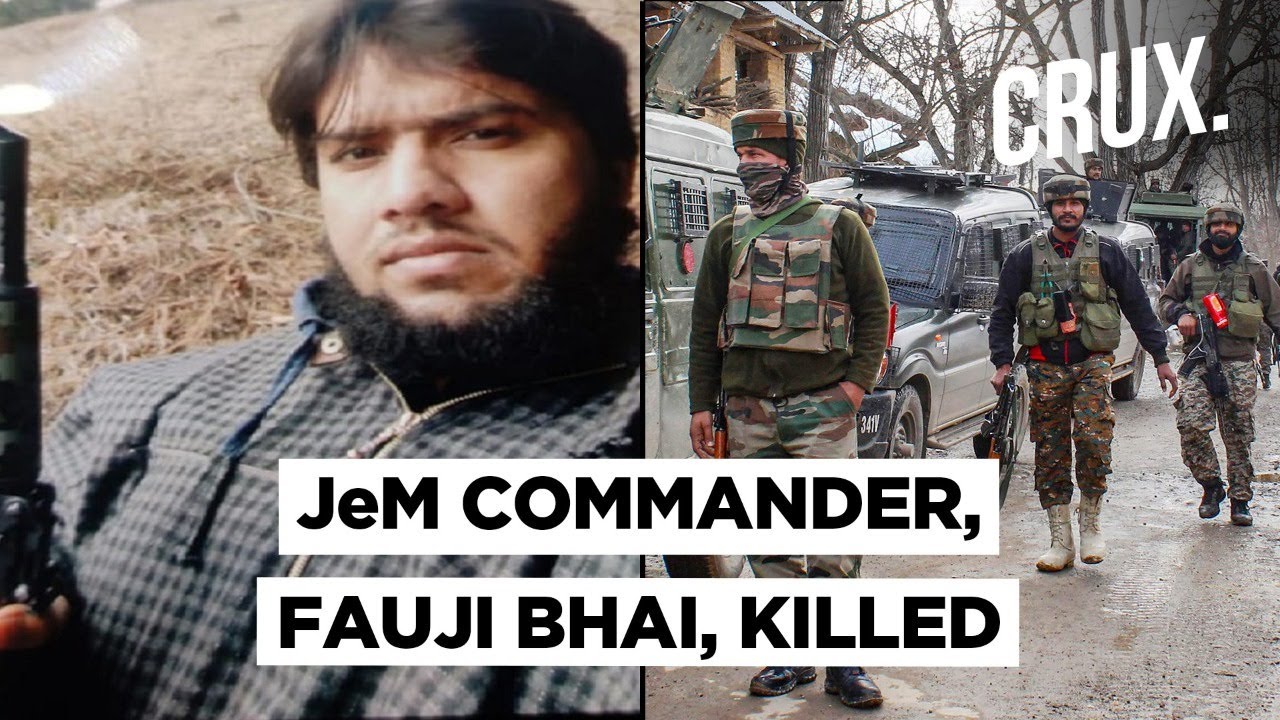 A resident of Multan, Fauji was active in South Kashmir since the last four years. He arrived in the Valley along with a dozen or more Pakistani militants through Pir Panjal in the late 2016.

Two nephews of India's most-wanted militant chief Maulana Masood Azhar were part of the group that traversed many mountains and sneaked through the Pir Ki Galli range into south Kashmir.

Masood's two nephews were killed in two separate encounters at Khrew and Aglar in Pulwama district in the last two years. Sources say Fauji is related to Azhar but it is not clear whether he is another of his nephews.

Very little was known about Fauji's position in Jaish and his appearance till recently, but once police got to know through captured overground Jaish workers that he was important in the organisational ladder, it started to generate information on him.

Very recently he is said to have escaped from an encounter in Chadoora and before that on couple of occasions in Pulwama.

Police sources say he would disguise himself very well and move around freely, clean shaven and in shirt and trousers or T-shirts and not pathan suits to avoid detection.

He is said to have carried many attacks on security forces, besides wooing militants from indigenous Hizbul Mujahideen to join Jaish along with building up a strong network of overground workers.

His role in plotting attacks in Pulwama in 2020 and 2019 was established and he was on the security radar for the last two years, but police got more information about his importance in Jaish in the last six months.

While 40 CRPF men were killed in a massive car explosion at Lethpora on national highway in February 2019, a similar kind of attack plotted by Jaish and Hizb was foiled by police and Army last week.

JK DGP Dilbag Singh had told CNN-News 18 that actionable intelligence to detect the car laced with a 45-kg IED had averted a major tragedy last week.

Police followed the Santro car to Avengund village and neutralised it before it could have been used in a lethal way.

Before militants abandoned the car in the village, police had fired on them on a couple of checkposts but they had managed to slip through taking advantage of darkness and abandoning the car on a roadside. A bomb detection squad next morning had defused the explosive.

Police were probing similarities between Pulwama 2019 and 2020 and Fauji was emerging as a common link in both the incidents. Police have also named Hidayatullah, a militant of HM, as a co-plotter in the failed car-bomb strike bid.

Last week, police also questioned Hidayatullah's brother in connection with the car. The family told investigators that the car was sold by him much before he joined militancy earlier this year. Police is investigating the case even as NIA is said to be taking over the case.

Meanwhile, heavy clashes are underway in the Kangan and adjoining villages as security forces are trying to wind up the operations after killing Fauji and his two local associates.

IGP Kumar meanwhile said now that Fauji has been eliminated, there are two more Jaish militants, identified as Waleed Bhai and Lamboo Bhai -- both foreigners -- who have an expertise in making IEDs.

“We have also identified the Jaish chief Abdullah Rashid Gazi, who operates in the Khrew area of Pulwama district and is hiding in the woods. He will be neutralised once he comes down and we can even catch him where he is hiding. It is because of our source base that we have identified the Jaish chief, otherwise Jaish outfit doesn’t disclose the names of its head,” he told mediapersons.

“The number of militants killed this year is 75 and a majority of them were commanders," he said.