Prime Minister Narendra Modi, in his fourth televised address on the Covid-19 situation, had announced the special economic package, aims to empower all sections of the society hit by the Covid-19 lockdown.

Nobel laureate Abhijit Banerjee believes that the special economic package worth Rs 20 lakh core announced by the Narendra Modi-led government is “certainly not an eye-wash” and voiced hope that it will give a boost to the supply side which will drive economic recovery.

Prime Minister Narendra Modi, in his fourth televised address on the Covid-19 situation, had announced the special economic package, aims to empower all sections of the society hit by the Covid-19 lockdown.

Speaking exclusively to News18.com, Banerjee said, “It (economic package) is certainly not an eye-wash. It is an ambitious plan to redefine a lot of the economic rules of the game that we have operating under, and hoping that this will give a boost to the supply side which will drive economic recovery.”

He continued, “It will take some work to understand what the proposed changes exactly will be, so I will reserve my judgment on those, but I tend to believe that these supply side changes will be slow to have an impact on the earnings of the average person and therefore, the government needs to worry more about whether this will address the massive demand shortfall.” 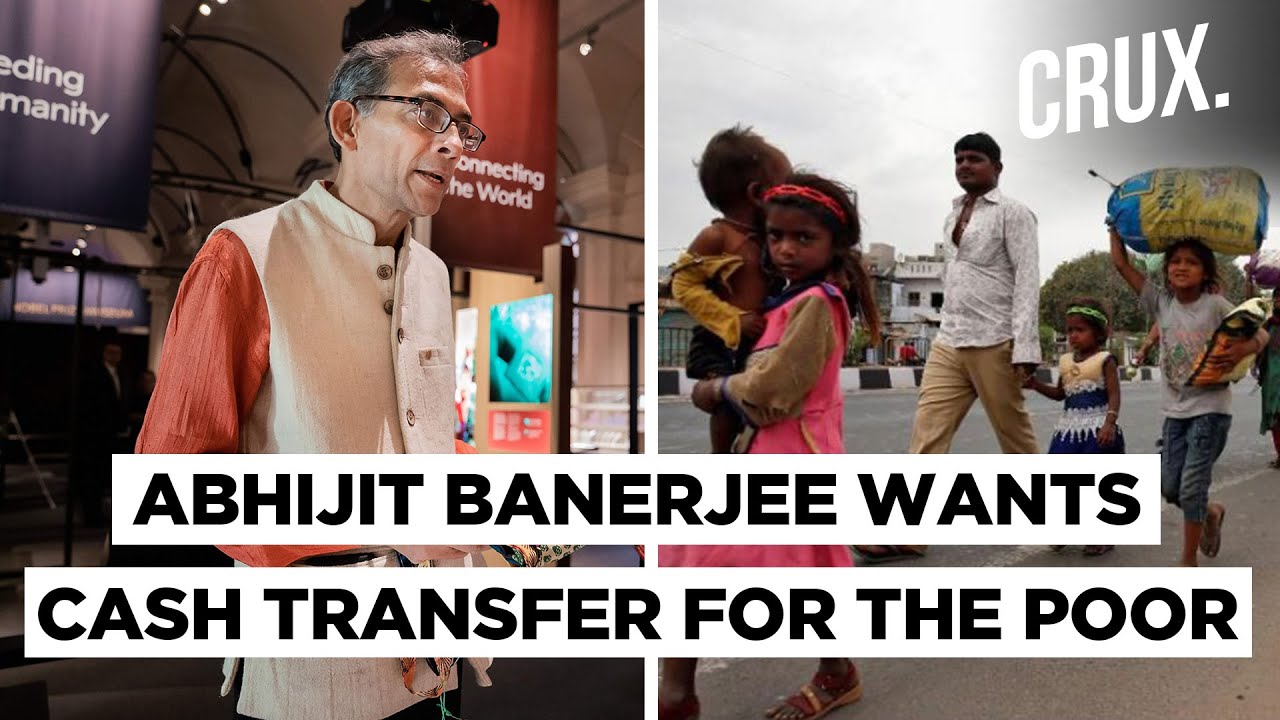 Banerjee, is also a member of Global Advisory Board formed by West Bengal Chief Minister Mamata Banerjee, to chalk out a roadmap for Covid-19 response in the state.

On being asked about how the poor people or migrant workers will survive in the ongoing pandemic-hit economic situation, he suggested that the government should provide some cash in hand to the needy so that, at least, they can secure their “roti, kapda and makan”.

“I still think the economy and the poor will benefit from a large-scale intervention that gives every household some cash. These people have no money and no purchasing power. They should get some cash in hands from the government to secure their roti, kapda and makan,” said Nobel laureate.

Meanwhile, when asked to respond on some states mulling the option of tweaking labour laws in India, where they might be forced to work more and paid less, he said, “There are apprehensions that this will snatch away the rights of the poor workers. Again, think of this as the first move in a longer game. The Bharatiya Mazdoor Sangh (BMS) has come out strongly against them and my guess is that they will be extensively negotiated.”

To support the farmers, who have also been hit by the nationwide lockdown, Banerjee said that the agricultural marketing needs to be transformed in the farmers’ interest.

“I think the rural infrastructure, especially the sector relating to agricultural marketing needs to be transformed in the farmers' interest. West Bengal, for example, suggests that the "intermediaries" hold a huge amount of market power. That said, it is not clear that now is the time to do this, when the government needs all hands on board to fight the pandemic,” he said, on being asked whether states should work more on strengthening the rural infrastructure to bring back the state’s economy on track.

Asked to share his views on pressure being faced by business firms to cope with the crisis, especially in making due payments, running the establishments and not to sack employees, Banerjee said, “The United States has had the government which essentially takeover the salary payments to redundant employees for small and medium


enterprises. Short of doing that it may be a bit heroic to assume that the employment will be protected.”

On viability of work from home module, he said, “I have no idea. It could also mean that the US expands its service sector, taking our jobs.”