Nearly 2,000 farmers from Maharashtra, Punjab, Haryana and Uttar Pradesh have united under the umbrella of Kisan Mukti Sansad in Jantar Mantar to reiterate their two demands – farm loan waiver and remunerative prices for their produce.

These children who have been robbed of their family and their childhood are the real face of this tragedy that is the farmer distress in India.(Image: Zeba Warsi/Network 18)

New Delhi: “I used to hate my father. And now that I am older, I understand it wasn’t my father’s fault. It was the government’s fault.”

Fourteen-year-old Ashok’s words can pierce through anyone’s heart. He is a farmer’s son born in Gadchiroli, in Maharashtra’s Vidarbha region. He is one of the 350 children who have lost a parent to farmer suicides during the last decade in the state. Ashok and his friends have come all the way to the Jantar Mantar in the national capital to take part in the Kisan Mukti Sansad.

“I came here to urge the government to do something so that no other child is orphaned like I have been,” says Ashok.

Farmers from all across India have gathered in Delhi to demand their rights. Nearly 2,000 farmers from Maharashtra, Punjab, Haryana and Uttar Pradesh have united under the umbrella of Kisan Mukti Sansad to reiterate their two demands – farm loan waiver and remunerative prices for their produce. For 55-year-old Bhanu Ram, these protests have become a routine. A wheat farmer in Madhya Pradesh, he has lost a child to starvation. This is the 65th protest he has been part of over the last one year. “We keep screaming. It seems the government has gone deaf and mute. Is there no value for the life of a farmer’s son?” Ram asks.

Archana, 13, hails from Yavatmal district of Maharashtra. She was barely three years old when her father Shivpal Patil hung himself. Her mother was left all alone to fend for her three daughters. Archana being the youngest was sent to a children’s home in Nasik.

“I have not lived with my family all my life. I don’t know who my father was. But I have lost my family and my childhood. No farmer should commit suicide. It’s not just his life, but all the lives that depend on him that are devastated,” says Archana. 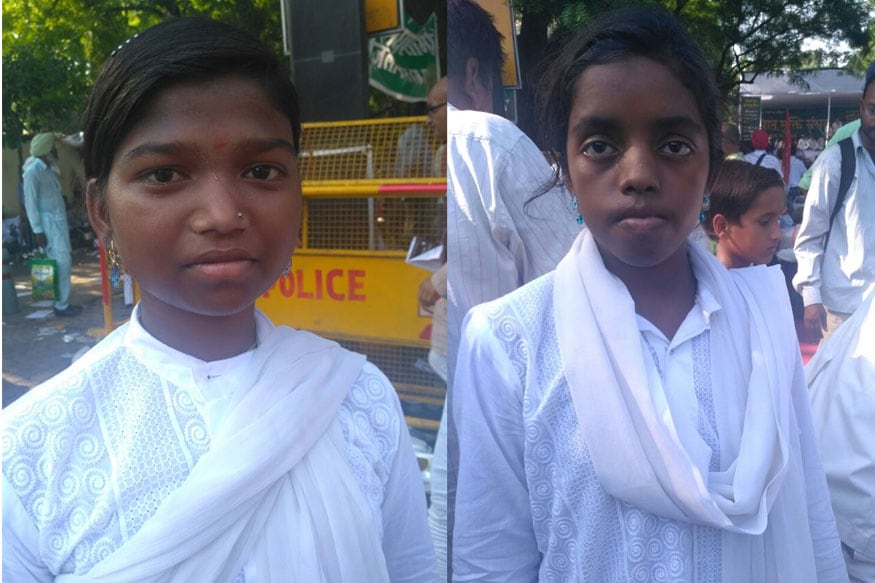 The farmer agitation is simmering for months now. Six farmers were killed in Madhya Pradesh when one such agitation boiled over. Farmers from Tamil Nadu have protested indefinitely in Delhi, sitting with skulls they claim are of their friends who committed suicide. They have tried to do everything to gauge the attention of both the government and the civil society. Aayakannu, the man who leads the resilient protest by Tamil Nadu farmers at Jantar Mantar, says they will not give up.

“We will fight till we die. Prime Minister Narendra Modi had promised us our rights and we will not give up till we get what we were promised. Farmers in this country are anyway living under the constant fear of death,” says Aayakannu. “The government waives off huge debts of rich people but my father was not given any relief and he committed suicide. Was the Rs 25,000 that my father owed too big an amount that the Government of India could not bear?” This question raised by 12-year-old Pallavi, who is from Sholapur in Maharashtra, sends a chill down the spine.

These children who have been robbed of their family and their childhood are the real face of this tragedy that is the farmer distress in India.