Stubble Burning Declines in Punjab Ahead of Peak Winter Onset, But Delhi-NCR Pollution May Rise Next Week

In the past week, the fires declined from a high of 3,508 on November 10 to nine on Monday, November 16, according to data provided by the Punjab Remote Sensing Centre (PRSC).

Over the past week, prior to onset of peak winter, burning of paddy straw has dropped drastically in Punjab, signaling near completion of this year’s paddy harvest season that saw the most fires since 2016, official data shows.

In the past week, the fires declined from a high of 3,508 on November 10 to nine on Monday, November 16, according to data provided by the Punjab Remote Sensing Centre (PRSC). However, scientists pointed out that while the fire-count had declined, Monday’s single digit figure could owe itself to the cloud cover in the northern state. An active western disturbance weather system brought snowfall in Himachal Pradesh, Uttarakhand and rains to Punjab, Haryana and Delhi. 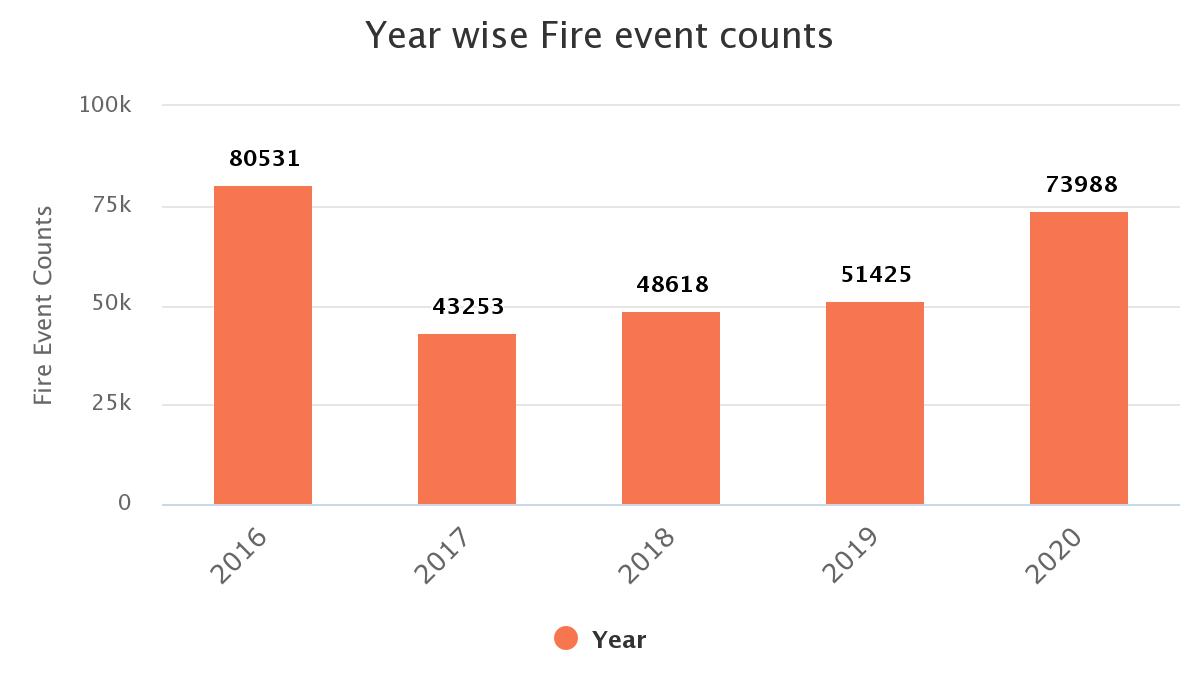 “Clouds can obscure satellite images but the number of fires have been on the decline over the past week,” said India Meteorological Department (IMD) Scientist VK Soni.

“Almost 95% of the harvesting and clearing of fields is done in Punjab. Only the Pusa variety of paddy is yet to be cleared and that too will end soon,” said BKU State General Secretary of the Dakaunda Unit Jagmohan Singh.

Large-scale burning of paddy straw in Punjab and Haryana, used as a cheap means to clear the fields for wheat sowing, generates plumes of smoke comprising of pollutants PM 2.5, PM 10 and black carbon. When winds blow in the north and northwesterly direction, this smoke travels south towards Delhi-NCR and as far as the Indo-Gangetic plains. Combined with vehicular pollution, industrial pollution, local biomass burning and dust pollution, the whole phenomenon leads to a toxic cocktail of pollution in these regions.

The air pollution caused by these factors aggravates when weather conditions are unfavourable for the dispersion of pollutants. If the air contains more moisture and winds are slow, pollutants get trapped close to the ground, making the pollution hazardous, even in the short term.

Last Monday, Delhi-NCR experienced one such episode as few parts of Delhi recorded PM 2.5 levels 12-15 times above the safe limit, and smoke from stubble burning comprised 38% of the PM 2.5 load in the city. PM 2.5 particles are 30 times smaller than a human hair and can severely damage the lungs.

Despite high levels of local pollution and emissions from firecrackers, winds and rains drastically improved Delhi-NCR’s air quality since the weekend. On Tuesday, the city’s air quality index, which is an overall measure of all pollutants, was in the ‘moderate’ category.

However, Centre’s SAFAR (System of Air Quality and Weather Forecasting and Research) agency said Tuesday that the air quality is likely to deteriorate gradually into the poor category by Wednesday and may slip into the very poor category by the end of the week.