Home » News » India » Stuck in 'British India' for 129 Years, Why Polls Make No Sense to Residents of This Darjeeling Tea Garden
6-MIN READ

Stuck in 'British India' for 129 Years, Why Polls Make No Sense to Residents of This Darjeeling Tea Garden

At poll-bound Darjeeling, a direct contest between the TMC and the BJP has seen both parties emphasising on the rights of tea garden workers.

Darjeeling: What is the cost of a house, that isn’t a home, at Darjeeling’s tea gardens? Of belonging? Of ‘permanent jobs’? A life confined within the boundaries of two-hundred years of exploitative legislation, explained Asha Pradhan (52). “A life of bondage,” she summarised.

The Kalej Valley tea garden, near Ghoom in Darjeeling, along with Peshok and Dooteriah are one of three tea gardens in the area, owned by TMC MP KD Singh’s Alchemist Group.

Not officially closed, workers in these gardens haven't received regular wages since 2016 and the next year they were abandoned by the management, as a fall-out of the 2017 Gorkhaland agitation that called for a strike in the tea gardens. Singh is being investigated by the Centre and state government for his alleged involvement in a ponzi scheme.

Such tales of abandoned gardens and unpaid dues punctuate the increasingly bitter brew of Darjeeling tea. But what makes Kalej Valley different is that workers here have taken matters into their own hands, demanding that they form a cooperative to look after the garden.

Last year saw workers disburse a bonus of 15.5 percent to its members, while the industry disburses a bonus of 15 percent — an almost impossible feat, admitted labour department officials.

“We refused to participate in the elections, until our demands were met,” Pradhan said, pointing to the posters on the walls of the closed 90-year-old factory. “But then they (politicians) rushed to us and promised to hear our demands after the polls. Binay Tamang (head of Darjeeling’s administrative board) met us and verbally assured us that he would take up the issue,” she said.

At poll-bound Darjeeling, a direct contest between the TMC and the BJP has seen both parties emphasising on the rights of tea garden workers. Bengal CM Mamata Banerjee dubbed the BJP “seasonal birds” and said, “Modi...said (he) will take over the tea gardens...but didn’t.”

BJP candidate Raju Bista also said, “The issue of minimum wage for tea garden workers is of the utmost importance for us.” Darjeeling will vote on April 18.

But Asha Pradhan and others remain wary of such promises. Her ancestors first came to the garden in the 1920s when it was first opened.

Tea, unlike coffee, doesn’t have a season. The bushes require constant maintenance and this, British planters realised, necessitated skilled labour to maintain the tea bushes, year after year.

In a Nepal, hungry for jobs, the British found an easy solution. Apart from their wages, they received houses — meant to provide minimal shelter — as a form of enticement.

These houses — which generations have built upon, adding a wall here, a fresh coat of paint there — are inherited by the workers, but never owned.

There are over a million people in tea gardens in West Bengal. An estimated 1,000 people have lost their lives to starvation since 2002, claim activists. Here workers, technically, have always been free to leave their jobs, but as Pradhan asked, “This is our life, the tea garden. Like the tea bushes, we have roots here. Where else will we go?” she asked.

Advocate-General of Bengal GC Paul, who wrote to the Indian Tea Association in 1890, argues that “coolie lines” at these gardens were “in no sense villages; they are part of the tea gardens or plantations” and those who “occupy these barracks...have no property therein...merely temporary occupants”. He was writing in response to the Chowkidar Act of 1870 that said a chowkidar be appointed in every village to report vital statistics.

The Village Chowkidar Act wasn’t extended to the tea gardens, nor was the Bengal Tenancy Act of 1885 — that gave ‘occupancy rights’ to those who’ve continuously lived somewhere for 12 years, nor the post-Independence Factories and Minimum Wage Acts of 1948, that set uniform minimum standards for workers, nor the CPI(M) government’s land reforms.

Instead, a separate Plantations Labour Act of 1951 was set up, that in addition to firewood, food rations also mandated that it was the “duty” of the owners to provide “necessary housing accommodation”.

“But as it became clear that it would be costly to build the number of houses required, the plantation owners started asking for government subsidies,” said an official.

The result, of what Brown University anthropologist Sarah Besky refers to as the importing of the ‘kindly rhetoric of colonial plantation management into India’s Constitution’ was that these tea gardens function like states within states.

Kalej Valley, for instance, has 114 families — of which only 40-odd remain. Welfare schemes, from both the state and Centre, rarely reach the gardens. The dispensary existed till three years ago, but hasn’t had a doctor for seven. Until a few years ago, it was impossible for workers to get bank loans. 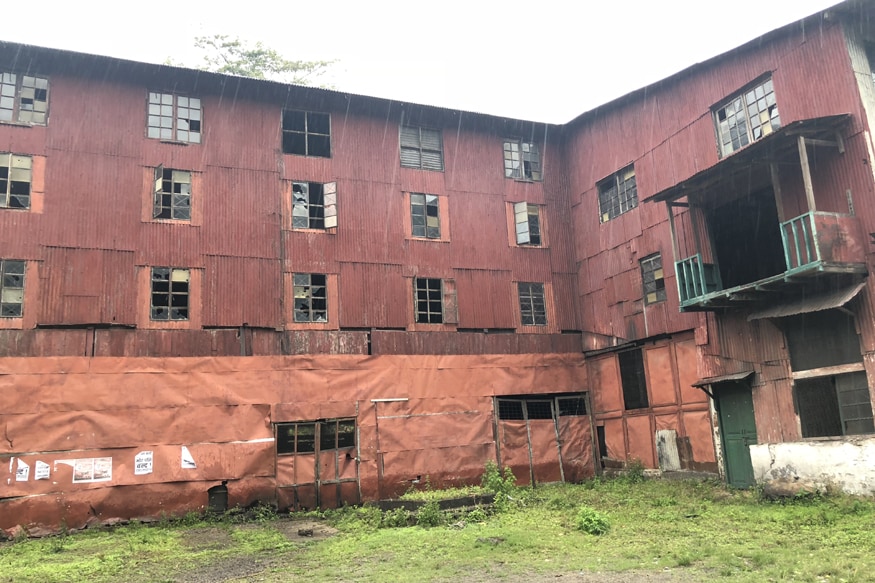 Not officially closed, workers in Kalej Valley tea garden stopped receiving regular wages in 2016 and was abandoned by the management the next year, as a fall-out of the 2017 Gorkhaland agitation. (News18.com)

‘They will come for votes, nothing else’

“I spent most of my bonus on trying to maintain the house,” said Pradhan. The houses are required to be built and maintained by the plantation management. But that rarely happens.

Painting of walls, growing vegetables or just constructing a tin shed, all increase the sense of attachment while bonding themselves and subsequent generations to the plantation.

“The rest went to clear debts,” Pradhan said while crouched at her chullah as she prepared food for the members of the Cha Bagan Sangarsh Samiti (CBSS) — the group fighting for the creation of a cooperative here — who had come to her house. The menu: rice from the state government’s scheme, freshly laid eggs and a curry of vegetables from her garden.

At the best of times, plantation employ more women than men. Jobs remain gendered: men work with machines, in factories or with fertilisers. Women work with their hands, working or plucking leaves. Maintaining their houses, though acutely aware of inheritance isn’t ownership, isn’t paid.

As a result, families have found that it is beneficial if at least one family member supplements the tea garden income with a job elsewhere. But in the past few years, jobs in Darjeeling, like the rest of India, have shrunk, as have the Army jobs. MN Pradhan (66), for instance, retired in 2013. “I have not received my gratuity, nor my pension, not my provident fund dues. At least Rs 2 lakh,” he said.

Now with tea gardens shrinking, migration has risen sharply. Low paid jobs in hospitality or childcare in southeast Asia for women and the Middle East and construction or restaurant jobs for men in the Gulf.

Nirnay John Chhetri, the founder of Mankind in Action for Rural Growth (MARG), said, “The migration abroad has increased tremendously and the tea garden populations are very vulnerable to the risks that come with it: exploitation, debt, human trafficking.”

Wages in tea gardens are given on the basis of kilograms of green tea leaf picked. Increased from Rs 9 per kilogram to Rs 25 per kilogram. Laborers carrying up to 90 kilograms of collected tea leaves get paid Rs 5 per kilogram. The minimum wage is yet to be fixed, in spite of repeated demands across the hills, strikes and clarion calls and promised by different political parties.

Muskan Tamang, in his twenties, said, “They will come for votes, nothing else. When we went to the DM’s office and asked about the issue. They said that the management had not paid for their lease since 1987. So they can’t do anything about it, not give it to new owners who might be interested.”
Tags: