The tragedy has been unfolding since Wednesday evening and has claimed 75 lives in Punjab's Tarn Taran, 12 in Amritsar and 11 in Gurdaspur's Batala.

I have not been able to see properly ever since I drank spurious liquor, says Tilak Raj, one of the survivors of the Punjab hooch tragedy that has killed 98 till Sunday.

The tragedy has been unfolding since Wednesday evening and has claimed 75 lives in Punjab's Tarn Taran, 12 in Amritsar and 11 in Gurdaspur's Batala.

Tilak Raj, a contractual employee of the Batala Municipal Corporation, says he felt uneasy after drinking spurious liquor, which he had bought for Rs 60 from Triveni Chauhan and Darshana Rani, alias Faujan, outside the Hathi Gate locality in Batala.

Both accused have already been arrested by police.

"After I drank it, I was not able to see properly and felt uneasiness," says Tilak Raj. He survived as his family immediately took him to the doctor.

"Now, I am feeling slightly better but my vision has not improved and I am feeling giddy," says 50-year-old Tilak Raj. 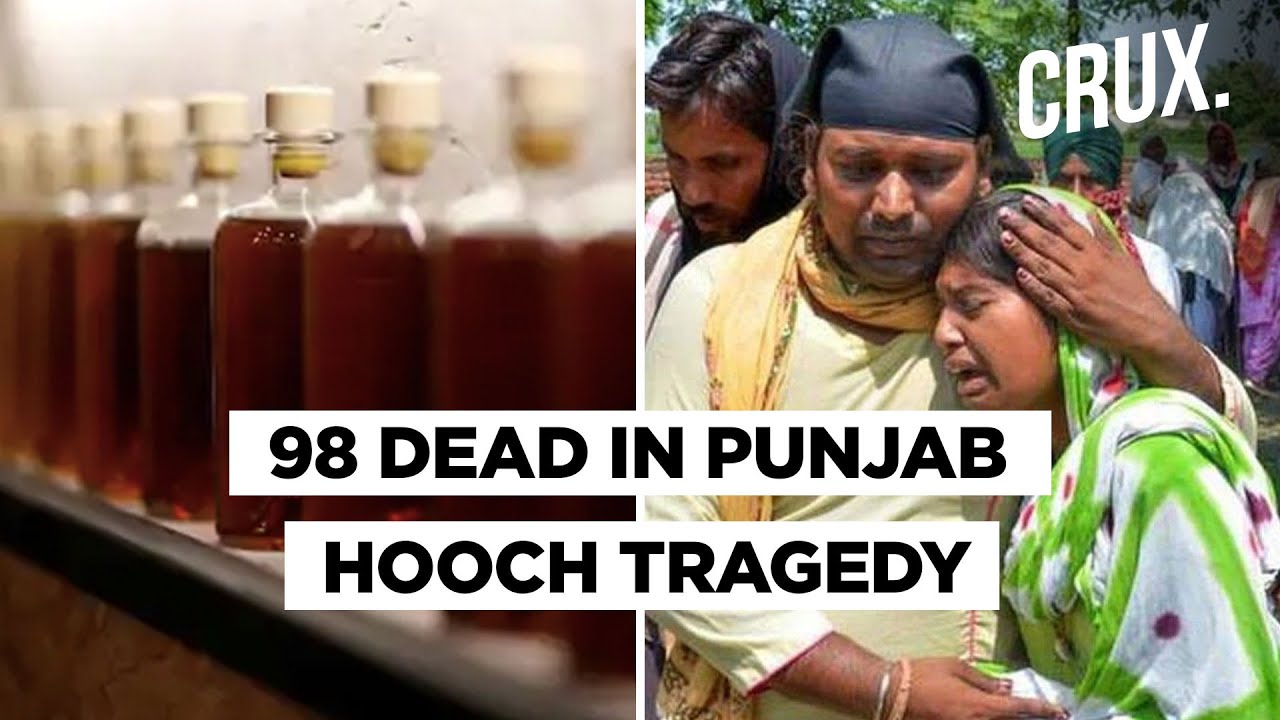 "I am still feeling weakness," says 32-year-old Kumar, who is admitted to the local civil hospital. Kumar blamed both Trivani and Darshana for the supply of spurious liquor.

Many Batala residents alleged that illicit liquor was being openly sold in the Hathi Gate locality but no action was taken by the authorities.

Another survivor in Amritsar's Muchhal village said he felt uneasiness after drinking spurious liquor. He said he could not see properly after consuming it.

According to a top excise official, though the reports of the chemical analysis of the material seized in police raids were yet to come, a superficial check showed that the material was denatured spirit, generally used in the paint or hardware industry.

Meanwhile, some families of the deceased in Amritsar flayed police for not taking any action against those indulging in the illegal liquor trade.

Charan Kaur, who lost her 65-year-old husband to spurious liquor in Amritsar's Muchhal, said accused Balwinder Kaur had been selling liquor for more than two decades in the village.

Whenever police would come, she would hide liquor or throw it away, said Kaur.