Chennai continued to witness largest number of infections with 1,493 people having contracted the disease on Sunday, the bulletin said.

Tamil Nadu has reported 53 COVID-19 related fatalities taking the toll in the state to 757 as 2,532 more tested positive for the virus pushing the aggregate to 59,377, the health department said on Sunday.

With the government enhancing its measures on testing of samples, the state reported its highest ever single day spike of 2,532 fresh cases, the health department said in a bulletin.

The number of recoveries also witnessed a quantum jump on Sunday with 1,438 people getting discharged after treatment totalling 32,754 so far, the bulletin said.

The state has been reporting over 2,000 cases over the last few days.

According to the bulletin, 31,401 people were tested on Sunday alone taking the overall figures in the state to 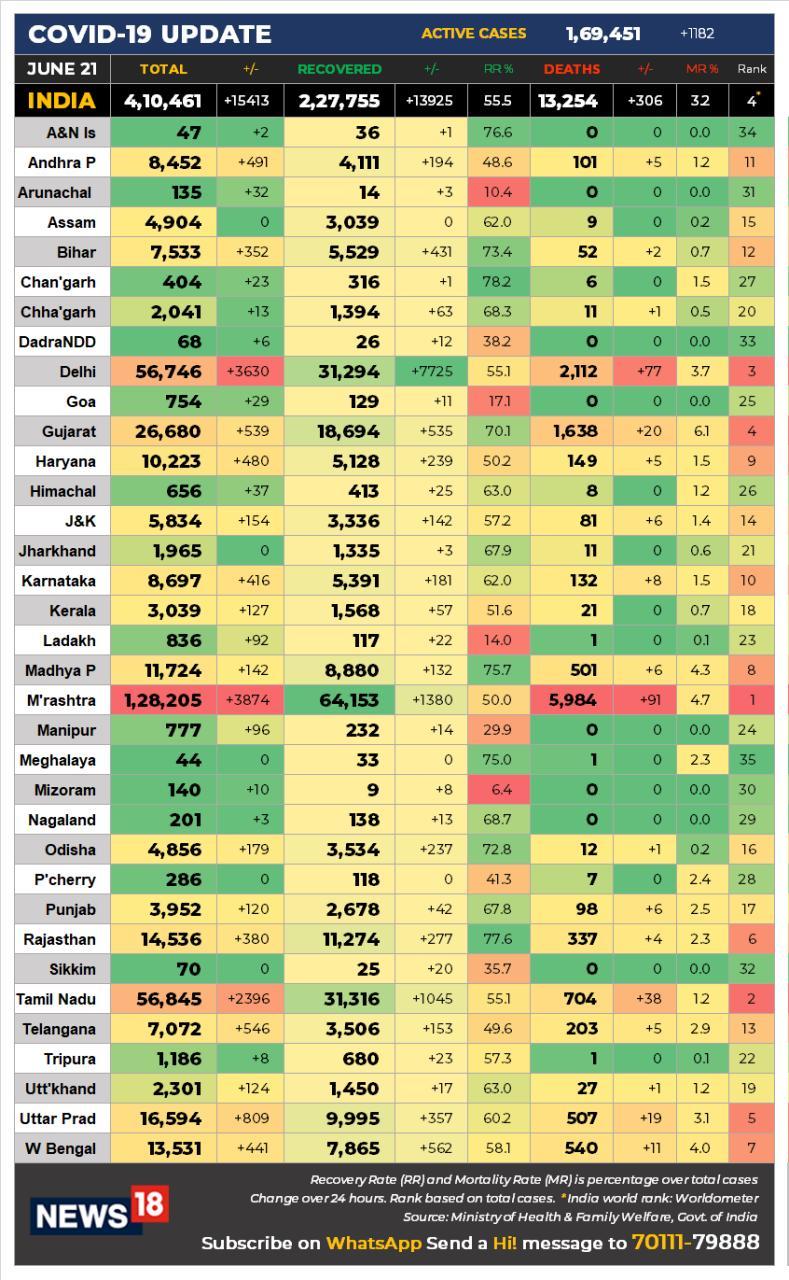 This is the second consecutive day in which the testing of people has surpassed 30,000 mark.

On Saturday, the department reported testing of 33,231 samples.

With the government attributing dense population as one of the reasons for the state capital reporting higher number of cases among the districts, Chennai continued to witness largest number of infections with 1,493 people having contracted the disease on Sunday, the bulletin said.

The number of active cases in Tamil Nadu stands at 25,863, it added.