The factory was located in Kattumannarkoil town of Cuddalore district.

The police and firefighters have been rushed to the accident site and a probe has been launched to find out the cause of the explosion.

Seven people were killed and two are grievously injured after an explosion inside a firecracker factory in Tamil Nadu’s Cuddalore district on Friday. All the deceased are women, including the factory owner Gandhimathi, the police said.

Chief Minister K Palaniswami, who expressed his condolences to the bereaved families, announced a solatium of Rs 2 lakh each to them.

The factory is located in Kattumannarkoil town of the district, 190 km from the state capital Chennai. The intensity of the blast was such that it completely damaged and brought down the structure.

Police and firefighters were rushed to the accident site and a probe has been launched to find out what caused the explosion. Visuals showed shell-shocked people crying near the debris of a concrete structure that collapsed in the explosion. Bodies could be seen lying around. 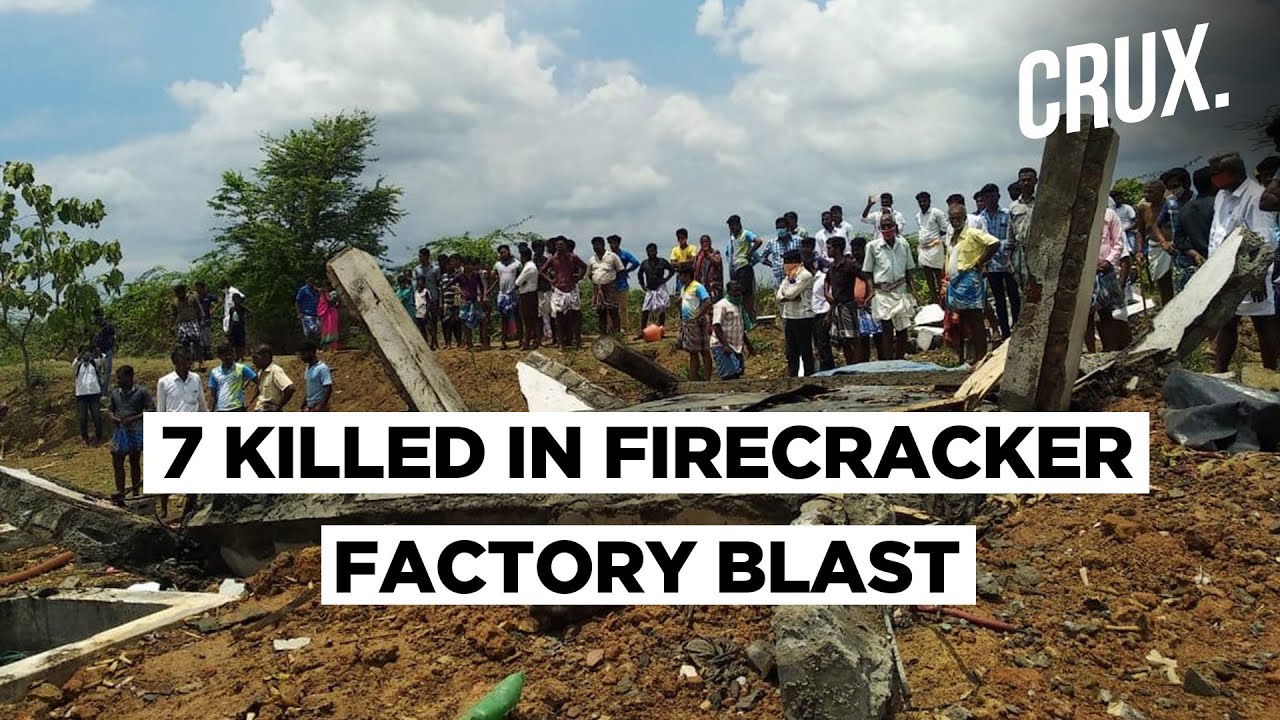 While five women died at the spot, four others were rescued from the debris by locals and rushed to the hospital. Of them, two women succumbed to the injuries at the hospital, and two others are undergoing treatment.

Cuddalore SP M Sree Abhivan told News 18 that a preliminary inquiry has revealed that mishandling of chemicals may have resulted in the explosion. The accident happened at a time when the state government has allowed industries to resume work with 100 per cent workforce amid the coronavirus crisis.

“In the wake of the explosion, we are going to have a special drive to check all the fireworks goddown in the district. We have always had a mechanism to check these goddowns quarterly. We are going to strengthen it as one of the fireworks unit exploded today,” he added.

The chief minister said, “Hearing the news about the death of seven women in theblast is distressing. I express my heartfelt condolences andsympathies to the bereaved families.”

He said he had directed Industries Minister MC Sampath and the district collector to ensure appropriate treatment to the injured and also visit the grieving families. DMK president and Leader of the Opposition in the TamilNadu Assembly MK Stalin and Amma Makkal Munnetra Kazhagamfounder TTV Dhinakaran also expressed grief over the incident.