LeT tasked Parveen with finding recruits for its jihadist cell through WhatsApp, and later honey-trapping Army and Air Force men under a pseudo-identity.

For months, the villages lining the Baleshwari river in Bangladesh smelt of fish and rice, and rotting human bodies. Through the summer of 1971, as Indian troops began to mass across the border, Mukti Bahini insurgents had relentlessly harried the Pakistan Army’s outposts in the south-western district of Pirojpur.

The reprisals were savage: The Pakistan Army and their militia, the Razakars, pillaged villagers’ food stores, burned down houses, tortured suspected informers, and staged mass executions.

Gouranga Chandra Saha watched as the local grocer, Delawar Hossain Sayedee, marched into the small village of Parerhat Bandor, at head of a group of ten Razakar militia. His sisters — Mohamaya, Anno Rani and Komol Rani — were taken to the Pakistan Army’s base at Pirojpur, where they were gang-raped by soldiers for three days, before being released.

In 2011, Saha had the satisfaction — if it can be called that — of testifying at the Parerhat Bandor grocer’s trial for war crimes. Sayedee had become, by then, a world-renowned preacher, and deputy head of Bangladesh’s Jamaat-e-Islami party. 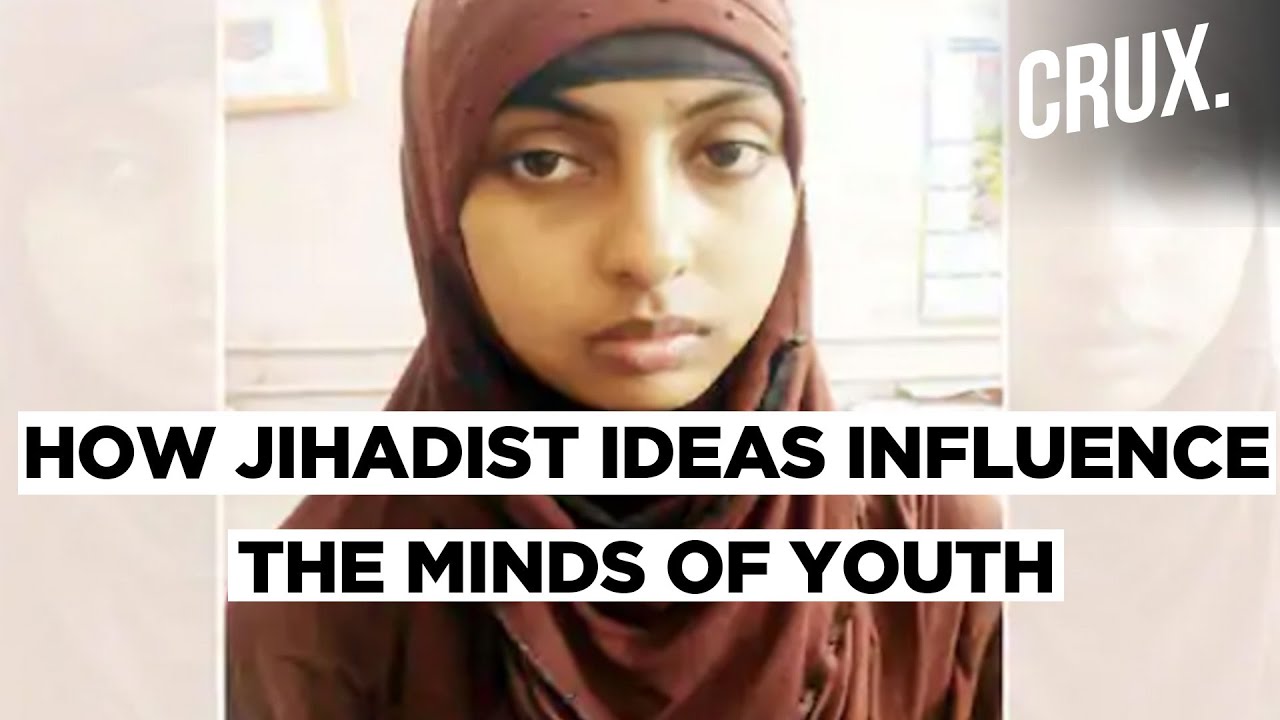 Eight years after Sayeedi was sentenced to death by a war-crimes tribunal in Bangladesh, his solemn, low voice colonised the mind of Tania Parveen — a Kolkata student at the centre of a circle of over 70 people charged last week for participation in online jihadist activity. From 2018, the National Investigation Agency alleges, Parveen began to obsessively listen to the cleric’s speeches, drawing from them inspiration that would drive her towards the Lashkar-e-Taiba.

“Why should we feel sad when the Hindu brothers choose to leave our country,” Sayeedi asked in one widely-reported speech? “Do we mourn when we have indigestion and materials leave our bodies”?

Born in March, 1999, to Nurnehar Khatun and Alamin Mondal in the village of Malayapur in West Bengal’s North 24 Parganas, Parveen grew up in difficult circumstances, sources acquainted with the family have told News18. Her mother works as an Accredited Social Heath Worker, assisting the government’s immunisation and birth-control projects in return for a meagre honorarium. Her father, once a farm-hand, suffered long-term unemployment.

Nurnehar Khatun, one source said, ensured her daughter received the best education possible. Parveen, as well as her younger sibling, were sent to a local private school, the London Missionary Society, from which she graduated high school with an enviable 90 per cent score.

In 2019, Parveen went on to gain a Bachelor’s degree in Arabic from the Moulana Azad College in Kolkata. Her teachers, a West Bengal police officer said, recalled the young woman as being exceptionally bright. In addition to Bengali, English, Hindi, Urdu and Arabic, Parveen picked up functional knowledge of Kashmiri and Bahasa Indonesia on her own.

Even as Parveen was preparing to begin college, events took place which would transform her life. In 2017, a teenager posted images of the Prophet Muhammad on his social media feed, which sparked off widespread tension in North 24 Parganas. Local Muslims attacked Hindu homes, businesses and a religious procession; Hindus responded in kind.

Though the fatalities were limited, by the sad standards of Indian riots—one killed, and 23 injured—the violence left deep fissures in the region’s communal landscape. Parveen began hunting for answers—and, the NIA alleges, found them in the idea of violent jihad.

Late in 2018, the NIA says, Parveen was introduced to Sayeedi’s sermons by her cousin Habibullah, a cleric who ran a local mosque. Her explorations of Sayeedi’s message, digital records obtained by NIA investigators show, soon led her into a maze of Islamist-leaning WhatsApp groups: Voice of Islam, Islamic Ummah and Human Brotherhood. In each, the message was much the same. India was part of a global alliance of states preparing for a genocide against Muslims and the answer was armed jihad.

From the transcripts of the digital records, though, it’s also clear Parveen found in the WhatsApp groups a sense of freedom and adventure likely denied to her in everyday life. A teenage romance blossomed with Kashmir-based Altaf Ahmad Rather, for example—much to the horror of both their families, investigators found.

In essence, the internet enabled Parveen to lead a fantasy life as a kind of Islamist version of Wonder Woman, leading an avenging pack of cyber-superheroes to beat back evil.

Even though her fledgling romance went nowhere, Rather’s group led Parveen to make contact with a man using the name Bilal Durrani, who claimed to be a Lashkar-e-Taiba activist based in Pakistan. Durrani, NIA investigators say, provided Parveen with a virtual Pakistani number to join his group, since it barred all Indian phones for fear of surveillance.

The Lashkar-e-Taiba has long argued that the appropriate role for women is as mothers and wives of jihadists — not as fighters.  “The gun and the purdah,” scholar Farhat Haq has pointed out, “are the key symbols of the LeT’s political agenda. The gun represents their political mission, and the purdah its central purpose”.

“LeT women”, she pithily noted, “are to confine themselves to chador and char-devari”.

There’s some evidence, though, that women jihadists have imprinted themselves — at least peripherally — on the South Asian jihadist’s operational imagination. Ishrat Jehan — the young Mumbai woman extra-judicially executed by police in 2003 — was claimed by the Lashkar-e-Taiba as a martyr who had volunteered for a suicide-bombing mission.

Insha Jan, the south Kashmir woman charged with facilitating the Pulwama bombing, is alleged to have had an operational role in Jaish-e-Muhammad; several European women played key roles as Islamic State logisticians, recruiters and tacticians.

From Parveen’s story, similarly, there are suggestions the online world has brought about some important transformations in the jihadist movement’s attitude to women.

Late in 2019, Parveen, using the pseudonym ‘Abu Jundal’, had risen to administering five Lashkar-linked WhatsApp groups, the NIA alleges. Investigators claim she was in regular touch with multiple Lashkar commanders in Pakistan. Through one of these new contacts, she was put in touch with an Inter-Services Intelligence officer using the pseudonyn ‘Rana’, who offered her money in return for raising local recruits.

Praveen’s efforts at setting up a jihadist cell, NIA investigators say, amounted to little: two girlfriends she added to her WhatsApp group Ghumnaam Tigers, or Anonymous Tigers, left immediately, and acquaintances from college she sought to recruit showed little interest.

There was just one friend who became active in Ghumnaam Tiger, a classmate in a tuition course Parveen attended. From the chat records, there’s reason to suspect that his primary interest was not ideological.

Faced with this unimpressive performance, ‘Rana’ suggested Parveen instead work to seduce Indian Air Force and Indian Army officers using a Facebook pseudo-identity, Priya Sharma. The plot had promising beginnings, after a junior officer made contact with Parveen. The Kolkata college girl, however, panicked when the officer sought a face-to-face video chat.

Low farce followed: when ‘Rana’ suggested that Parveen’s mission made it necessary to go ahead with the chat, the young women responded that Islamic law forbade her from removing her veil. A furious row followed, and Parveen snapped contact with ‘Rana’.

There’s no way of knowing whether Parveen’s online activities would ever have escalated to an actual terrorist operation — and in some key senses, that’s not the point. That the toxic world of fundamentalist chat groups attracts so many young people speaks of a deep political dysfunction, which it will take more than policing or intelligence services to address.