The Curious Case of 6 Mega Cities that Account for More than 50% of India's Virus Cases, Deaths

A man drives an auto-rickshaw depicting the coronavirus to create awareness about staying at home during a nationwide lockdown. (REUTERS/P. Ravikumar)

The national, financial and textile capital are among the six cities worst-hit by coronavirus

, accounting for more than half of the total Covid-19

cases and deaths in India.

Three of the cities – Mumbai, Pune and Thane – belong to the state of Maharashtra – the worst affected state in India accounting for more than a third (34.7%) of the total number of cases in the country. 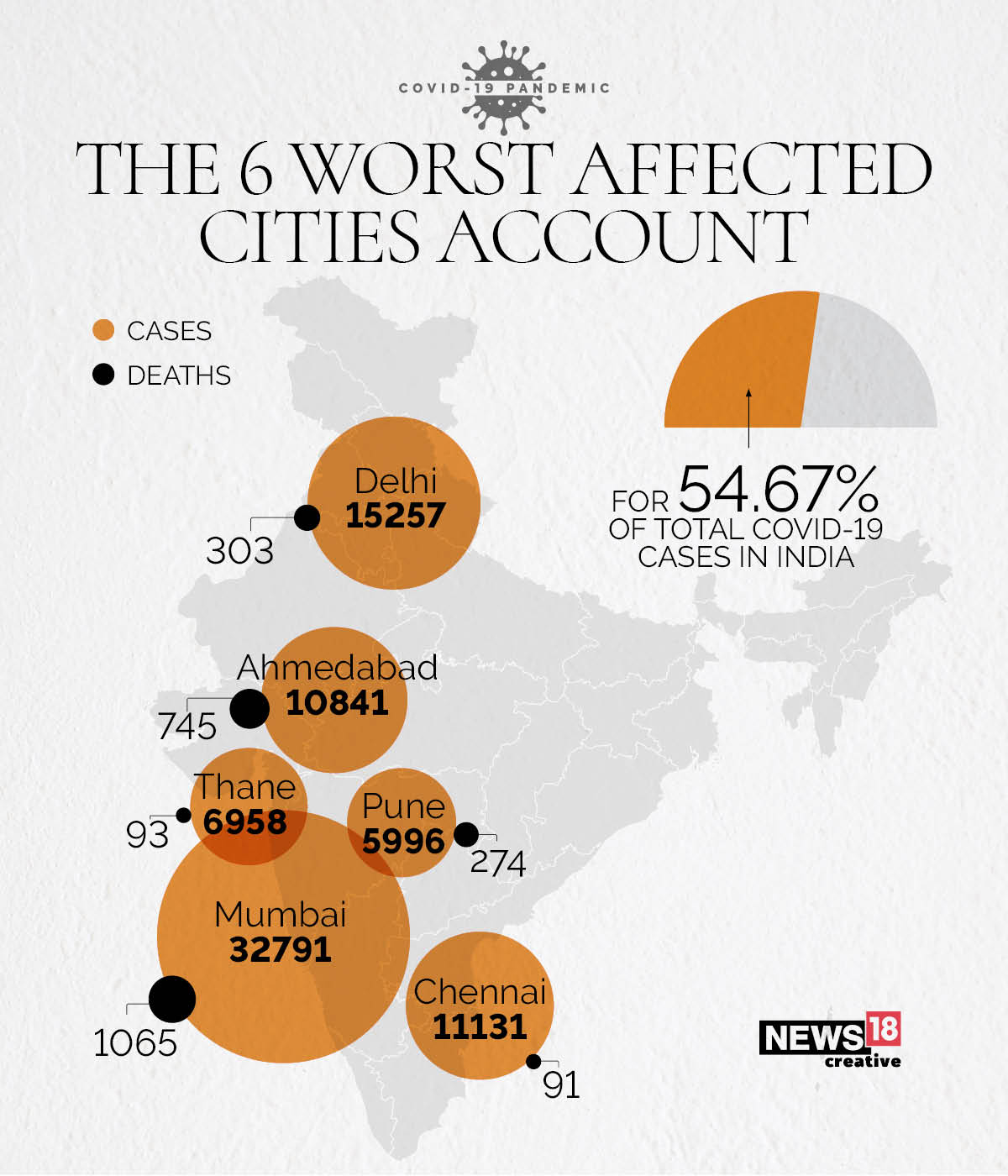 The 5-day Median Average of Active New Cases tweeted by Amitabh Kant, the CEO of Niti Aayog, shows that while Delhi and Thane are registering linear growth, the curve for new cases in Mumbai continues to grow exponentially.

14 districts contribute to 65% cases in India. Of these, 6 cities contribute to 56.3% of total cases. Delhi and Thane show linear growth, Ahmedabad shows flattening whereas Mumbai is growing exponentially. Focus should be on bringing down fatalities and improving recovery rate. pic.twitter.com/Mj7Soh3dmM

Delhi reported its highest spike on May 27, Wednesday, with 792 cases but has otherwise witnessed daily growth of new cases between the range of 3.1% and 5.7% in the last 10 days.

There is no clear trend in Pune’s growth – the cases grew till April 22, after which there was a decline. However, a sharp rise in cases was seen on some days during the first half of May after which the infection curve saw a linear growth. The city reported its highest surge on May 25 with 459 cases.

Chennai saw a dip in cases in mid-May, but a rise was reported from then on, as the city saw more than 500 daily new cases for seven consecutive days from May 20.

Ahmedabad has reportedly flattened its curve regarding new cases but concerns over its low testing numbers remain.

tests, stating that this was an artificial way of controlling numbers.

Gujarat’s testing rate (tests per million people) of 2,757, fares poorly when compared with Delhi which has conducted 9,305 tests. 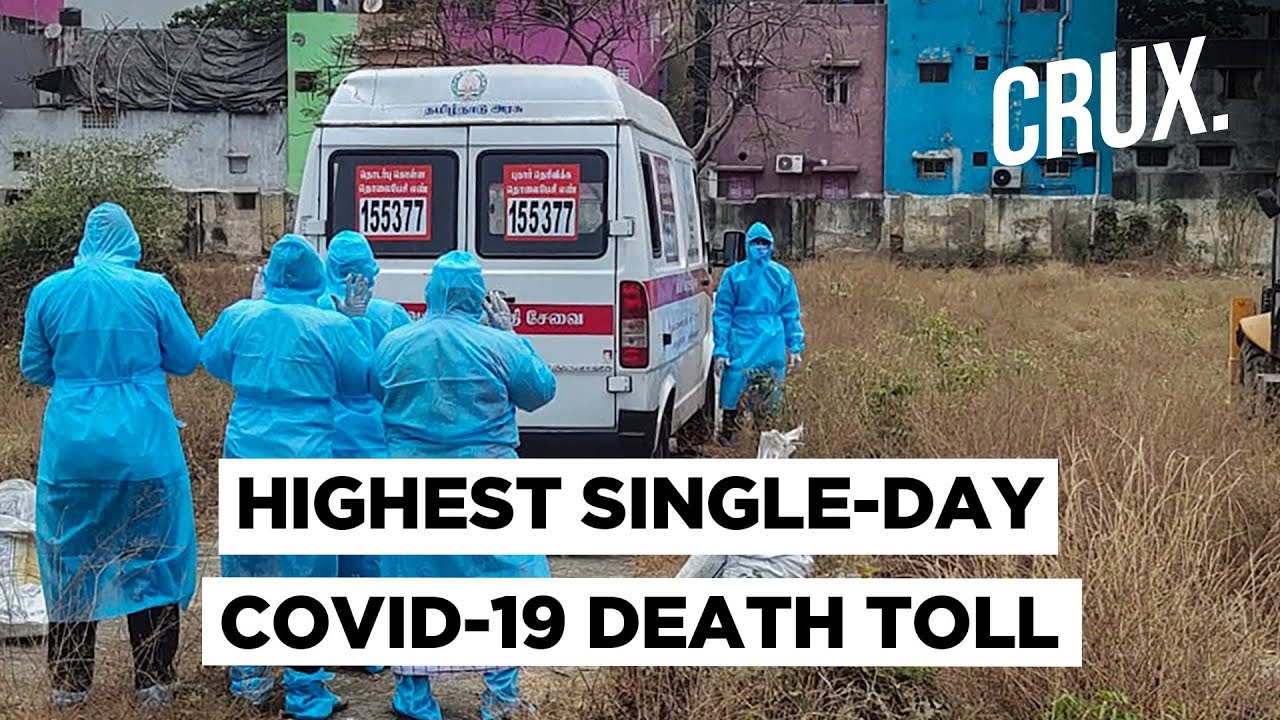 Another peculiarity is witnessed which may explain to the flattening of Ahmedabad's curve. Gujarat’s daily increase in cases has remained curiously constant - between 320-440 - throughout May despite different testing levels.

Mumbai is now on an exponential growth curve and has recorded more than 1,000 daily cases each day, since May 17.

Globally, Mumbai is now second only to Moscow in terms of daily new cases. It is the worst affected city in India and has recorded more than one-fifth (21.6%) of the cases in the country.

In terms of contribution to the state's numbers, Ahmedabad accounts for three-fourths of the total cases in Gujarat at 74.97%. The corresponding percentages for Mumbai and Chennai stand at 62.26% and 65.61%.

Chennai is the only city (among the six cities analysed) where the recovery rate is higher than the percentage of active cases. In contrast, more than three-fourth of the total cases in Mumbai are still active which is a cause of big concern for the authorities. Ahmedabad has the highest mortality rate of 6.87% among the six cities – 2.4 times higher than the national average of 2.86%. A worrying trend shows that the city accounts for almost 84% of the total number of deaths in Gujarat.

While India seems to have kept its mortality rate low, a peak in cases will put pressure and test the country's medical system. Which is why it remains paramount to contain the rate of growth of new infections especially in big urban centres which are also economic powerhouses.