Triple Talaq: India is Watching How Those Who Supported Bill in LS Are Opposing it Now, Says Jaitley

The Triple Talaq Bill has been tabled in the Rajya Sabha with the opposition parties, including Congress creating a ruckus in the House. Deputy Chairman of Rajya Sabha PJ Kurien had to repeatedly request the gathering to let Law Minister Ravi Shankar Prasad speak. He even threatened to adjourn the House amid loud disruptions. Congress' Anand Sharma moves a motion in Rajya Sabha to send the Triple Talaq Bill to the Select Committee for further consideration. The Lok Sabha has already cleared the 'Muslim Women (Protection of Rights on Marriage), Bill. The BJP Parliamentary Party has asked all its MPs to be present in Rajya Sabha for smooth passage of the bill. The opposition has protested vehemently against the bill, asking for it to be sent to a parliamentary panel to further understand the "need" for a civil issue to be turned into a criminal one.

Stay tuned as Puja Menon brings you the LIVE updates:

Congress leader Ghulam Nabi Azad: There is no clarity in the bill, there should be proper changes and there are 17 parties supporting this. AIADMK, BJD and TDP are also with us in sending the bill to the select committee. The ruling party has no support, they do not believe in democracy.

It is clear that the Congress Party is opposing the Triple Talaq Bill. The support they extended in Lok Sabha was a sham. Today was a golden moment for the House to end the injustice, but because of Congress it could not happen : Union Minister Arun Jaitley

Rajya Sabha has been adjourned for the day. Will reconvene tomorrow for the debate.

Congress Leader Kapil Sibal criticised the government’s stand on the triple talaq bill saying, “What the law minister is saying in the house about the SC judgement is incorrect. This bill must be sent to a select committee.”

Jaitely on why it should not be reffered to select committee

The bill should not be referred to a select committee because two of the SC judges who said it was not unconsitututional but held it to be unfair, used their extraordinary power to suspend this practice for six months and the period would be over in February and It was suspended under Article 142. The court ‘beseeched’ all political parties and asked a law to be brought in.  Some people have said that they will still defy the verdict and now the house must show responsibility so that unconstitutional practice can be stopped. I want a ruling from you is there any select committee in history which has no members from ruling party? There is an urgency that the bill shall be passed by Parliament. The reason behind such an urgency is that the practice is unlawful and nation expects urgency in such important issues.

"Refer to rule cited by Sharma – 70 (2) (a) – is in chapter 9 – Bills originating in the council. This is not a bill originating in the council and it originated in the Lok Sabha, hence not an applicable rule.  Rule 125 is applicable. Any member if the bill has not been referred to a joint committee of the house, and if an amendment is moved to a select committee, then we have to follow rule 132. Rule 132 – Notice of an amendment to a motion has to be given one day in advance and no such advance notice was given. House is taken by surprise and motion is given to us after 3 pm. It is an invalid motion. First time in the history a motion is moved in such a way. India is watching that Opposition is blocking the bill in Rajya Sabha after passing it in the Lok Sabha," says Arun Jaitley.

It is an important bill. This is the norm of the house that I am allowed to give a statement when a bill is being moved. It’s a historic day. After the SC declared it unconstitutional and we received requests to pass a law to ban it. Even after the Lok Sabha passed the bill, Triple Talaq is still being given. A woman was given divorce through this in Moradabad, Ravi Shankar Prasad said.

The matter of states goes to states. I want this to be dealt in a organised manner. The hate speeches that were given in Maharashtra needs to be seen too, says Arun Jaitley

Congress is not againts the bill. We want the bill to be re-examined, says Ghulam Nabi Azad Leader of Opposition in Rajya Sabha. "We condemn the statement by Law Minister, that we are raising  Bhima-Koregaon Violence issue to stall Triple Talaq Bill. We have been raising the issue of Dalit atrocities as this govt is anti-Dalit."

Union Law Minister, Ravi Shankar Prasad says its unfortunate that the bill is not being allowed to take up for consideration. Opposition doesnt want to debate on the bill. This is a important bill, even the Supreme Court had raised strong objection. Despite its passage in th eLok Sabha, triple talaq is rampant.

Ruckus in Rajya Sabha over the triple talaq bill

Opposition is yet to give a notice on moving a motion for sending the bill to the Select Committee. Congress is not willing to disclose its stand so they are delaying the matter. They don't want a vote to take place on the Select Committee decision, says Government Sources. The Triple Talaq Bill has nothing new except for the addition of serious criminal charges which will damage a family setup and create a fear psychosis of a majoritarian regime.

The Triple Talaq Bill will be brought up for consideration at 4 pm. The Lok Sabha has already cleared the 'Muslim Women (Protection of Rights on Marriage), Bill. Parliamentary Affairs Minister Ananth Kumar said that the government would like the Congress to maintain the stand it took in the Lok Sabha by not pressing for amendments. The BJP's Parliamentary Party Board asked its MPs to be present in the House for smooth passage of the bill.

Rajya Sabha today saw two adjournments during the pre-lunch period, as several members including those from the Congress and BSP, sought to raise the issue of caste violence in Maharashtra. As soon as the Upper House began the proceedings with the laying of papers during Zero Hour, Chairman M Venkaiah Naidu asked Leader of Opposition Ghulam Nabi Azad to speak. In the meanwhile, Satish Chandra Mishra of BSP was on his feet and raised the Maharashtra violence issue, alleging that the RSS and BJP were responsible for the violence against Dalits.

Mallikarjun Kharge asks who instigated and interfered in this event.

Mallikarjun Kharge, Leader of Opposition in Lok Sabha, is addressing Lok Sabha over Maharashtra violence. Maharashtra remained on edge after the anniversary of a battle fought 200 years ago brought to fore simmering caste tensions even as a statewide bandh called today to protest the state government's alleged failure to stop violence witnessed stray protest by Dalits. Dalit protesters tried to block tracks at the Thane railway station today morning, but they were chased away soon and the traffic on the Central Railway line remained uninterrupted, said a railway official.

There was a heated conversation between Sushma Swaraj and Shashi Tharoor over Hindi language. Sushma said Hindi is not just limited to India, unlike what Tharoor alleged. "Its your misconception if you believe only in India people speak Hindi," Sushma to Tharoor.

"In today's parliamentary party meeting, we have discussed two important bills. First, the Constitution 123rd Amendment Bill which will give constitutional status to OBC Commission and Second, the bill which will end Triple Talaq & protect the rights of Muslim Women," says Ananth Kumar, Parliamentary Affairs Minister

BJP Parliamentary Party said Oppositions attempt to stall the triple talaq bill must be defeated, asks all its MPs to be present in Rajya Sabha for the smooth passage of the bill.

CLICK TO READ - Decoded: Bill That Criminalises Triple Talaq And the Controversy Around It 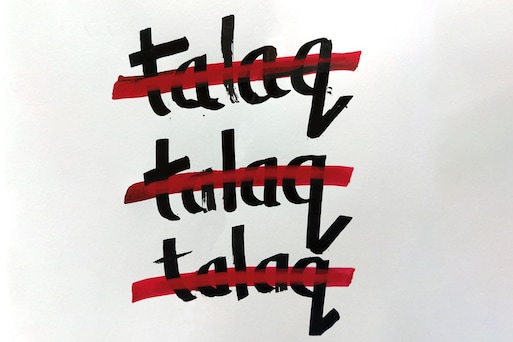 With the government introducing the Muslim Women (Protection of Marriage) Bill, 2017, questions have been raised in the Lok Sabha on the constitutional validity of the proposed legislation.

The Bharatiya Janata Party's parliamentary board meeting is underway to discuss Triple Talaq strategy before it comes up for consideration in Rajya Sabha today.