President Donald Trump has tested negative for COVID19 on consecutive days and is not infectious to others, the White House physician said on Monday, as Trump headed to Florida for his first campaign rally since he disclosed he contracted the virus.

CINCINNATI: President Donald Trump has tested negative for COVID-19 on consecutive days and is not infectious to others, the White House physician said on Monday, as Trump headed to Florida for his first campaign rally since he disclosed he contracted the virus.

Trump’s evening rally at an airport in Sanford, Florida, will kick off a three-week sprint to Election Day as new polls show him losing more ground to Democratic rival Joe Biden in two battleground states that could decide the Nov. 3 contest.

The president’s negative COVID-19 tests were the first announced by the White House since Trump, who spent three days in a military hospital, said on Oct. 2 that he contracted the virus. In a memo, Dr. Sean Conley said the tests and other clinical and laboratory data “indicate a lack of detectable viral replication.”

Biden also tested negative for COVID-19 on Monday, his campaign said in a statement. The former vice president has tested negative a number of times since Trump announced his positive test. 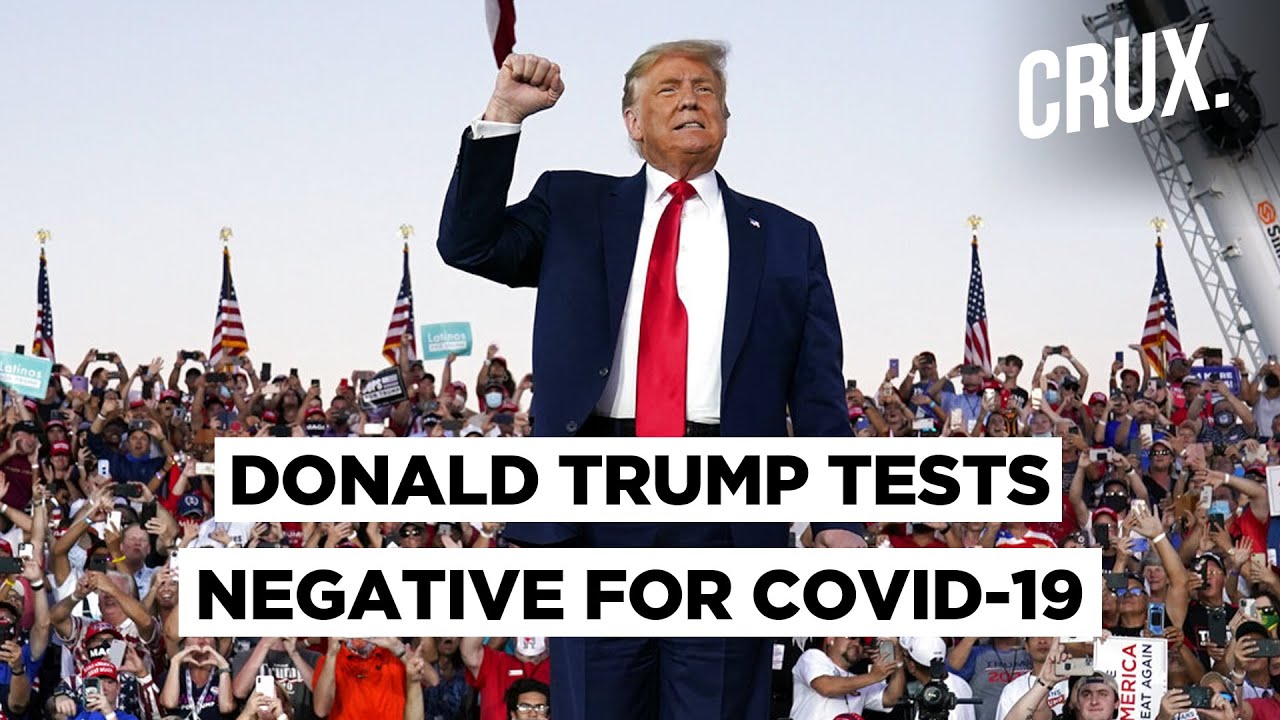 Trump, 74, is seeking to change the dynamics of a race that national opinion polls and some state polls show he is losing to Biden, who is 77.

Biden pulled further ahead in Wisconsin and Pennsylvania, building momentum in two states that Trump carried in the 2016 presidential election, Reuters/Ipsos opinion polls showed on Monday.

Taking advantage of his momentum and growing advantage in the polls, Biden on Monday campaigned in Ohio, where he was once considered a long shot, as he tries to expand his reach into Republican-leaning states.

Speaking to unionized auto workers in Toledo, Biden said he and former President Barack Obama played a key role in keeping the U.S. auto industry afloat during the financial crisis and recession more than a decade ago.

“Barack and I bet on you and the American worker and it paid off,” said Biden, who is hoping to undermine what polls show is Trump’s greatest strength, the view among some voters that the former real estate entrepreneur is better at handling the economy.

Biden also appeared at a get-out-the-vote event in Cincinnati. It was Biden’s second campaign trip in as many weeks to Ohio, which was once thought out of reach but where polls now show a competitive race.

Trump won the state by 8 percentage points four years ago and almost certainly must carry it again to win re-election. No Republican has won the White House without carrying Ohio.

For months, Trump had worked furiously to shift public attention away from the virus and his handling of the pandemic, which has infected more than 7.8 million people in the United States, killed more than 214,000 and put millions out of work.

His own illness has put the spotlight squarely on his coronavirus response during the closing stretch of the race, with the Biden campaign scaling up its attacks and stretching its campaign into states that normally lean Republican.

FLORIDA UP FOR GRABS

Trump’s rally in Florida, and planned rallies in Pennsylvania on Tuesday, Iowa on Wednesday and North Carolina on Thursday, will be watched closely to see whether the president has reshaped his campaign approach since contracting the virus.

“He has been like a racehorse who has been kept in a starting gate for too long,” Trump campaign senior adviser Steve Cortes told Fox News. “That horse is ready to gallop.”

Most recent polls in Florida, where a Trump loss would dramatically narrow his path to re-election, show Biden with a small lead. Trump won Florida in 2016 by just 1.2 percentage points.

Critics fault Trump for failing to encourage supporters at campaign events, and even White House staff, to wear protective masks and abide by social-distancing guidelines. At least 11 close Trump aides have tested positive for the coronavirus.

Trump told Fox News on Sunday he felt good and, without producing evidence, that he was now immune, an assertion that drew a flag from Twitter for violating the social media platform’s rules about misleading information related to COVID-19.

The scientific research has been inconclusive on how long people who have recovered from COVID-19 have antibodies and are protected from a second infection.