Uniform Civil Code Is Not Possible, It’s Not Even An Option: Law Commission Chairman

A man holds a banner during a rally organised by All India Muslim Personal Law Board (AIMPLB) against Uniform Civil Code. Image: Reuters

New Delhi: Terming the prospect of Uniform Civil Code difficult to implement, Law Commission Chairman Justice Balbir Singh Chauhan said “UCC is not possible and not even an option”.

“Personal Laws can never be done away with as they have constitutional protection,” Justice Chauhan told News18.

The 21st Law Commission is now planning to suggest specific amendments to several personal law legislations, dropping the idea of UCC, which gained momentum during public debate on instant triple talaq. “UCC is not possible. We will try to recommend religion-wise amendments in family laws. It would be the piecemeal way to suggest what are the changes required in Hindu law, Muslim law, Christian law, Parsi law, etc. We will target the problems of each religion and deal with them accordingly. We cannot take the whole UCC, as we cannot go outside the constitution,” said Justice Chauhan.

The Law Panel chief said the exemptions under the Constitution must be honoured and UCC could disturb the essence of the Constitution. “Constitution itself has given so many exemptions to so many people like the tribals, etc. There are exemptions even in Civil Procedure Code and Criminal Procedure Code… UCC is not a solution and there cannot be a composite Act. You cannot say forget the Constitution and do away with the sixth schedule. This would make people question their accession to the Indian Union on the understanding that they will be respected,” said Justice Chauhan.

When asked if the triple talaq verdict would allow judicial interference in personal laws, the law commission chairman said the personals laws are sacrosanct and cannot be touched by anyone. “Personal laws are part of the Constitution under Article 25 and can never be struck down. This is a misapprehension. Even if someone comes up with such a law, which violates the Constitution, it would be struck down,” said Justice Chauhan.

“In Muslim law, the suggestion that we have received is that the Nikahnama itself should have a condition that instant triple talaq will be done away with… like a clause in the contract. This enforcement of the contract will be in place even if the government is not able to bring the proposed law,” said the former Supreme Court judge, adding that the Law Commission need not intervene in aspects where the court has already issued a verdict.

The Commission had earlier sought response from the general public on the feasibility and various aspects of UCC. “Earlier, we had sought response from people and we got over 50,000 responses. But now, after going through the responses, we have realised that most of them were with regard to triple talaq. Now that matter has been settled by the SC, it’s of no use to us anymore,” said Justice Chauhan. 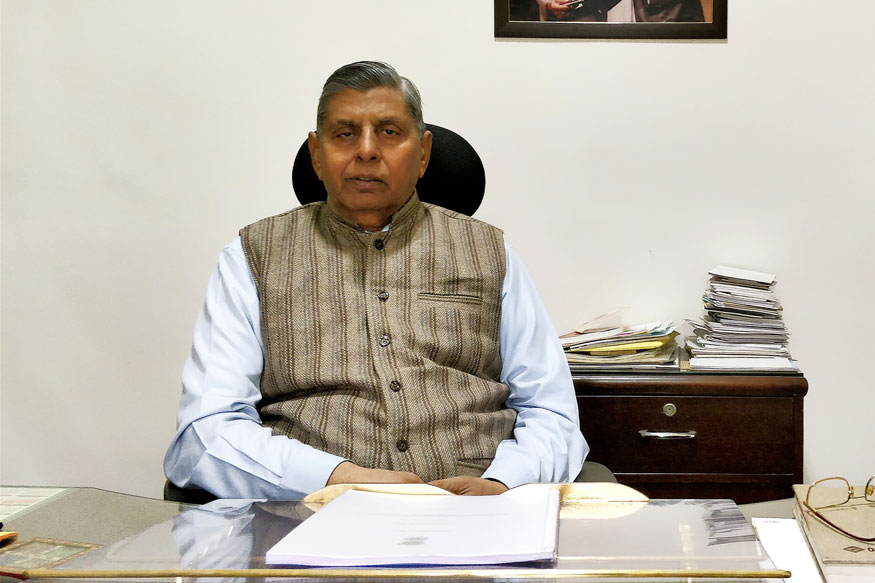 Justice Chauhan refuted the media reports that draft UCC would be available by early next year. “The deadline for the UCC is my own tenure and that is August 30, 2018. It is not a thing that can be prepared in a half-baked manner. If not a composite legislation for everyone, at least specific amendments can be made,” he said.

UCC is also not possible because of the customs prevalent in remote parts of India, which are protected by the Constitution. “In a particular community in North East, the whole property goes to the younger daughter. Then the son-in-law comes and settles there and he is not only husband of the girl but also becomes the husband of the girl’s mother. This practice is known as Nokuram and the son-in-law becomes the man in place of father-in-law for all purposes and not only property. Now what do you do with it under UCC? It is protected under the Constitution,” said Justice Chauhan.

The commission was asked by the law ministry in June 2016 to examine whether a uniform civil code could be introduced in India now where all religions have separate personal laws.
Tags: