The reward declared by the police department on Dubey has now been increased from Rs 50,000 to Rs 1 lakh as Vikas Dubey remains at large even after two days of the incident.

Lucknow: An aide of absconding gangster Vikas Dubey — the main accused in the cold-blooded murder of eight UP cops — on Sunday admitted that someone from the police department had called Dubey and alerted him about the police raid.

Dayashankar Agnihotri, a close aide of aide of the notorious gangster, was arrested by police after an encounter in Kalyanpur area of Kanpur. Dayashankar was shot in the leg during the encounter on Saturday and has been admitted at district hospital for treatment. He is one of the 18 aides of Dubey on whom the police had declared a reward of 25,000 rupees each.

In a major revelation, Dayashankar confirmed that Dubey had received a call from police before the raid after which he alerted his gang members and got time to prepare an ambush for the police party which was coming to arrest him. Dayashankar further said that during the raid there was just one weapon in the house which Dubey used to fire at the cops. Dayashankar said he was locked up inside a room during the shootout and did not fire. He added that was not sure about the exact number of people who were involved in firing at the police party. 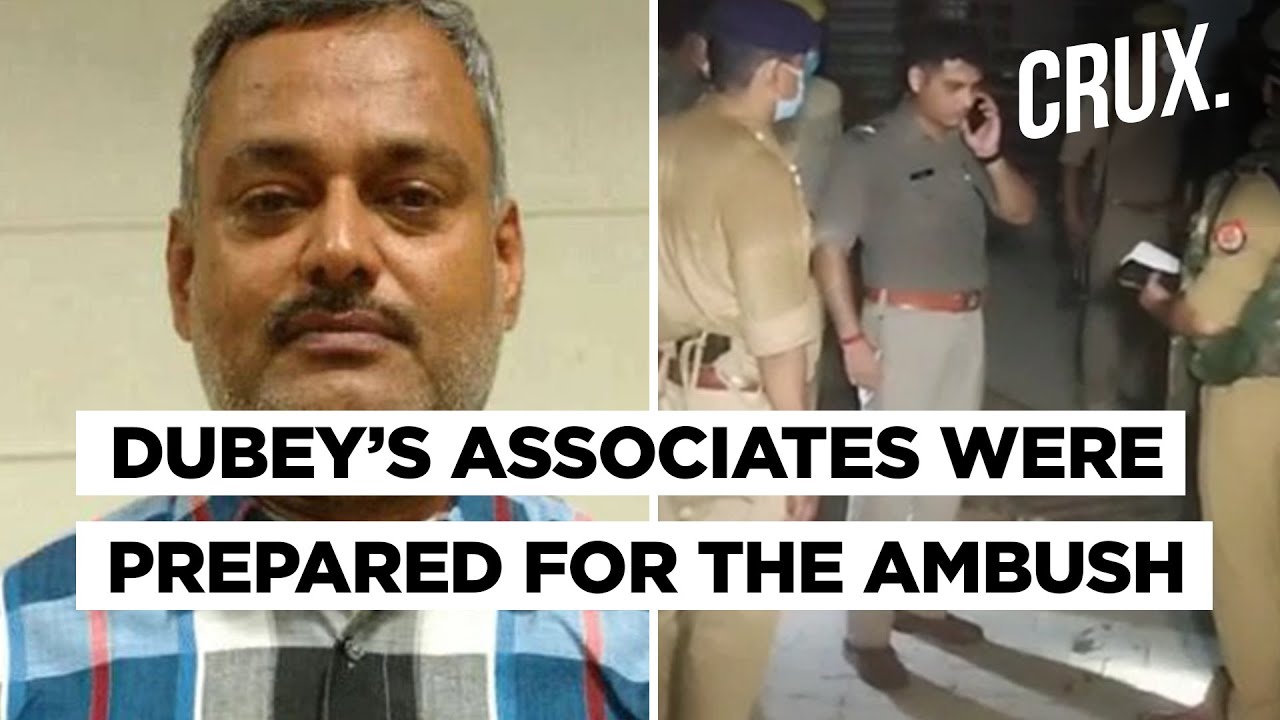 Meanwhile, after initial investigation, Vinay Tiwari, SHO of Chaubeypur, has been suspended and is being further investigated in the case for his alleged involvement in tipping off Dubey ahead of the police raid.

The reward declared by the police department on Dubey has now been increased from Rs 50,000 to Rs 1 lakh as Dubey remains at large even after two days of the incident. More than 60 teams of UP Police along with UPSTF involving more than 1,500 police inspectors are on the lookout for him. On Saturday evening, sources claimed that Dubey was looking to surrender at the Unnao Court. Soon after the information spread, heavy police force was deployed at the court.