A migrant worker carrying his father on his back has his temperature checked before getting themselves registered for a train to their home state of Uttar Pradesh, during an extended lockdown to slow the spreading of the COVID-19, in New Delhi, India, May 26, 2020. (REUTERS/File)

Additional Chief Secretary (Medical and Health) Amit Mohan Prasad said there are 7,451 active cases in the state and so far a total of 17,597 people have been discharged from hospitals after recovery.

Uttar Pradesh on Friday suffered the steepest single-day spike in coronavirus infections with 972 people testing positive for it, making the COVID-19 cases cross 25,000-mark in the state, an official said.

Additional Chief Secretary (Medical and Health) Amit Mohan Prasad said there are 7,451 active cases in the state and so far a total of 17,597 people have been discharged from hospitals after recovery.

The total number of positive cases has mounted to 25,797, he added. On the positive side, the testing capacity in the state has exceeded 25,000-mark a day, he said.

A total of 27,565 samples were tested on Thursday, he said, adding with this the total number of tests in the state has crossed 8.10 lakh-mark. 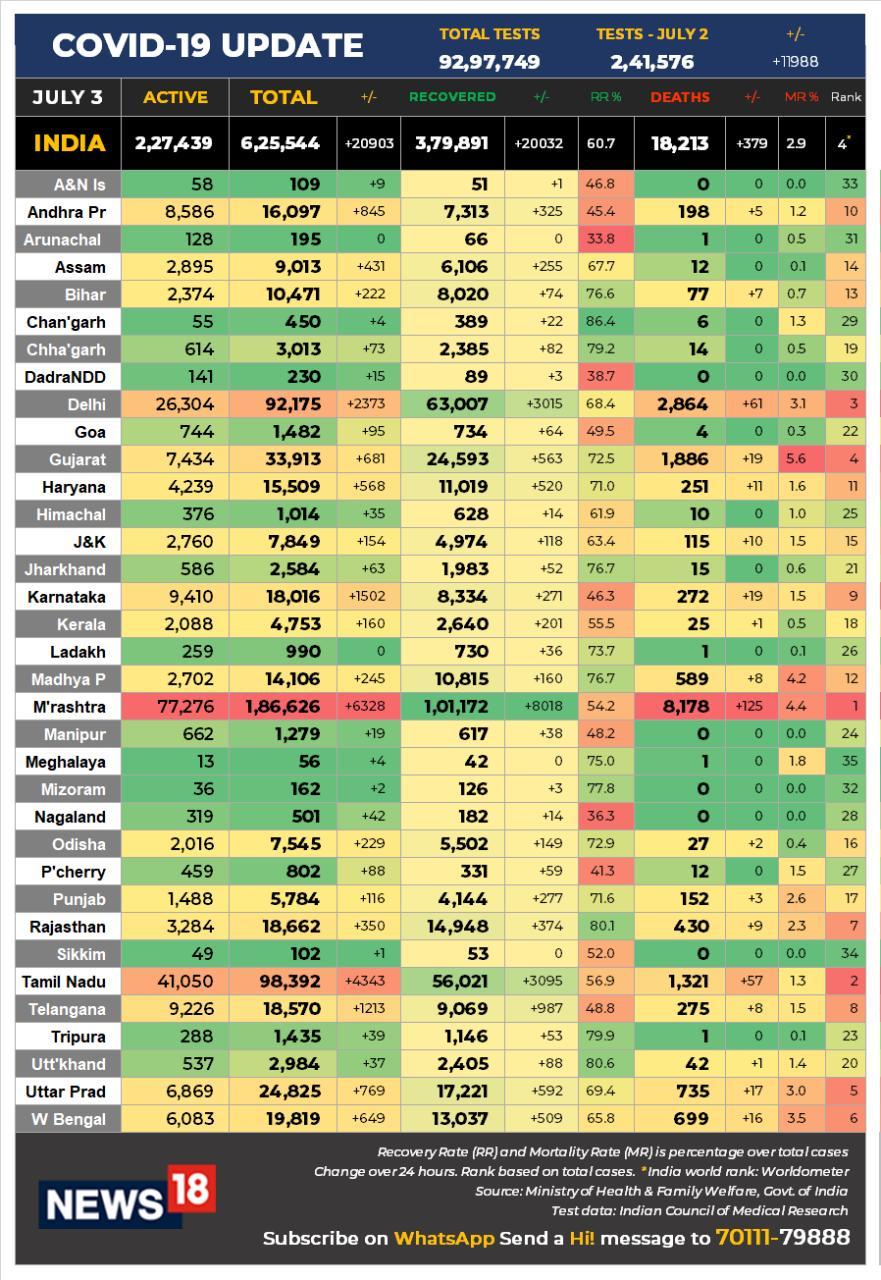 Referring to the vast screening campaign which started in the state's Meerut division on Thursday, he said a door-to-door screening would be carried out during this drive.

During the drive, the health workers would also prepare a list of high-risk groups and people with co-morbidity among others and would also paste stickers on doors carrying helpline numbers and measures required to prevent the infection.

This campaign in Meerut division will be held from July 2 to 12 and from July 5 to 15 in other divisions, he added.

Besides, launching the screening campaign, the state government on Friday also invited new ideas on how to check the spread of coronavirus infection.

People can send their ideas in one-minute video footages or 150-word write-ups by July 8, said Prasad, adding the result will be declared on July 15 after evaluation of the ideas by a panel of experts.

A dedicated WhatsApp number and e-mail has also been created for sharing these ideas or video clips, he said.

Private hospitals have set up 3,562 helpdesks, he said, giving details of the number of helpdesks set up by different departments.

"This initiative to set up well-equipped helpdesks in hospitals and offices will help in referring cases promptly to hospitals for a speedy recovery," he said.

Prasad said targeted random testing was undertaken for vegetable and fruit vendors besides roadside dhaba workers in all 75 districts of the state.

Among the 5,508 samples taken for testing, 50 were found positive in 19 districts, he said, expressing confidence that this exercise will help create awareness about the virus among this section of people.

Similar random testing has also been done among medicine sellers and hospital workers, he said.