On Sunday, the Vice-President had cut short his visit to Hyderabad and returned to the national capital to set in motion the process of consultations after an impeachment notice was filed against the CJI.

“The motion presented by the MPs indicates a mere suspicion, conjecture or an assumption in the Prasad Education Trust case. The same does not constitute proof beyond a reasonable doubt required to make out a case of proved misbehavior,” says the order by Naidu.

The order said the conversation between third parties with dubious credentials cannot themselves constitute material evidence against CJI. "Going through the allegations mentioned in the notice, I am of the view they are neither tenable nor admissable. The allegations emerging from the case have a serious tendency of undermining the independence of the judiciary," it added.

On Sunday, the Vice-President had cut short his visit to Hyderabad and returned to the national capital to set in motion the process of consultations after an impeachment notice was filed against the CJI.

The Congress said that the Rajya Sabha chairman can't adjudge the motion.

Constitutional process of impeachment is set in motion with 50 MP’s giving the motion.

RS Chairman can’t adjudge the motion, for he has no mandate to decide the merits of the motion.

According to sources, Naidu held deliberations with a number of constitutional and legal experts, including Attorney General K K Venugopal.

They also said that Naidu continued with the discussions till late in the evening and also spoke to K Parasaran, who was the attorney general during the Congress governments led by Indira Gandhi and Rajiv Gandhi and was also a member to the Upper House nominated by the party.

Subhash Kashyap, who was consulted by the Vice President, said that he feels the notice should be rejected out rightly.

"It's a completely politically motivated motion. I think the Rajya Sabha Chairman (Naidu) should outright reject it. This is a completely politically motivated motion aimed at lowering the prestige of judiciary. Secondly, there is nothing like impeachment for judges. That is only for the president. The judge can only be removed on the ground of proven misbehavior or incapacity. But even then the Chairman should not entertain it," he told News18.

This comes after Congress and six other opposition parties on Friday moved a notice for the impeachment of CJI Dipak Misra, accusing him of five counts of "misbehaviour" and "misusing" authority.

The opposition parties had met Naidu and handed over the notice for the impeachment with signatures of 64 MPs of the Upper House. The MPs who signed the notice belong to the Congress, the NCP, the CPI (M) and CPI, the SP, the BSP and the Indian Union Muslim League (IUML). The leaders of these parties earlier met in Parliament and gave the final shape to the notice for impeachment.

The parties had briefed the media after handing over the notice to the Upper House chairman. While reviewing the notice, the Rajya Sabha officials had mentioned that making public the contents of a notice before it is admitted by the chair is in violation of parliamentary rules.
According to the provisions in the handbook for Rajya Sabha members, no advance publicity should be given to any notice to be taken up in the House till it is admitted by the chairman.

The move to propose impeachment notice against the CJI has led to a slugfest between the Congress and the BJP. Meanwhile, the Congress said that the CJI should consider recusing himself from judicial and administrative duties until his name is cleared. The BJP has said the Congress was trying to demean, degrade and denigrate the judiciary by moving the notice. 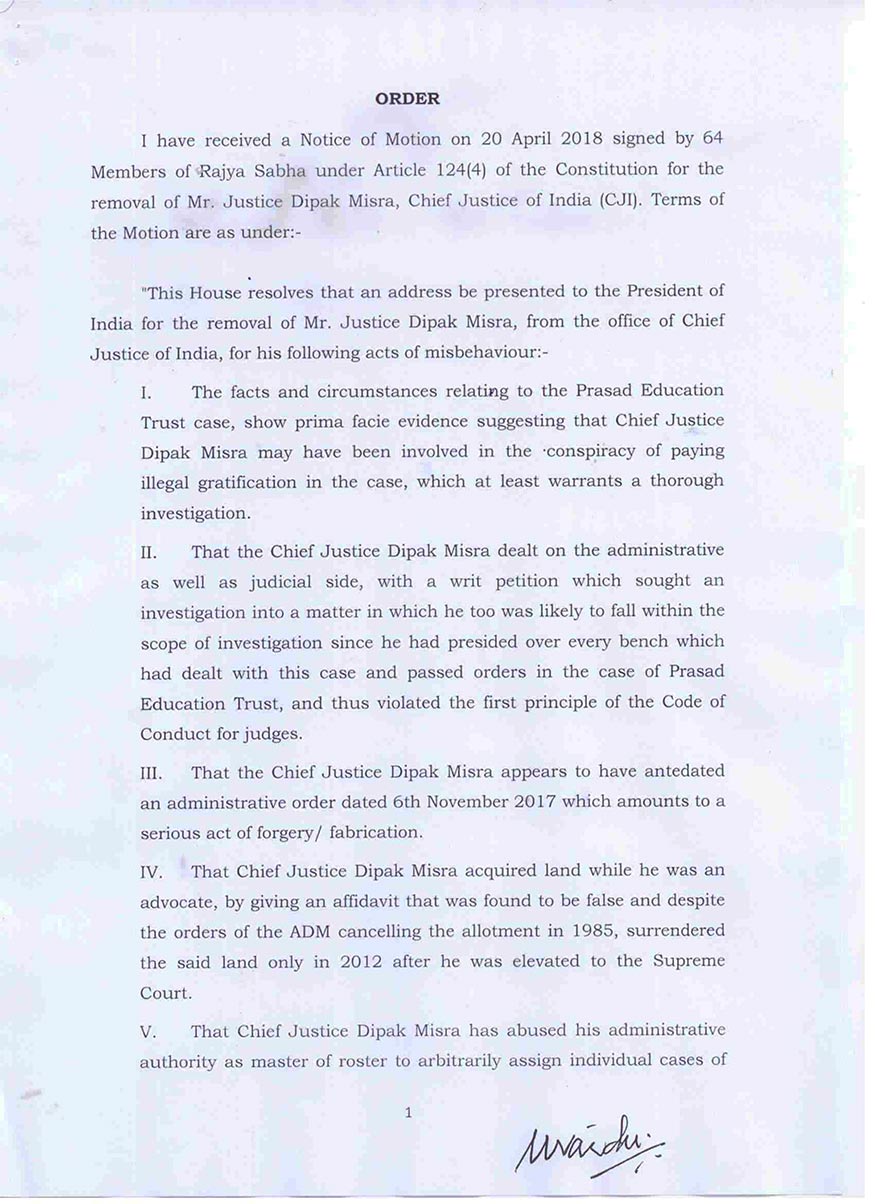 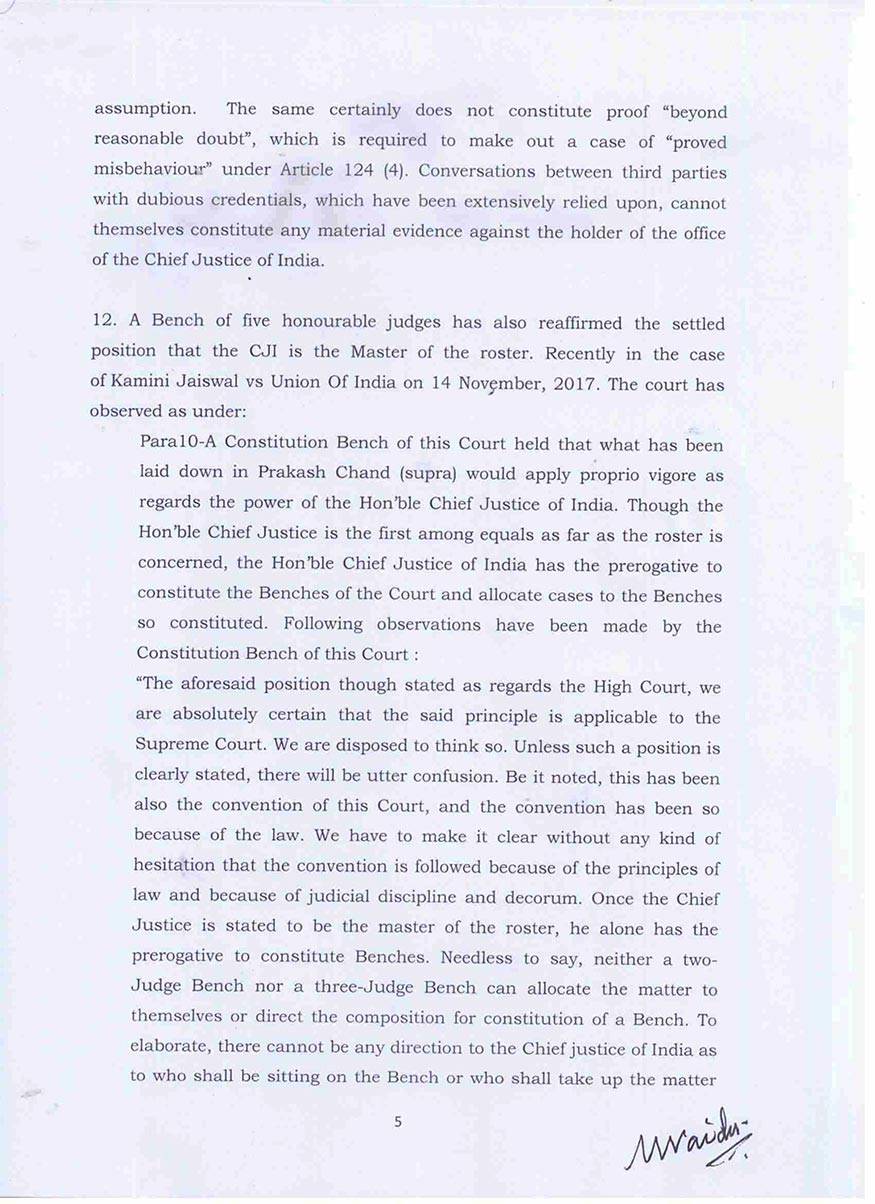 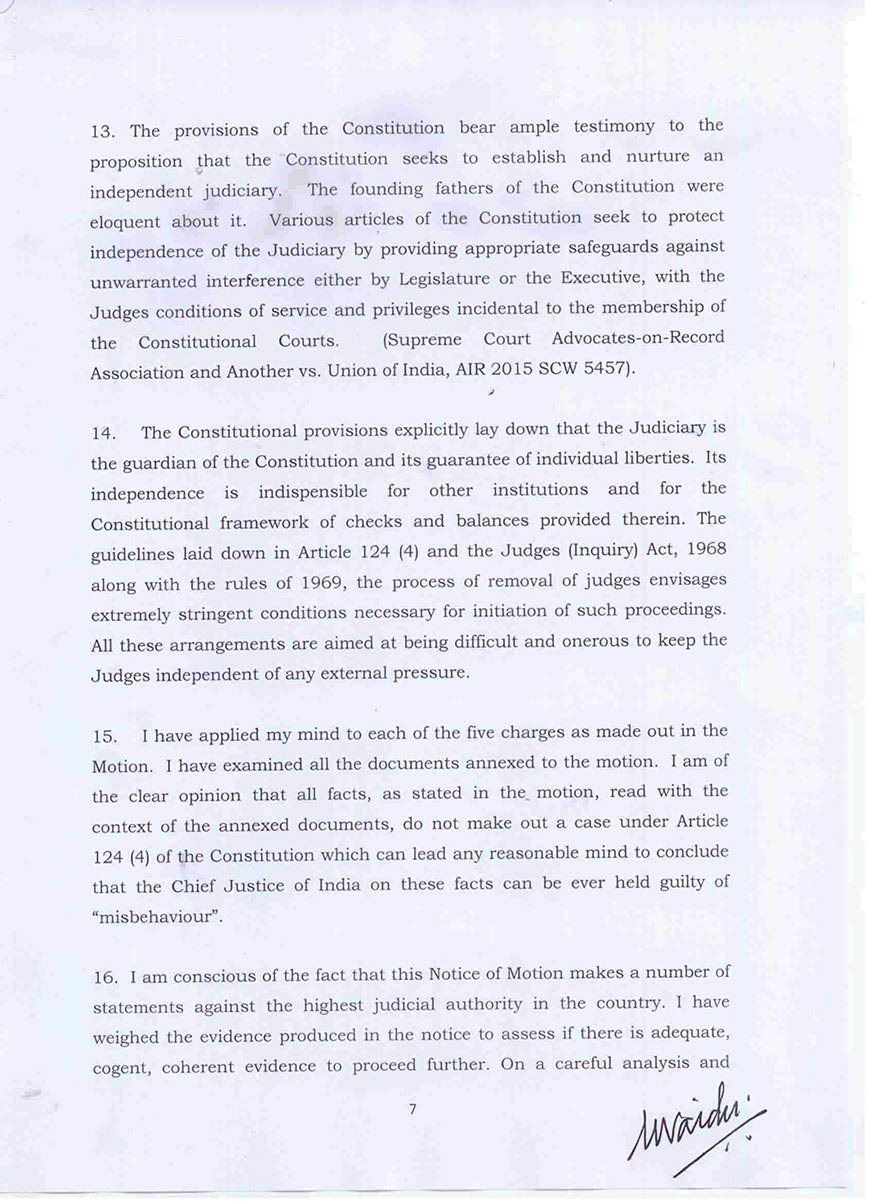 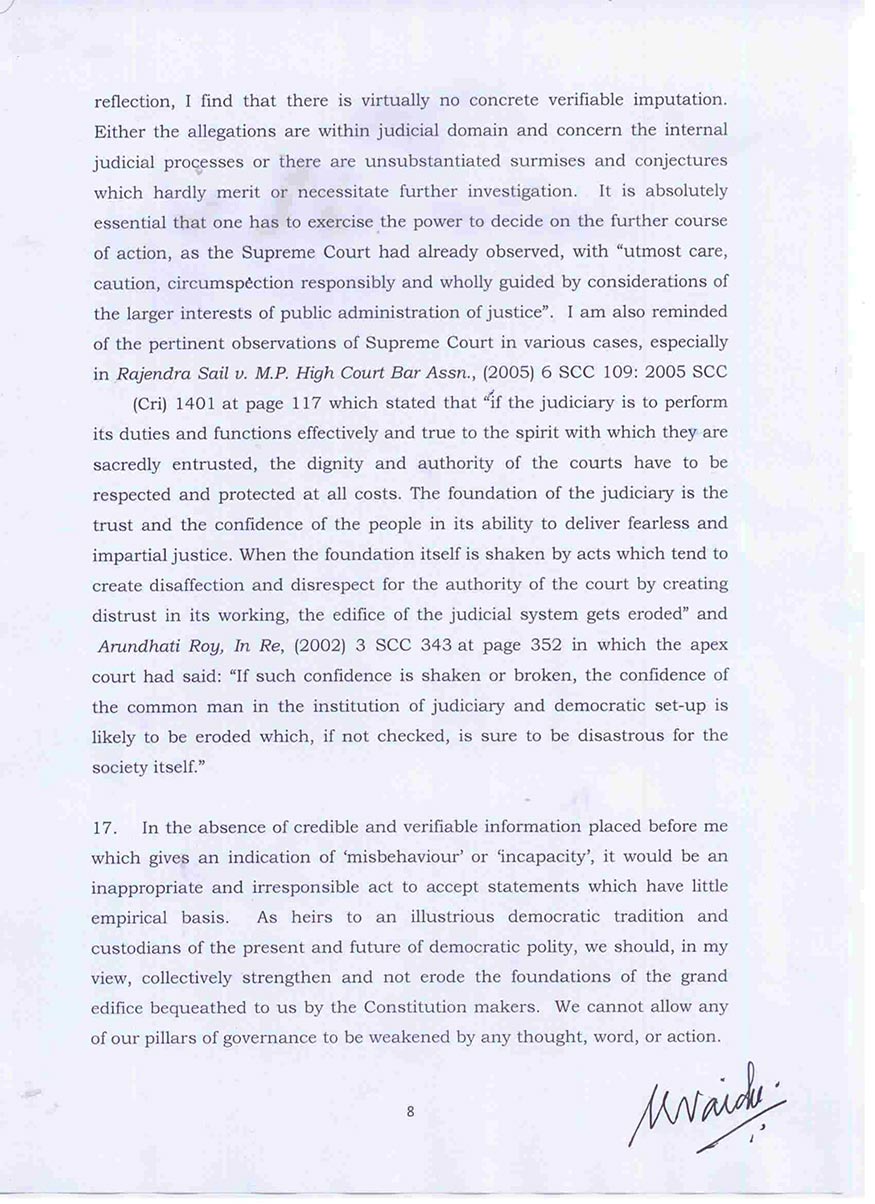