Liquor baron Vijay Mallya, who is wanted in India for defaulting on loans worth Rs 9,000 crore, was arrested in London on Tuesday but was granted bail soon after.

Mallya has repeatedly refused to appear before courts and investigators in India since he secretly fled to Britain in March, 2016, after defaulting on loan payments to state-owned banks and allegedly misusing the funds.

Enforcement Director counsel Hiten Venegaonkar told CNN-News18 that the bail to Vijay Mallya was a procedural matter and that he would be released soon. Venegaonkar said the fresh affidavit filed by the agency was only related to the IDBI offence, and said it contained concrete evidence against Mallya.

The CBI and ED had recently uncovered that Mallya had diverted a major chunk of Rs 6,027 crore loan, taken from a consortium of 17 banks led by SBI, to several countries including US, UK, France and Ireland. The two agencies are now planning to file chargesheets and present it as evidence in the Westminster Magistrates' Court to expedite his extradition.

Vijay Mallya has been granted bail by the London court. 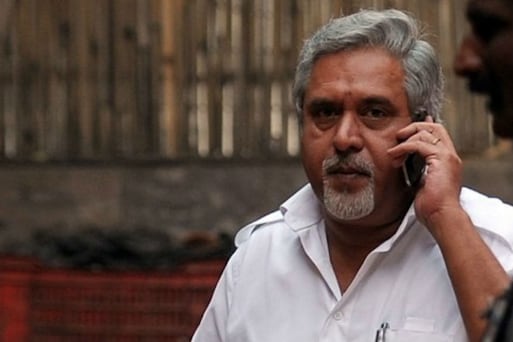 Here is a look at the timeline of events in the Mallya's loan default case.

According to sources, the cases filed by the Central Bureau of Investigation and the Enforcement Directorate are likely to be clubbed in the London court. His financial dealings are being investigated separately by the two agencies. More than half a dozen court warrants have already been issued against his name, and he owes banks at least Rs 9,000 crore.

Mallya has repeatedly refused to appear before courts and investigators in India since he secretly fled to Britain last March, after defaulting on loan payments to state-owned banks and allegedly misusing the funds by rerouting them to tax havens.

2006: KFA approaches for a loan to IDBI Bank, bank’s committee declined the proposal.

2009:  IDBI changes its mind and decides to provide a loan of Rs 900 crore to the airlines.

2011: 11 bank accounts were suspended by service tax department for non-payment of Rs 70 crore.

2016: Vijay Mallya in discussion with banks to settle debt.

Mallya went to Britain in March 2016 after being pursued in courts by banks seeking to recover about Rs 9,000 crore owed by his Kingfisher Airline. Despite multiple injunctions, he has failed to appear before investigators at the Enforcement Directorate in connection with a probe under the Prevention of Money Laundering Act (PMLA).

Mallya was also arrested by the London police in April this year but was granted bail the same day. India had given a formal extradition request for Mallya as per the Extradition Treaty between India and the UK through a note verbale on February 8.

According to reports, the liquor baron was arrested after the Enforcement Directorate filed a fresh affidavit in a London court in the ongoing money laundering case against Mallya.

Embattled businessman and loan defaulter Vijay Mallya, who fled to London in 2016, has been arrested by the Scotland Yard.


Here are the highlights.