According to sources, police have conducted a raid at the Faridabad hotel and have taken three people into custody, who are now being interrogated. Vikas Dubey, the notorious criminal who carries a reward of Rs 2.5 lakh, is still absconding.

Lucknow: History-sheeter Vikas Dubey, whose henchmen gunned down eight UP police personnel, has been 'spotted' at a hotel in Haryana's Faridabad.

According to sources, police have conducted a raid at the hotel and have taken three people into custody, who are now being interrogated.

A source said that Dubey had reached Faridabad and was trying to get a hotel room but he could not get it because of lack of documents. He was captured on CCTV of the hotel

The history-sheeter, however, managed to escape from the location before police could reach him. Meanwhile, two close aides of Dubey have been arrested from Faridabad by UP STF for allegedly helping him. As per information, the gangster was trying to surrender before court in the NCR area. 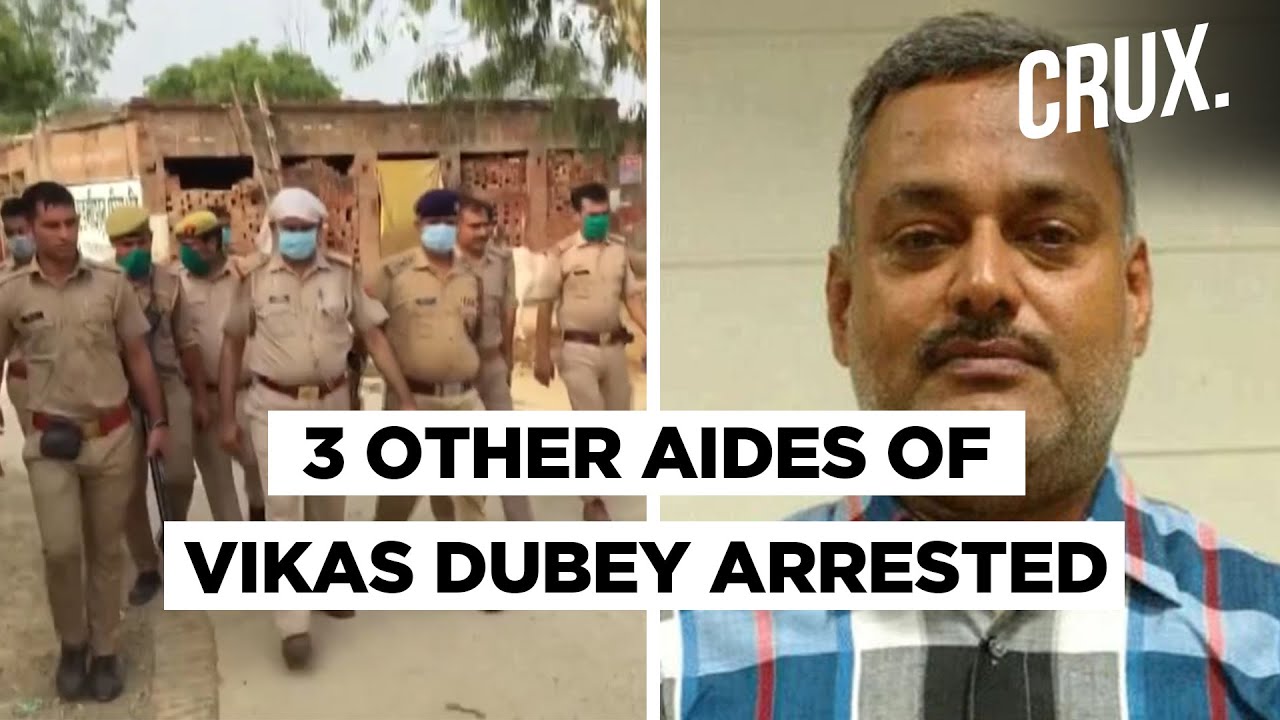 Eight policemen, including a DSP, were ambushed in Chaubeypur police station area when they were going to arrest Vikas Dubey in Bikru village and fell to bullets fired from rooftops past Thursday midnight.

Seven others, including a civilian, were injured in the attack. The attackers fled, snatching weapons from the dead and the wounded policemen.

Vikas Dubey, the notorious criminal who carries a reward of Rs 2.5 lakh, is still absconding.

More than 25 teams have been formed by the UP Police to nab the history-sheeter Vikas Dubey who was yet to be apprehended.

Police officials also said the surveillance team was scanning over 500 mobile phones and efforts were on to retrieve information pertaining to Dubey, who has faced about 60 criminal cases. The Special Task Force of UP Police has also been roped in.

Earlier on Wednesday, the Uttar Pradesh Special Task Force (STF) killed an aide of the gangster. He is the third member of Vikas Dubey's gang to be killed in an encounter with the police.

Amar Dubey, who carried a reward of Rs 25,000, was killed in an encounter in Maudaha village in Hamirpur district, STF IG Amitabh Yash was quoted as saying by PTI.

The police had earlier killed criminals Prem Prakash Pandey and Atul Dubey in an encounter in Kanpur on Friday.

Vikas Dubey's close relative Shama, neighbour Suresh Verma and domestic help Rekha and her husband Dayashankar Agnihotri, a key member of Dubey's gang, have been arrested by police. Agnihotri was arrested on Sunday after an encounter in which police shot him in the leg.

On Tuesday, all 68 personnel of the Chaubeypur Police Station were shunted to the reserve police lines amid doubts over their professional integrity.

The announcement was made soon after police transferred Anand Deo, DIG STF, who till recently was the Senior Superintendent of Police in Kanpur. Deo was transferred to the Provincial Armed Police (PAC) unit in Moradabad.

Deo was the Kanpur SSP in March when Deputy Superintendent of Police Devendra Mishra purportedly wrote a damning letter, which surfaced on the social media after he was killed in the Bikru ambush.