The police, on the other hand, has all along been supporting handcuffing at various judicial forums on the ground that the practice has been quite helpful in ensuring that a dreaded accused or convict does not flee the custody.

The alleged encounter killing of dreaded gangster Vikas Dubey on Friday has kicked up dust over his not being apparently handcuffed by the police, against the backdrop of the Supreme Court's disapproving the practice in various orders, calling it "inhuman, unreasonable, over harsh and arbitrary".

The police, on the other hand, has all along been supporting handcuffing at various judicial forums on the ground that the practice has been quite helpful in ensuring that a dreaded accused or convict does not flee the custody.

The apex court has from time to time issued a slew of directives on the procedure to be followed while handcuffing an undertrial, maintaining that the insurance against escape does not compulsorily require handcuffing. 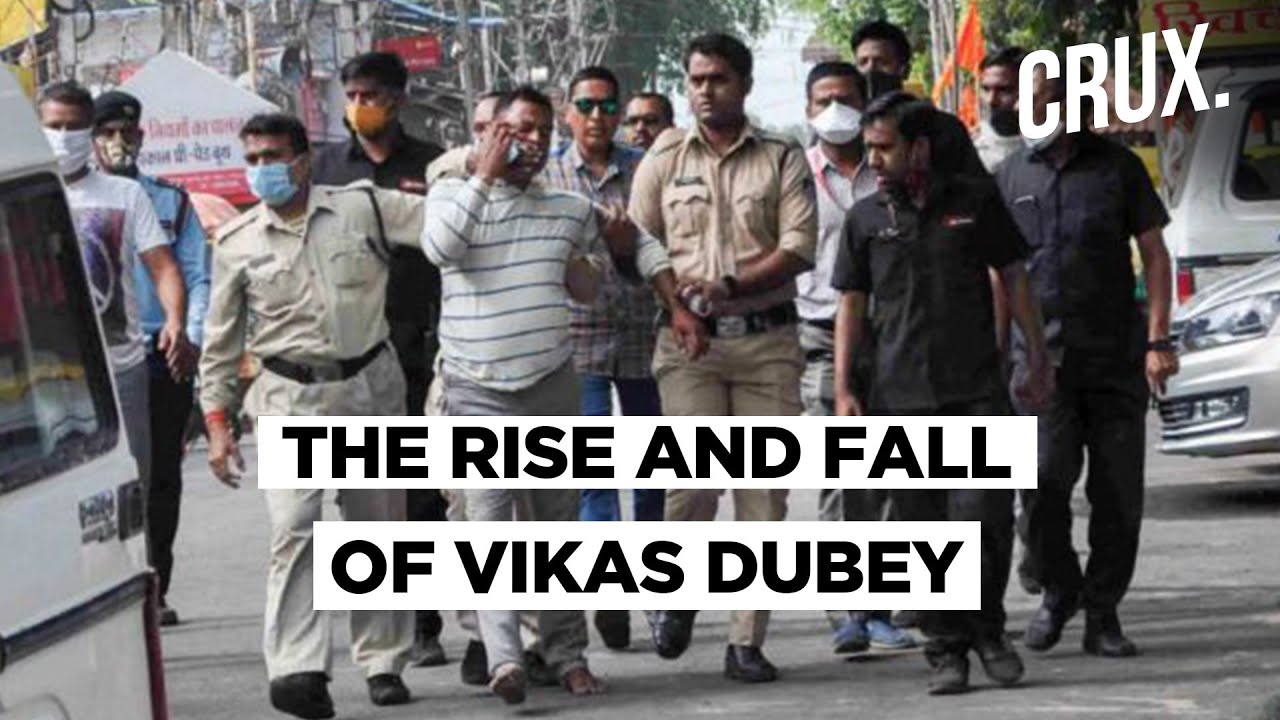 According to police, Dubey was killed after he tried to escape from the spot in Bhauti during his transit from Ujjain to Kanpur and their car met with accident.

It said the gangster snatched a pistol from one of the policemen injured in the accident and was shot when he opened fire while trying to flee, an account being questioned by opposition parties in Uttar Pradesh.

Six policemen, including two from the Special task Force, were hurt in the accident and the exchange of fire around 6 am, an official said.

With this incident, the debate over handcuffing criminals while taking them from one place to another has ensued once again.

The apex court in 1995 held that minimal freedom of movement cannot be cut down by application of handcuffs or other hoops.

It had categorically stated that handcuffing of prisoners without judicial consent was illegal.

"We clearly declare -- and it shall be obeyed from the Inspector General of Police and Inspector General of Prisons to the escort constable and the jailwarder -- that the rule, regarding a prisoner in transit prison house and Court house, is freedom from handcuffs and the exception, under conditions of judicial supervision we have indicated earlier will be restraints with irons to be justified before or after," the apex court said.

In another case -- Prem Shankar Shukla vs Delhi Administration, the top court in 1980 made important observations on he issue and said that there were other measures whereby an escort can keep safe custody of a "detenu without the indignity and cruelty implicit in handcuffs or other iron In contraptions".

It said: "Handcuffing is prima facie inhuman and, therefore, unreasonable, is over harsh and at the first blush, arbitrary. Absent fair procedure and objective monitoring to inflict "irons" is to resort to zoological strategies repugnant to Article 21."

"Surely, the competing claims of securing the prisoner from fleeing and protecting his personality from barbarity have to be harmonized".

The top court has observed that to prevent the escape of an undertrial is in public interest, reasonable, just and cannot, by itself be castigated.

"But to bind a man hand and foot, fetter his limbs with hoops of steel, shuffle him along in the streets and stand him for hours in the courts is to torture him, defile his dignity, vulgarise society and foul the soul of our Constitutional culture," it said.

Referring to Articles 14 (Equality before law) and 19 (Freedoms of speech), the top court had S aid that when there is no compulsive need to fetter a person's limbs "it is sadistic, capricious, despotic and demoralizing to humble a man by manacling him".

"Such arbitrary conduct surely slaps Article 14 on the face. The animal freedom of movement, which even a detained is entitled to under Article 19, cannot be cut down cruelly by application of handcuffs or other hoops.

"lt will be unreasonable so to do unless the State is able to make out that no other practical way of forbidding escape is available, the prisoner being so dangerous and desperate and the circumstances so hostile to safe keeping," it had said.