Indian and Chinese militaries on Monday held a second round of Lt General-level talks in an attempt to defuse the tensions between the two countries following the violent clashes.

Days after India and China engaged in a deadly face-off in the Galwan Valley in Ladakh, a video surfaced online shows a high-altitude skirmish in Sikkim between the soldiers of the two countries.

The viral video, the authenticity of which News18 cannot verify, shows both sides coming to blows and a Chinese soldier getting punched by an Indian jawan.

The videos appears to have been shot on a mobile phone and lasts for over five minutes. Both sides can be seen shoving each other amid shouts of ‘Go back’ and ‘don't fight’.

While it is not clear when the video was shot, it has emerged at amid heightened tensions due to the skirmish at Galwan Valley on June 15 in which 20 Indian soldiers were killed, even as the country's top army leadership carried out a detailed review of the situation in eastern Ladakh. 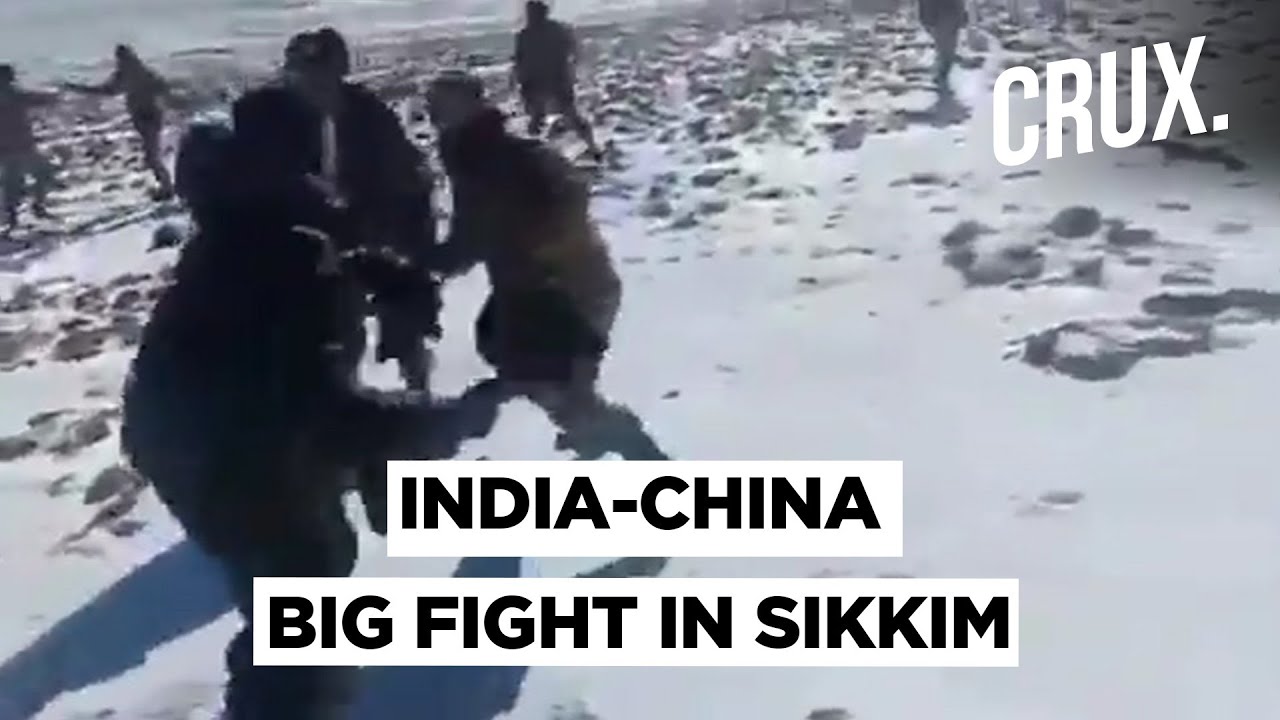 Indian and Chinese militaries on Monday held a second round of Lt General-level talks in an attempt to defuse the tensions between the two countries following the violent clashes.

Amid the bilateral tensions, Army Chief Gen MM Naravane will visit Ladakh on Tuesday and Wednesday to discuss with ground commanders the six-week standoff with Chinese military, army sources said. The Chief of the Army Staff will visit forward locations and interact with troops on the ground, they said.

The government has given "full freedom" to the armed forces, deployed along the 3,500-km de-facto border with China, to give a "befitting" response to any Chinese misadventure, government sources said after Defence Minister Rajnath Singh reviewed the situation in eastern Ladakh at a meeting with the top military brass on Sunday.

The Army has already sent thousands of additional troops to forward locations along the border in the last one week. The IAF has also moved a sizable number of its frontline Sukhoi 30 MKI, Jaguar, Mirage 2000 aircraft and Apache attack helicopters to several key air bases including Leh and Srinagar following the clashes.

The Indian delegation at the talks in Moldo was led by 14 Corps Commander Lt Gen Harinder Singh while the Chinese was headed by the Commander of the Tibet Military District.