Activist Abdul Jabbar had fought for justice for the victims of the world’ most infamous industrial disaster for almost 35 years before breathing his last on November 14 last year.

Bhopal: Dubbed the ‘voice’ of thousands of 1984 Bhopal gas tragedy victims, activist Abdul Jabbar will be conferred the Padma Shri posthumously. The names of the awardees were announced by the government on the eve of the country's 71st Republic Day.

Jabbar had fought for justice for the victims of the world’ most infamous industrial disaster for almost 35 years. ‘Jabbar Bhai’, as he was fondly known to Old City residents, had breathed his last on November 14, 2019, due to ailments he suffered during the 1984 tragedy.

The MP government had conferred him with the Indira Gandhi Social Service Award soon after his demise in acknowledgement of his selfless services to humanity.

Jabbar was only 27 and did odd jobs, including illumination of movie hoardings, when the catastrophe had struck the city on the intervening night of December 2 and 3 in 1984. The city was asleep, and so was Jabbar, on a chilly night when Methyl IsoCyante started leaking from the Union Carbide plant.

As the intensity of a red chilli-like odour of the gas continued to increase, Jabbar had swung into action. He first rode for about 40km and dropped his mother in the Rajendra Nagar area. Then he returned to his colony, barely 1.5km away from the plant, to fulfil his duty towards his neighbours.

However, he still lost his mother and brother on the fateful night as the toxic gas had already spread. He himself lost about 50% vision and was soon affected by serious lung ailments. Soon after, he took up the fight against Union Carbide in courts for adequate compensation for about five lakh affected people and families of 25,000 victims (according to official records). 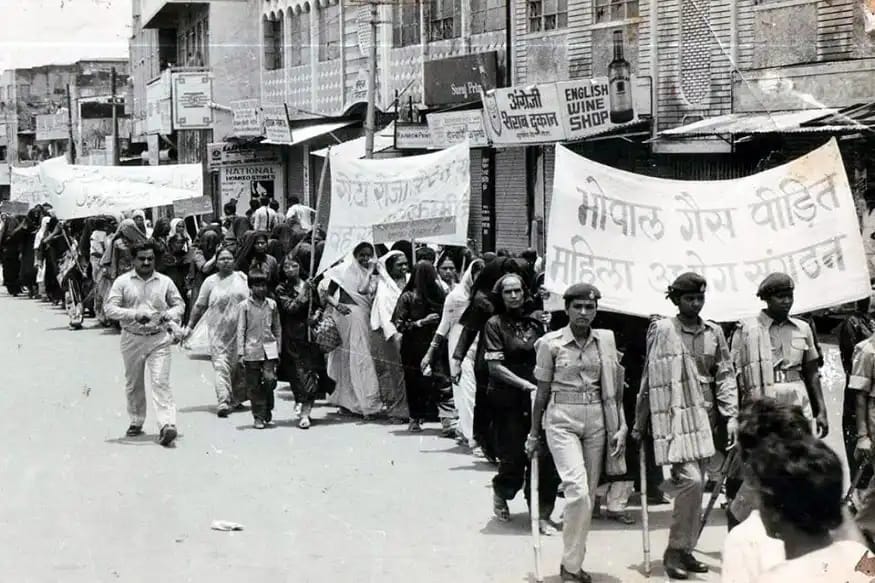 (Activist Abdul Jabbar during a rally)

In 1987, he set up the Bhopal Gas Peedit Mahila Udyog Sangthan, a survivors’ organisation demanding sustenance allowance and compensation for victims, especially widows of the gas tragedy.

Jabbar had also imparted vocational training to about 5,000 survivor women at his Swabhiman Kendra (an economic rehabilitation centre) in Old city to help them earn a living.

Apart from several agitations organised in Bhopal, he had also led protest marches in the national capital and drew the attention of parliamentarians on a number of occasions.

After the compensation was doled out in year 1989 (though survivors still term it insufficient), Jabbar started focusing on skill development of those who were left with physical ailments after the tragedy.

Despite severe illnesses and financial hardships, he had persisted with his fight for the victims till his last breath.